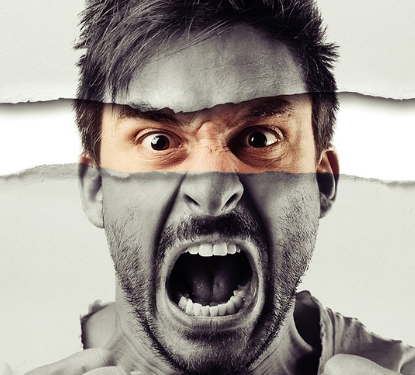 In a September 2022 blog post, YouTube’s Global Head of Music revealed that in the 12 months between July 2021 and June 2022, YouTube paid over $6 billion to the music industry.

Trade groups, including IFPI and the RIAA, believe the return should be even greater.

So-called ‘stream-ripping’ services typically use YouTube as a source while allowing users to keep copies of copyright tracks on their devices. According to IFPI’s Engaging With Music Report 2022 (pdf), an estimated 27% of Indian music consumers obtain music this way.

An IFPI announcement published yesterday focuses on India’s piracy problem. The industry group says that while Indian consumers have access to more licensed digital services than ever before, three-quarters of internet users use unlicensed or illegal ways to listen to music in the country. That statement deserves nuance.

While around three-quarters of internet users do obtain content illegally, 88% of Indian music consumers use licensed streaming services too. That’s an impressive level of penetration overall, but IFPI would much prefer it if users consumed all of their content legally. For that to happen, India’s stream-ripping habit needs to be addressed.

“The ruling, which was published by the Delhi High Court today, requires ISPs in India to block access to 20 stream ripping sites, disrupting one of the most prominent forms of music piracy in the country,” IFPI’s announcement reads.

The ruling made available by the High Court mentions three domains specifically. Yt1s.com enjoys around 18 to 20 million monthly visits, while the apparently connected yt1s.de reaches around two million. Yt1s.pro is a distant runner-up with less than 20,000 visits per month.

No further domains appear in the ruling itself, but the court mentions 18 defendants “on the basis of their domain IDs.”

Justice C Hari Shankar’s ruling begins by noting that the plaintiffs are copyright holders, meaning that any entity that transmits, broadcasts, or reproduces their recordings without permission, violates India’s Copyright Act.

“[The stream-ripping sites] provide services whereby copyrighted content on various platforms, primarily YouTube, could be downloaded in MP3 or MP4 format by copying the YouTube link in the space provided in the website. This phenomenon, [Counsel for the plaintiffs] submits, is known as ‘stream ripping’,” the Judge notes.

The labels informed the court that since the stream-rippers mask their WHOIS details, it would be impossible to pursue them in separate proceedings. That’s important for rightsholders seeking a dynamic injunction, which the labels are in this case.

The Judge says that the plaintiffs describe the stream-ripping platforms as “rogue sites.” When defendants are labeled as such, that puts plaintiffs in a strong position, but does it apply in this case?

The term ‘rogue site’ was defined during a blocking case involving torrent site 1337x.to. Very broadly, if the primary purpose of a site is to infringe, the owner fails to respond to takedown notices and has a general disregard for copyright, that’s usually considered a rogue site. Hiding WHOIS details also supports a ‘rogue site’ finding.

In this case, the labels are seeking a permanent injunction against the 18 stream-ripping platforms (or any other “mirror/redirect/alphanumeric websites or any other iteration thereof”) to restrain them from “hosting, reproducing or otherwise making available to the public or facilitating the downloading of the content in which the plaintiffs own copyright.”

Justice Shankar states that based on the facts before him, the plaintiffs make out a prima facie case, one that justifies an interlocutory injunction to prevent further infringement.

This includes instructions for ISPs to block the domains in question, plus any new domains that may appear as a “mirror/redirect/alphanumeric avatar of the websites which already stand injuncted.”

Often described as the biggest case in copyright history, the so-called ‘Mega Conspiracy’ battle has been living up to its…

As part of their ongoing efforts to shut down or disrupt pirate IPTV services, Universal, Amazon, Columbia, Disney, Netflix, Paramount,…