Pirate site blockades are the preferred anti-piracy tool for many copyright holders around the world. This is also the case in Australia, where blocking injunctions are commonplace today.

The blocking injunction, issued by Justice Nicholas, targets a broad mix of pirate sites. Many of these sites use variations of popular piracy brands, including YTS, Cuevana2, Movies123, and Tamilgun.

The movie companies convinced the court that these sites, some of which have millions of estimated visits per month, are clearly copyright infringing.

“[I]t is apparent from the evidence that the online locations facilitate copyright infringement on a large scale. Some act as proxy servers to other servers and some share Torrent files using the BitTorrent protocol,” the order reads.

The site operators were given the option to contest the blocking request but most didn’t respond. The infringing activities continued and a blocking injunction is therefore warranted according to the court. 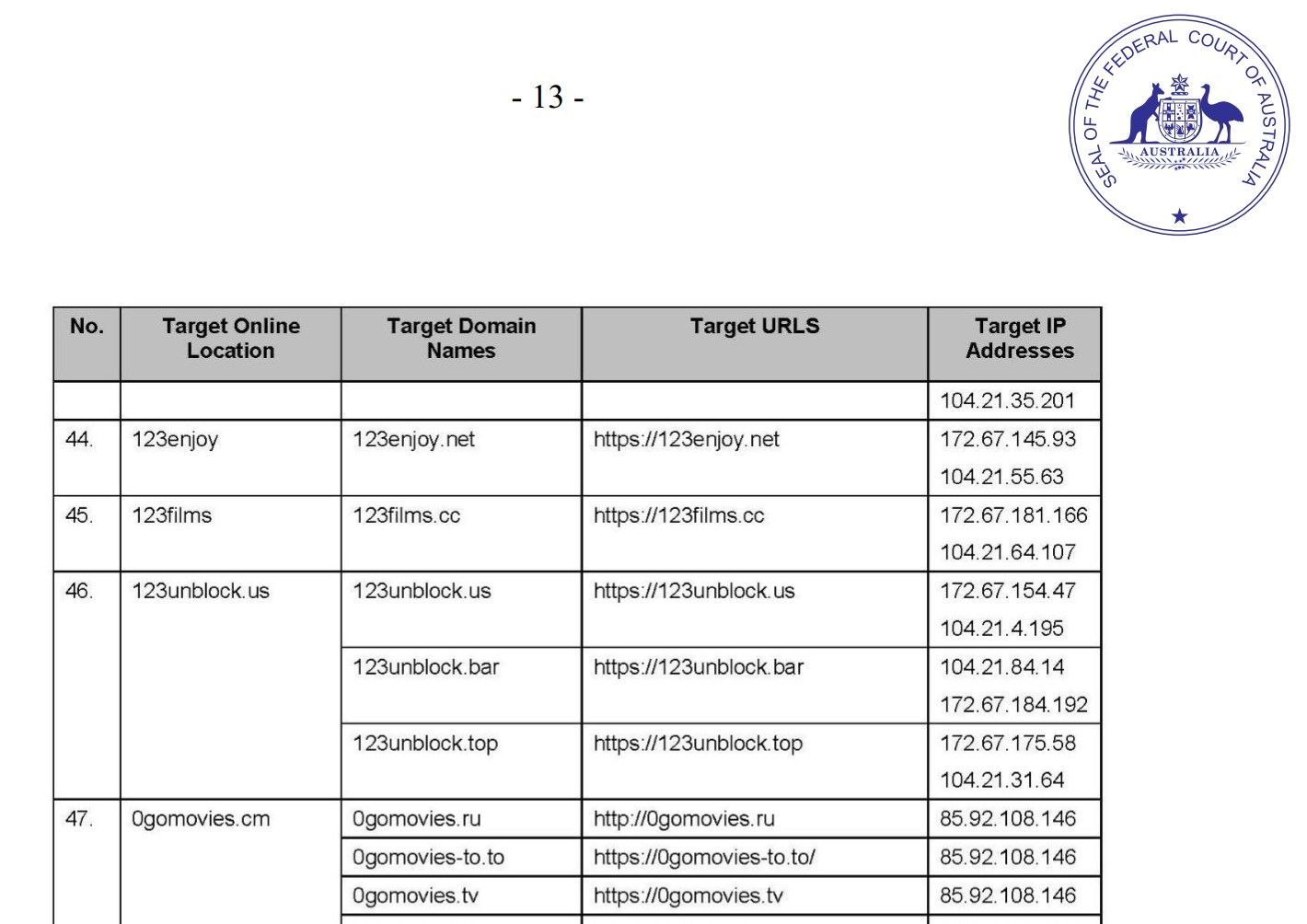 This isn’t the first injunction of this kind. Most popular piracy havens are blocked already, but Disney, Netflix, and other movie companies, regularly expand the list to make it harder for the general public to find alternative pirate sources.

Today’s injunction follows roughly two weeks after Justice Nicholas issued another order in favor of the movie companies. That one covered the popular cyberlocker Mixdrop.

The Mixdrop injunction is the first to target a file-hosting service. According to complaints from rightsholders, the site encouraged people to upload popular content, paying affiliates as much as $1,000 a week, depending on the number of views they generate.

Mixdrop has over 20 million estimated visits per month and the court order requires Australian ISPs to block the main domain name, Mixdrop.co, as well as several related domains and IP addresses. 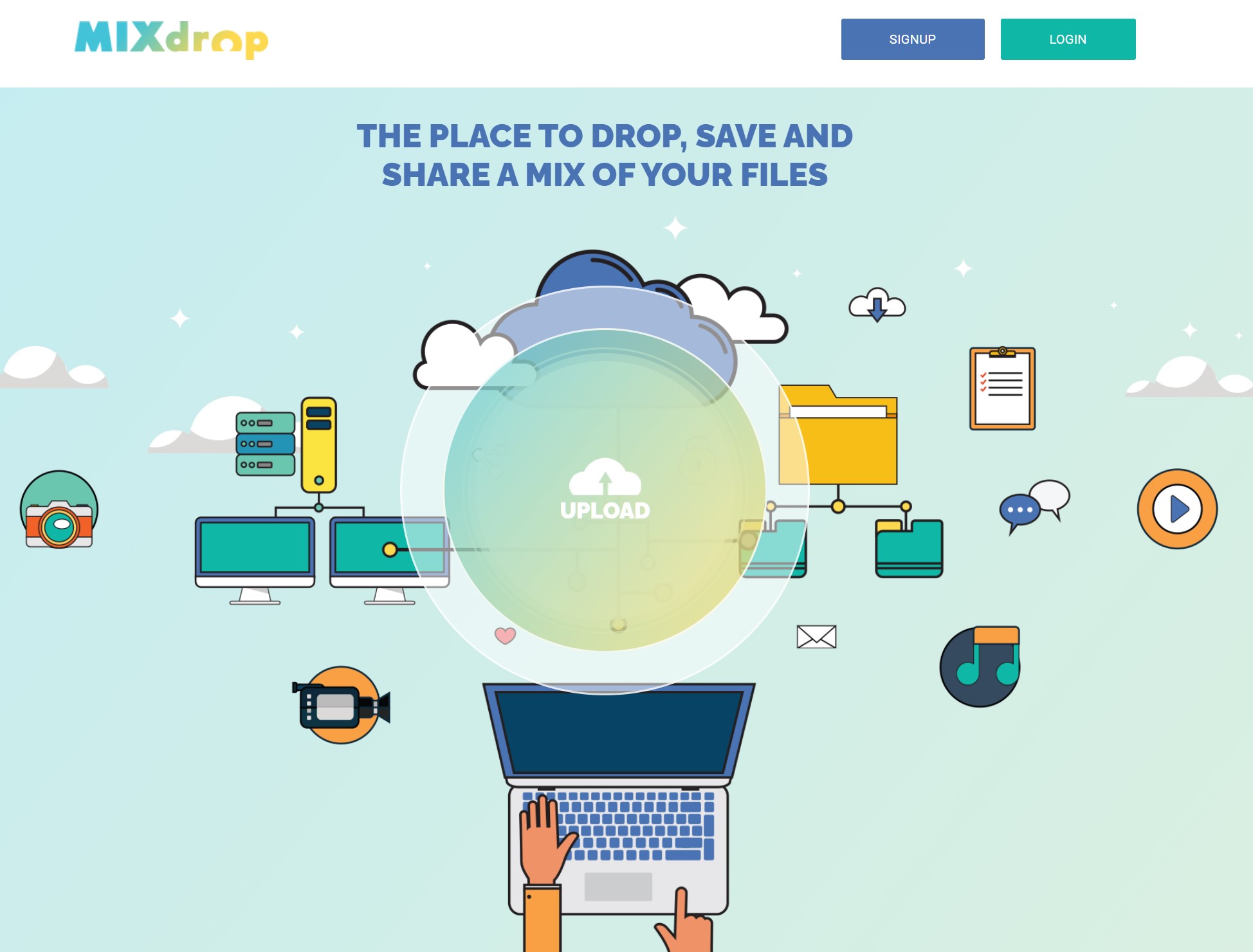 “Cyberlockers play a key role in the piracy ecosystem and this judgment will disrupt important criminal operators who facilitate pirated content via Mixdrop,” Burke said.

“Site blocking continues to be instrumental in the reduction of piracy in Australia. Ultimately though, it helps to keep consumers safe from the significant risks that come with accessing content unlawfully.”

There’s no question that site blocking helps to deter some casual pirates, but it’s certainly no silver bullet.

Earlier this year, a Creative Content Australia study found that blocking measures don’t affect all pirates. A survey of Australian pirates revealed that roughly half of them encountered a blocked site. Of this group, roughly a third gave up their pirate hunt or found legal alternatives.

The majority of the people who encountered a blocked site said that they would simply seek alternative pirate sites to find the content they were looking for.

Intriguingly, most pirates don’t appear to be very concerned about site-blocking measures. 58% of all adult pirates and 70% of all teen pirates actually agree that blocking pirate sites and apps is a good idea.

That’s easy to say, of course, once you know how to circumvent blockades. And indeed, the same survey found that VPNs and alternative DNS servers are commonly used in Australia, especially among persistent pirates.

A copy of Justice Nicholas’ Mixdrop order can be found here (pdf). Today’s blocking order (pdf) targets the following sites, some of which operated from multiple domains:

For many people, Google is the go-to starting point when they need to find something on the web. With just…