Late 2011, Megaupload founder Kim Dotcom published a promo video that surprised even the most hardened file-sharers.

Through carefully edited soundbites, the celebrities gave shining endorsements of Megaupload, with tens of millions watching the video, mostly on YouTube. Arriving just weeks before Megaupload was shut down by the U.S. government, it was an audacious move on a scale unlikely to be seen again.

Dotcom was rumored to have sunk more than a million dollars into that video, but it transpires that equally audacious stunts can be pulled off with a lot less.

PikaShow – Not Just Another Piracy App

PikaShow runs on most Android devices, including smartphones and tablets. It allows users to stream live TV or download movies and TV shows for use offline. PikaShow is popular worldwide thanks to its subtitle capabilities and for those who prefer bigger screens, casting is also available.

PikaShow’s biggest draw, of course, is the price. It’s currently available via free download and generates revenue from in-app advertising, some of it provided by Google according to a recent analysis.

How much PikaShow generates is unclear but when the MPA filed a complaint with the USTR in October, the Hollywood group put forward an estimate of 10 million downloads. Part of this success is likely attributable to the “smooth” and “lag-free” streams PikaShow advertises. According to the MPA, the quality can be explained as follows:

The application sources most of the content directly from the servers of copyright holders (live TV and VOD) by circumventing their technological measures and then hosts the stolen content on third party cyberlockers and user-generated content platforms.

PikaShow Markets to the Masses

The MPA believes that PikaShow’s developer can be found in India. Evidence online tends to back that up and given PikaShow’s recent stunt, location theories will remain intact.

Asia Cup 2022 drew an estimated 200 million viewers in its first week alone, with broadcasts beamed into Indian homes by Star India, a company known for its zero-tolerance approach to piracy.

These pictures, broadcast by Star India, must’ve gone down like a lead balloon. 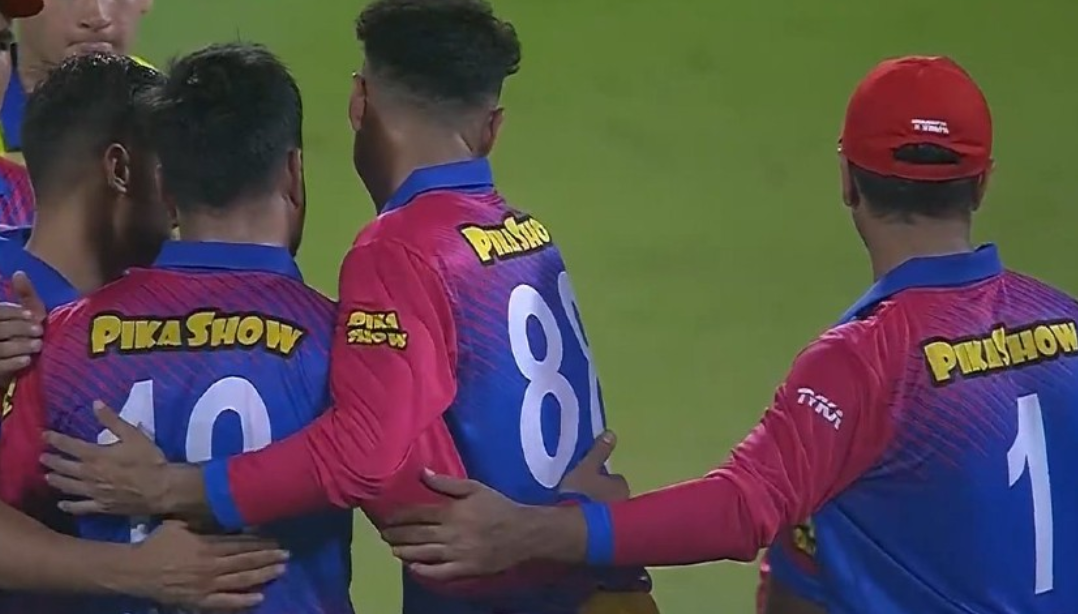 What prompted this audacious move is unclear and since PikaShow is maintaining radio silence, we may never know the precise details. However, it appears that following negotiations with the Afghanistan Cricket Board during the tournament, “Digital Video Streaming Platform” PikaShow became the new official sponsor of the country’s national team. 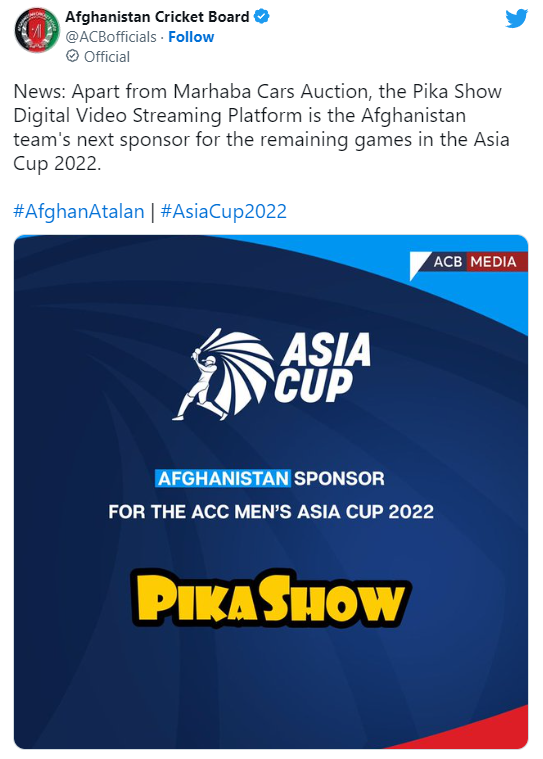 At that stage Afghanistan had no chance of winning the competition but still had one remaining game on the big stage. With India as their opponents, a massive TV audience and considerable exposure for PikaShow was guaranteed.

That PikaShow even considered such an outlandish scheme is remarkable, but actually going through with it raises the stakes significantly. Unsurprisingly, the Motion Picture Association is fully aware of events and describes the sponsorship deal as “controversial.”

The Board of Control For Cricket in India is probably aware too. Even if the takedown notices it previously sent to Google had been forgotten, messages the organization received on Twitter would have served as a reminder, including the helpful: “If u want live match then download pikashow app.”

Perhaps most importantly, Star India knows all about PikaShow.

According to SimilarWeb data, traffic to PikaShow’s website increased by 25% in September following its TV escapades. October’s figures were only slightly down, a suggestion that the sponsorship exercise may have boosted traffic, but not all publicity is good publicity.

“Based on our investigation, we have found that ‘Pikashow’ is using your services for ‘app update check’ functionality on their application. Which is further indulged in the act of copyright piracy by providing unauthorized streams of digital content without consent of the copyright owner,” the company wrote.

Github responded as expected by taking the repo down but Star India is nowhere near finished.

After Star filed a copyright complaint against PikaShow at the High Court of Delhi, Justice Prathiba M. Singh responded with an injunction last week (pdf) directed at the country’s ISPs, numerous intermediaries supplying services to PikaShow, and PikaShow itself.

Gambling company 1XBET and Github India are required to disclose any information they hold, including payment information, bank account details, plus any contracts in place with PikaShow.

Whether PikaShow has any regrets over these civil matters is unclear but future prospects look bleak. On October 27, 2022, Star India filed a criminal complaint against PikaShow and an investigation by Delhi Police is currently underway. A second criminal complaint, filed by Disney, has also been recorded.

The next hearing is scheduled for January 25, 2023. Whether PikaShow will still be online remains to be seen.

At the end of the year, movie industry insiders traditionally receive their screener copies, which they use to vote on…

AppLinked APK – How to Install FileLinked Clone on Firestick/Android

This detailed guide shows you how to install AppLinked APK on the Firestick/Fire TV and Android devices. Is AppLinked safe…

OpenSubtitles is one of the largest and most popular subtitle repositories on the Internet. Millions of subtitle files are downloaded…

Piracy is a complicated phenomenon and the reported effects on legal consumption are not always straightforward. The issue has been…

How to Jailbreak a Firestick in 30 Seconds (August 2022 Update)

This step-by-step guide shows How to Jailbreak a Firestick in 30 seconds or less to unlock free content. Jailbreaking a…