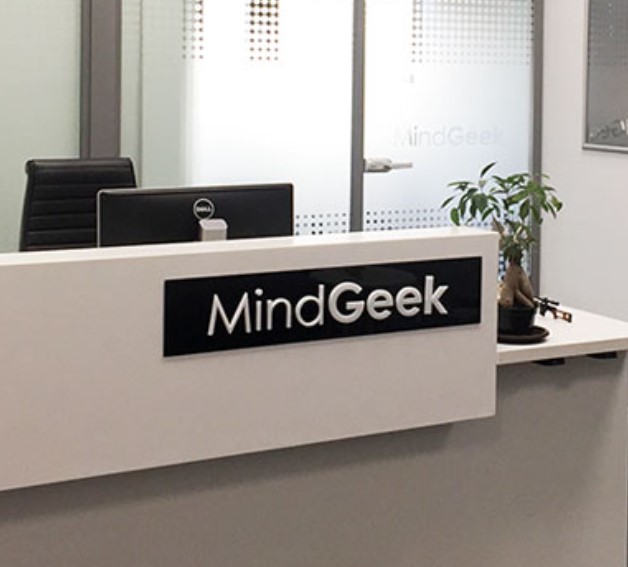 In the early days, these sites thrived on pirated content but over time, that changed. Today, MindGeek itself is of the most protective copyright holders in the industry.

MindGeek subsidiary MG Premium, for example, has many thousands of works registered at the US Copyright Office. To prevent these videos from being shared online without permission, the company regularly takes legal action.

In a recent case, filed at the federal court in the District of Washington, MindGeek went after Vasily Kharchenko, the alleged operator of Daftsex.com, Artporn.com, Biqle.com and Daxab.com.

These sites have been a thorn in MindGeek’s side for years and sending hundreds of thousands of DMCA takedown notices made little difference. So, in 2020, MindGeek obtained a DMCA subpoena against Cloudflare to unmask their operator, which eventually led to Kharchenko.

MG Premium accused the operator of mass copyright infringement and argued that he personally uploaded 2,143 of its copyrighted works to the sites. Through the court, the company hoped to stop these infringements and receive compensation for the damages suffered.

Kharchenko remained silent and didn’t show up in court to defend himself. This left MG Premium with no other option than to request a default judgment seeking millions of dollars in damages and a broad injunction.

In the first instance, United States District Judge Benjamin Settle denied the injunction. The massive damages request wasn’t a problem but since third parties such as Cloudflare and FDC Servers were also targeted by the injunction, further evidence was required.

To justify such a “sweeping” order, the Judge asked MG Premium to provide more details about the contacts between the defendant and the third-party services.

MindGeek responded to this order with an updated request, leaving out most of the third-party services. The only one that remains is Verisign, the registry responsible for .com, .net, .cc, and .tv domain names.

The adult entertainment company didn’t ask for a billion dollars in damages though. It requested $15,000 for each of the 2,143 copyright-infringing works that were at stake in the lawsuit. Judge Settle views this as an appropriate amount.

“[A]ctual damages could be calculated at over $1,248,750,000, thus statutory damages of $32,145,000 are appropriate for Defendants’ willful infringement. Only a large award will serve to deter these arrogant Defendants from future illegal action,” Judge Settle writes. 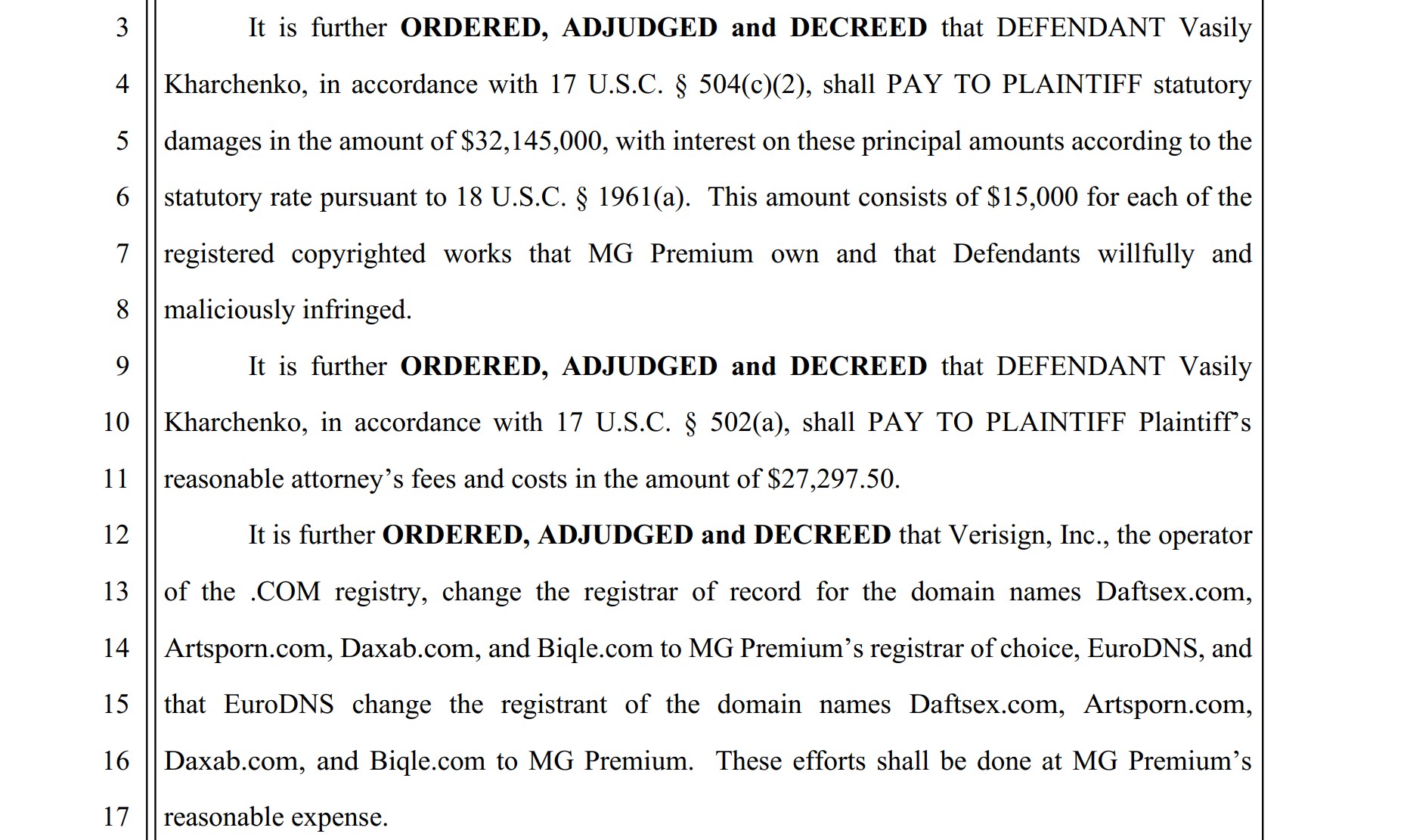 The Judge also agreed to an injunction that requires Verisign to sign over Daftsex.com, Artsporn.com, Daxab.com, and Biqle.com, to MG Premium’s registrar EuroDNS. This means that MindGeek will effectively seize control of the domains, which have millions of daily visitors.

At the time of writing the domains have yet to be signed over. MindGeek expects this to happen fairly soon and is content with the outcome of the case.

“We are extremely pleased with the court’s decision, which is crucial to MindGeek’s fight to eliminate piracy of its content. Decisions such as this help contribute to restoring the rights of thousands of content owners who suffer because of illegal pirate sites such as Daftsex,” MindGeek informs TorrentFreak.

Jason Tucker of anti-piracy company Battleship Stance, who helps MindGeek to enforce its rights, notes that the domain seizures will be particularly useful to point adult entertainment fans to legitimate sources.

“The websites in this case have been causing financial harm to rights holders including MindGeek for a considerable amount of time. Daftsex.com, in particular, has built its own branding and recognition online. The seizure of the domain names in this case will direct consumers back toward legitimate content sources,” Tucker said.

A copy of the default judgment and the permanent injunction, issued by United States District Judge Benjamin Settle, is available here (pdf)

Liverpool and Manchester United Team Up to Beat Counterfeiters

The rivalry between Liverpool and Manchester United goes back more than a century. It even has its own Wikipedia entry….

In the content protection arena, the term ‘whac-a-mole’ is known all too well. When pirates or their links appear in…