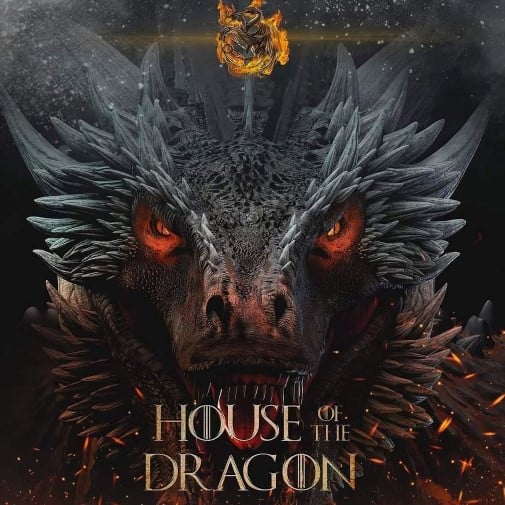 With many millions of viewers on official platforms, “House of the Dragon” has had an excellent debut season.

The Game of Thrones prequel could also count on plenty of interest on pirate sites, where it’s been the most sought-after title of the past few weeks.

Given its popularity, the leak of the season finale last Friday was headline news. The unprecedented leak also elicited a response from HBO, wth a spokesperson informing us that the company was pulling out all the stops to take copies offline.

“HBO is aggressively monitoring and pulling these copies from the internet. We’re disappointed that this unlawful action has disrupted the viewing experience for loyal fans of the show, who will get to see a pristine version of the episode when it premieres Sunday on HBO and HBO Max, where it will stream exclusively in 4K.”

The entertainment company can’t complain about a lack of interest from legal viewers; the season finale drew a 9.3 million audience on Sunday. That’s the biggest audience since the conclusion of Game of Thrones three years ago.

Apparently, many loyal fans were happy to wait for the official release, instead of checking out the pirated leak. But what about the general pirate audience? Did they decide en masse to tune in early? It doesn’t seem that way.

After running the numbers based on a large sample of torrent data provided by IKnow*, we see that there were significantly more people downloading House of the Dragon over the past weekend. These numbers roughly doubled compared to earlier weeks.

Interestingly, however, most downloads still took place on Monday. This shows that most pirates also preferred to wait for the ‘official’ high-quality pirate release. Or perhaps they were simply unaware of the leak? 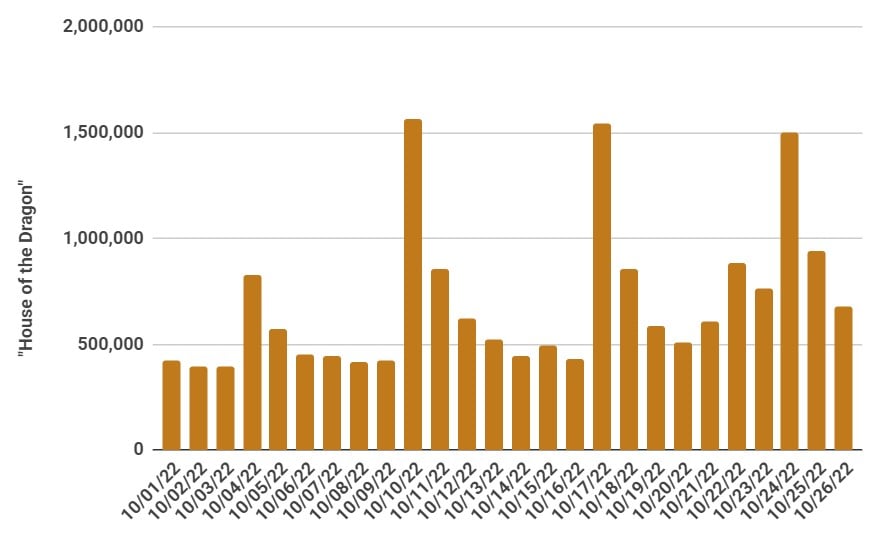 The overall pattern, as seen in the chart above, shows that downloads typically peaked on Monday, to then drop off throughout the rest of the week. Last week was a clear exception as download numbers started to rise on Friday, the day of the leak.

As promised, HBO and its licensing partners have been very busy trying to remove pirated releases. Many URLs were pulled from search engines and pirate sites that are responsive to DMCA takedowns.

The source of the leak wasn’t disclosed but HBO informed us that it appears to have originated from a distribution partner in the EMEA region. This matches information we received from several other sources.

Our sources report that the initial leak, which came with Hebrew subtitles, originated from an Israeli release group on a private torrent tracker. This suggests that there’s a link to Israel. We asked HBO to confirm or deny this, but the company chose not to comment any further.

(*) These data represent a large sample of all estimated House of the Dragon torrent downloads on a given day. These are not per individual episode but a day-to-day increase can generally be attributed to new releases. Private trackers are excluded.

With millions of visitors every month, 4anime was a force to be reckoned with in the pirated anime streaming market….

While pirated Hollywood blockbusters often score the big headlines, other industries have also been battling piracy over the years, sports…

This year, The Pirate Bay officially reached adulthood, which is quite an achievement considering the immense legal pressure it has…