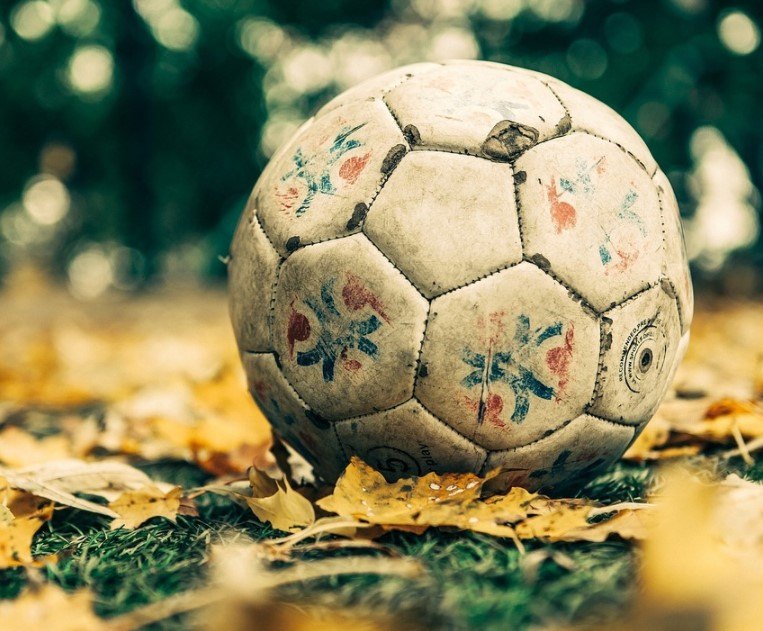 Next month, billions of people from all over the world will tune in to watch the FIFA World Cup in Qatar.

Most viewers will do so through authorized services but events like this draw massive pirate audiences as well.

Since this type of live-streaming piracy is a grave concern for rightsholders around the world, mitigation measures are already being prepared. In Canada, several media companies decided that sitting on the sidelines was not an option, so took their battle to court.

Initially, the legal paperwork didn’t mention any blocking requests. However, filing a standard complaint is part of the site-blocking procedure and an official blocking application followed soon after. The request was granted by Federal Court Judge Richard Mosley last Friday.

“[T]he Third Party Respondents shall, during each of the FIFA World Cup Live Match Windows specified in Schedule 1 of this Order, block or attempt to block access, by at least their residential wireline Internet service customers, to each of the IP addresses for the Target Servers..,” the order reads.

Unfortunately, the actual blocking targets are not published publicly. This information remains confidential to prevent the targeted operators from taking circumvention measures, such as moving to new streaming servers or changing IP addresses.

What we do know is that the two operators host the unauthorized streams through foreign providers. The first defendant used hosting companies in the British Virgin Islands and Ukraine, while the second used a provider from Belize.

All major Canadian ISPs must comply with the order by blocking server IP addresses used to transmit pirated World Cup streams. These measures only apply when the football matches are being broadcast; the so-called “match windows”. 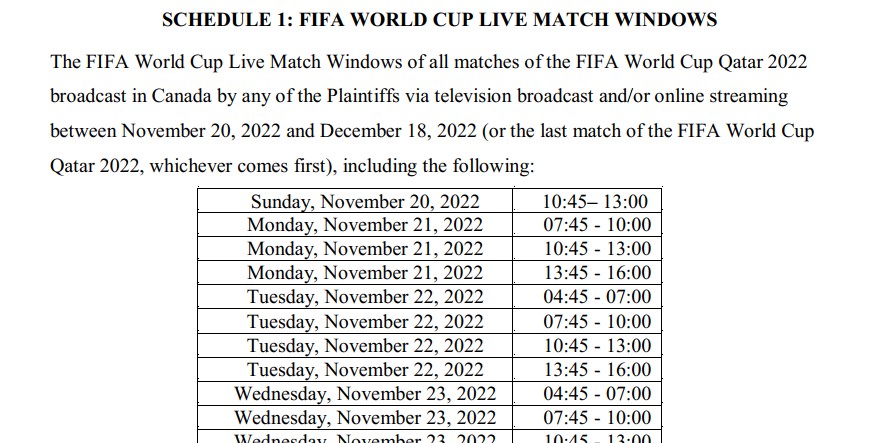 The rightsholders are solely responsible for verifying the infringing nature of the targeted servers. They must also compensate the ISPs for any costs incurred, up to a maximum amount of 15,000 Canadian dollars.

The Internet providers, meanwhile, have been given leeway to lift blockades under special circumstances. If they suspect that overblocking is taking place, for example, or to prevent security threats and network problems.

When the World Cup is over the blocking order will expire automatically. However, it wouldn’t be a surprise to see similar requests in the future for other sporting events. These targeted blocking orders have become more common in recent years, especially in the UK where they are used extensively.

As previously reported, Canada does have some experience in tackling live event piracy. Earlier this year, the Federal Court issued a blocking order to prevent live NHL games from being viewed via pirate IPTV streams.

The order was limited to the 2021-2022 NHL season but the rightsholders, including Rogers, Bell, The Sports Network, and Groupe TVA, asked the court for a renewal last week, to keep measures in place for the upcoming season as well.

In other words, while the blocking orders are targeted and limited to a specific period, they can in theory be resubmitted to cover new seasons, events, or tournaments in the future.

Amidst growing concerns about online privacy and security, VPN services have become increasingly popular in recent years. Millions of people…