The term refers to tools and services that make it easy for prospective pirates to set up and operate a piracy site.

This category includes pre-configured scripts that allow prospective pirates to launch a streaming site in no time, for example. These can then be paired with pre-populated video libraries or CDNs, that instantly offer access to externally hosted movies and TV shows.

HDFoxCDN was one of the services that offered access to such a broad library of pirated content. With minimal effort, pirate sites could use its API to embed tens of thousands of titles.

Some of these ‘PaaS’ services try to hide their intentions with vague terms and concealed backdoor access. HDFoxCDN, however, was quite open about its main selling points.

“One API, more than a hundred thousand free videos for your website. Add movies, series, and anime to your website in seconds,” the service promised. 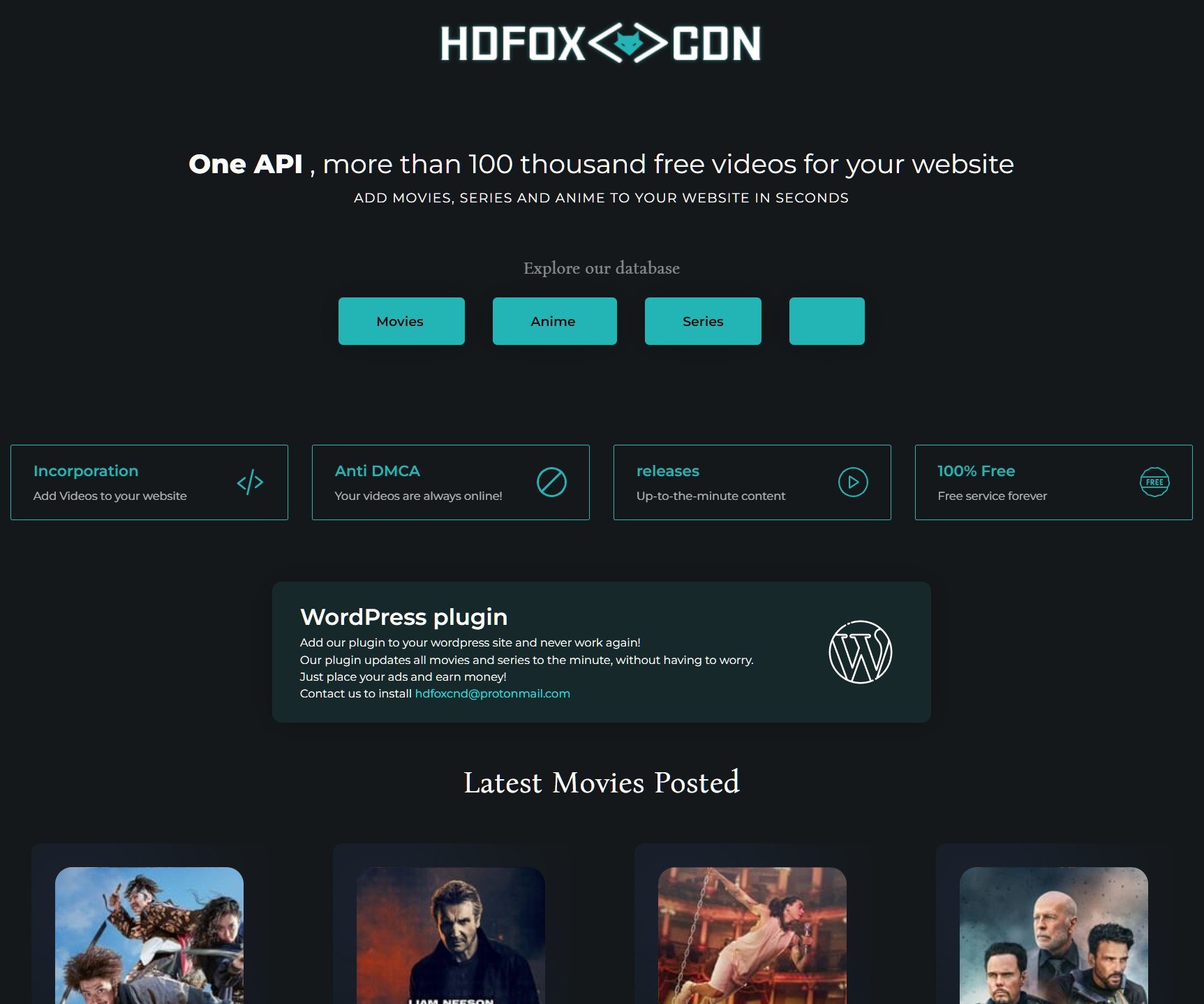 The screenshot and quotes above are translated from Portuguese, as HDFoxCDN mainly focused on the Brazilian market. That didn’t go unnoticed by international anti-piracy coalition ACE, which had the service firmly in its crosshairs.

One CDN Leads to Many Shutdowns

In a coordinated effort by investigators from the US and Latin America, the operator of the service was tracked down. They identified a 26-year-old Brazilian man as the main suspect and linked him to 19 other pirate sites.

After being confronted, the man agreed to shut down the service and transfer the domains to ACE. This directly impacted many third-party sites as well, as these relied on HDFoxCDN as a content library. 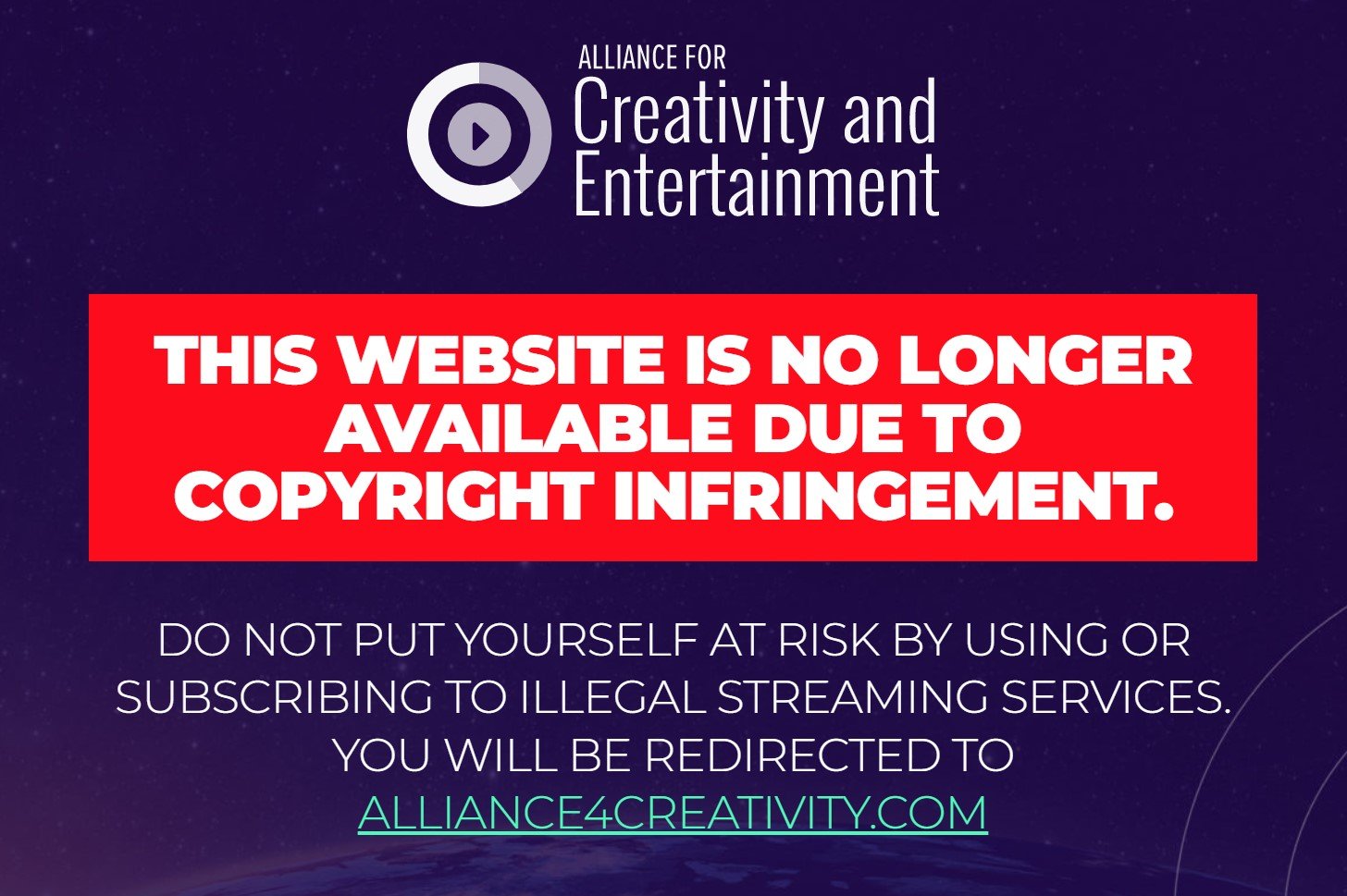 These sites now all redirect to the ACE banner that’s shown above. Others domains that used HDFoxCDN, such as xfilmes.me have simply gone offline or redirect elsewhere.

HDFoxCDN is not the only major piracy player to be rolled up by ACE in recent weeks. The group also identified the operator of the pirate streaming site YMovies and shut it down.

It is no surprise that this site was targeted. This summer, the anti-piracy coalition obtained DMCA subpoenas against Cloudflare and the Tonic registry, in an attempt to identify the owner.

YMovies had an estimated 2.5 million visits per month. In this case, a Colombian suspect helped to connect ACE to the operators of four large piracy sites. YMovies is the only one that’s been shut down so far and the domain transfer of the unnamed sites is “in progress”, ACE says.

All in all, the anti-piracy coalition is pleased with these new takedowns, and particularly with the international cooperation that continues to pay off.

“I’m particularly proud of how well our Latin American and U.S. teams coordinated to identify and take down the Ymovies operation. Piracy is a global challenge that demands the kind of global coordination that ACE is uniquely positioned to provide,” Van Voorn adds.

The music industry has battled against various forms piracy for several decades, but it’s hard to root out. Many of…

In the fall of 2019, Brazilian law enforcement agencies conducted a large anti-piracy campaign codenamed ‘Operation 404,’ referring to the…