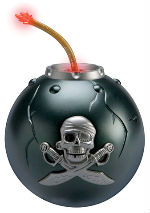 Whenever rightsholders and anti-piracy groups need more enforcement options, efforts to strengthen or establish new understanding of copyright law are rarely far behind.

In many cases these moves tend to follow a similar pattern – don’t ask for too much all at once, dismiss any idea that the internet or ‘honest’ users could suffer, and then downplay suggestions that new powers represent the thin end of an extremely large wedge.

From being presented as a tool of last resort for use in strictly limited circumstances, site-blocking injunctions are just one example. From humble beginnings they’re now available in dozens of countries around the world. A single site in one application was the starting point but today it’s not uncommon today to see ten, fifty, or even a hundred.

That shouldn’t surprise anyone, nor should the recent efforts to push injunctions into unchartered territory.

India began blocking pirate sites in 2011 but the public had no idea it was coming. In an early case, movie company Reliance Entertainment went to court to protect the movie ‘Singham’ and came away with an order that compelled ISPs to temporarily block sites including Megaupload, Megavideo, Rapidshare, Putlocker, Hotfile and Fileserve.

Having obtained one injunction, to the surprise of no one Reliance Entertainment immediately sought and obtained another. From there, the site-blocking train gathered steam and hasn’t looked back.

Indeed, site blocking in India has now reached a point where evidence of actual infringement isn’t a priority and in some cases hasn’t even happened yet. Nevertheless, courts are still prepared to issue injunctions that include domain suspension orders to businesses in other countries.

Most site-blocking injunctions worldwide are based on evidence of past infringements but for Reliance Entertainment, looking forward has been a persistent theme. The company attempts to predict where its movies may turn up when they’re inevitably copied after release, then asks the court to authorize preemptive ISP blocking against a few common offenders. Or at least that’s where it started.

After obtaining certification for its new movie ‘Vikram Vedha’ last Monday, Reliance Entertainment filed an injunction application the next day. The goal was to protect the movie from online piracy following its premiere last Friday. Given that courts in other countries can take months over a decision, the Madras High Court needed to act quickly.

On September 30, the day of the movie’s release, the Court published its orders, noting that substantial sums had been invested in ‘Vikram Vedha’ and the movie was expected to screen in 3,000 cinemas worldwide. With words such as “imminent” and “threat” featured early on, it was already clear which way the judge was leaning.

How far he was prepared to go still came as a surprise.

After reading through the Reliance application, the judge declared that Reliance had made its case and that an injunction was appropriate.

The judge said that if an interim injunction wasn’t immediately granted, it would “result in alleged piracy being completed in all and every aspect of the matter.” That would in turn lead to an “irreversible situation” and “irreparable legal injury incapable of compensation.”

Due to the urgency, the respondents in the case – including 40 internet service providers – weren’t notified of the legal action. Nevertheless, the injunction was handed down via two separate orders, which together prohibit anyone from copying, recording, camcording, making available, uploading, downloading, exhibiting or playing the movie without a license.

After specifically prohibiting copying to CD, DVD, pen drives, hard drives or tapes, the orders move on to the issue of ISP blocking. It appears that Reliance asked for a lot and the judge gave them everything.

According to one of the orders, the websites put forward for blocking are all “non-compliant” operations, in that they have no reporting and take down mechanisms in place, at least according to Reliance.

Interestingly, Reliance also informed the court that all of the websites were infringing its copyrights in respect of the movie ‘Vikram Vedha’, even though it was yet to be released and when the application was filed, no copies were available online. This means that Reliance couldn’t have provided any infringing URLs even if it wanted to. Nevertheless, the judge did consider more limited blocking.

“I am also informed that technologically/technically, there is no possibility of blocking that part of the contents of the website which contains alleged pirated version of the suit Movie alone,” his order reads.

Ultimately, the judge granted an interim injunction and ordered all of the ISPs (list below) to immediately and proactively block a grand total of 13,445 websites. While the names of the websites were made available to the court, the court did not make the schedule available on the docket.

As a result we have no way of confirming which domains are on the list. The ISPs weren’t informed about the injunction application either, so presumably they’re also in the dark. The idea that the judge tested all 13,445 domains seems wishful thinking at best.

That leaves Reliance Entertainment as the sole entity with any knowledge of the submitted domains, all of which have been labeled in court as infringing the movie’s copyright, even though no copy was available when the application was made.

To put 13,445 sites into perspective, the UK’s Police Intellectual Property Crime Unit’s ‘Infringing Website List’ aims to deprive as many pirate sites of revenue as possible after a strict validation process. That list is also a closely guarded secret but at times we know it’s featured around 2,800 sites. We believe there are currently around 1,600 sites on the IWL, give or take.

We already know from the injunction application date that none of the domains had the movie (or even a link to it) because a) it hadn’t been released yet and b) no copies appeared online until Friday. But beyond that, there is zero chance that all 13,445 sites intended to host or link to the movie and there is zero chance that all 13,445 are “non-compliant” pirate sites.

At least as far as we know, the Department of Communications is yet to publish a formal instruction notice for ISPs to start blocking but that should appear fairly quickly. When it’s published we’ll certainly be having a very close look and won’t be at all surprised to see overreach. The only remaining questions are the scale of the collateral damage and who is affected.

The Madras High Court orders can be found here and here (pdf). ISPs affected by the order below as follows:

For well over a decade, copyright holders have been obtaining injunctions around the world to have copyright-infringing sites blocked by…

With thousands of piracy sites operating online today, the overall chances of being targeted by the Alliance for Creativity and…

RuTracker Found Itself Unblocked in Russia So Immediately Blocked Itself

After Russia invaded Ukraine on February 24, 2022, it became clear that the conflict would result in devastating loss of…