With millions of regular users, Ace Stream is one of the most popular streaming applications out there.

The software was first released in 2010 under the name “Torrent Stream“. Three years later it rebranded its service to Ace Stream, after which it took off.

The original name reveals that the streaming application relies on a torrent engine built into the widely popular VLC media player. This combination results in a peer-to-peer streaming mechanism that doesn’t rely on central servers.

This concept empowers the public to use an open tool to stream content to the masses, without relying on third-party streaming platforms. That’s proven to be a great idea that has received widespread support.

In 2013, Ace Stream received financial support from Google to present the technology at Techweek Chicago. Around the same time, it also received a grant from the European Union. This allowed the company, which is incorporated in Ukraine as Innovative Digital Technologies LLC, to improve and optimize its streaming tool.

Today, millions of people regularly use Ace Stream. This includes a subset of pirates, who utilize the software to rebroadcast copyrighted live streams, including many sports matches.

Rightsholders are obviously not pleased with this activity. However, Ace Stream is a content-neutral piece of software, similar to web browsers, media players, or regular torrent clients. 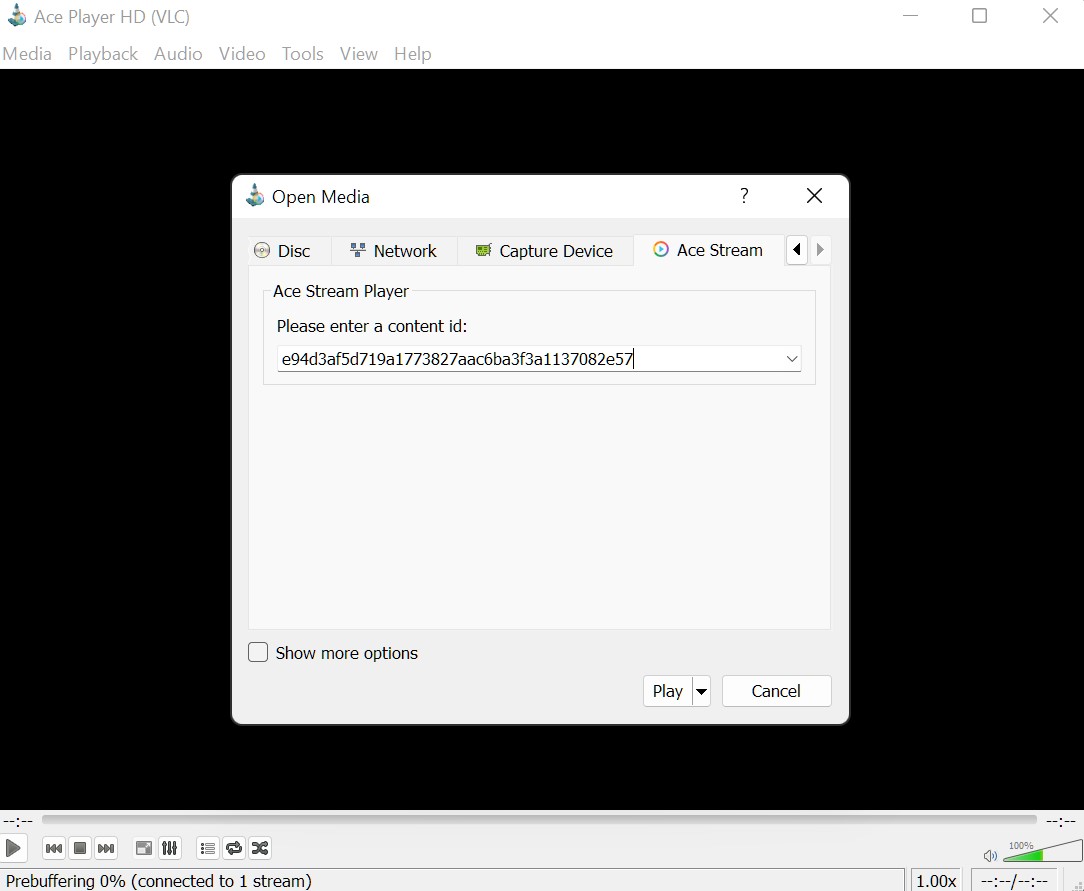 The IDs are not hosted, organized, or maintained by Ace Stream. Instead, users of the software generate the links which can then be shared anywhere on the web. This is similar to how .torrent files are distributed.

Speaking with TorrentFreak, Ace Stream’s Roman Morozyuk stresses that the company and its software are simply a content-neutral tool.

A few weeks ago these tensions escalated when Ace Stream was added to Spain’s piracy blocklist following a complaint from LaLiga. This means that local Internet providers have to block access to the streaming player.

This is a controversial decision, as noted by BandaAncha, because the software doesn’t link to or host any copyrighted content. Even worse, Ace Stream says that it wasn’t informed about the blocking request, so it couldn’t defend itself.

“We did not receive any notification from LaLiga or any of its agents about such blocking of the site, and we learned about it by chance, from our users,” Morozyuk says.

LaLiga shouldn’t have had any problem contacting Ace Stream and both companies have discussed copyright infringement matters in the past. This was triggered by a complaint the Spanish soccer league filed with Google.

The organization previously asked Google to remove the Ace Stream software from the Play Store, which it did. However, Ace Stream appealed arguing that it was falsely accused of copyright infringement.

As it turns out, LaLiga backed up its claims with a screenshot showing how the software was used to stream copyrighted football matches. However, it didn’t clarify that LaLiga loaded these streams themselves by using links from illegal sources. 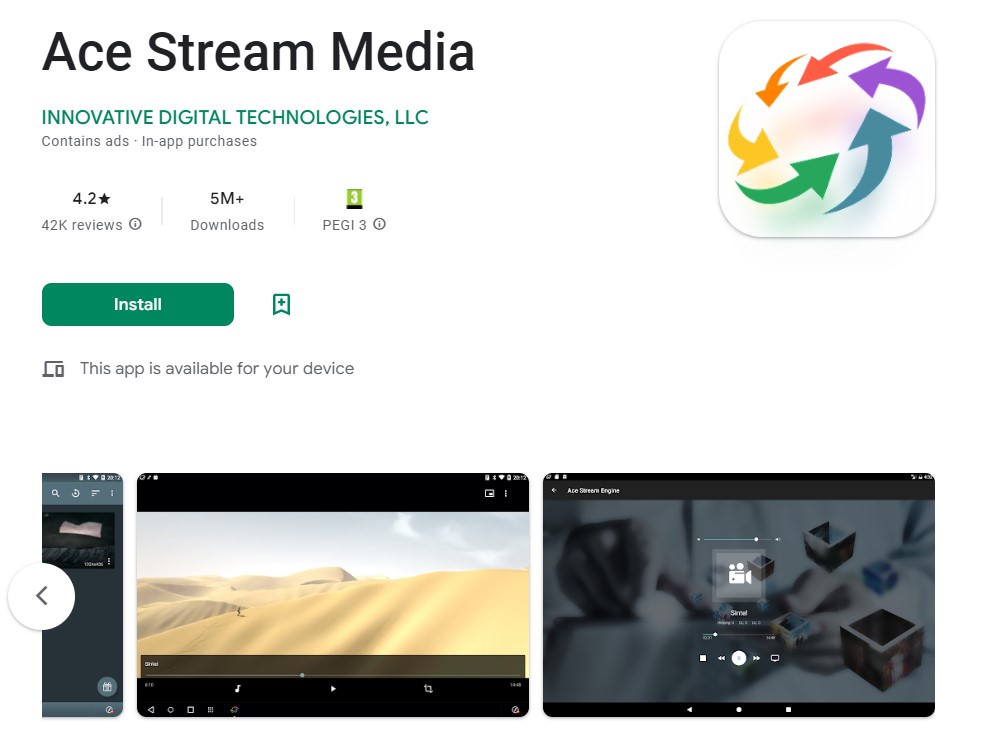 To Ace Stream, this accusation is akin to asking for the removal of a web browser because it can load an illegal streaming site. Google eventually agreed with the streaming application, which was allowed back into the Play Store, but the trouble didn’t end there.

From EU Funding to EU Blacklist?

Earlier this year, Ace Stream was shocked to learn that the Audiovisual Anti Piracy Alliance (AAPA) nominated the software for a spot on the EU’s bi-annual Counterfeit and Piracy Watch List.

AAPA’s submission put the streaming tool in a bucket with other “main content infringers,” including blatantly infringing IPTV services. Needless to say, Ace Stream wasn’t happy so attempted to set the record straight.

“We sent our justified claims and demands to immediately stop illegal actions against our company that discredit our legal project and our legal products, and also violate the rights of consumers,” Morozyuk notes.

Unfortunately, Ace Stream hasn’t heard back from AAPA or the EU yet. If things spiral out of control, the company may eventually take legal steps but, for now, it prefers to resolve the matter through dialogue.

“We did not file lawsuits yet, since we hope to resolve this entire situation by mutual understanding and out of court,” Morozyuk tells us.

Thus far, direct discussions with copyright holders have been challenging. Ace Stream had repeated contact with LaLiga, for example, and offered its service to the sports league to generate revenue.

LaLiga doesn’t seem eager to use Ace Stream, perhaps because it can only make a fraction of the money that centralized streaming platforms offer.

This means that the tensions between Ace Stream and rightsholders will likely continue. According to the streaming app, resisting decentralized technology is futile, so rightsholders should look for ways to take advantage of it.

“We have effective solutions that will allow copyright holders to embrace the new reality, where decentralization is gradually becoming the basis of a normal entire Internet, and not to waste their efforts on a futile fight against fully decentralized P2P networks,” Morozyuk says.

More details on this solution will follow in the near future. Meanwhile, Ace Stream hopes that that the blocking problem and the other piracy allegations will be addressed.

Akamai: Online Pirates Are Clever But Not Unbeatable

The anti-piracy ecosystem is quite diverse. It ranges from DMCA takedown farms to more technologically enhanced companies, ones that use…

With over 200 million code repositories, shared by more than 80 million users, GitHub is the largest online developer platform…

After more than 15 years of site-blocking processes in dozens of countries, new instructions to block pirate sites have become…

There is an old adage in piracy circles suggesting that when one piracy service is shut down, several more appear…