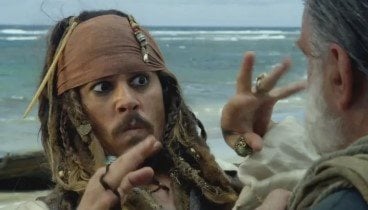 These takedowns can target all sorts of content. Major media companies often complain about software that allows people to access pirated content, for example. However, there are also instances where developers see copies of their own content elsewhere on Github, placed there by others without permission.

A DMCA takedown notice sent to Github this week appears to fall into the latter category but also comes with an unusual piracy angle.

The dispute revolves around “Movies and Series Scraper,” a basic app that allows users to stream or download films and TV shows with minimal effort. According to the project description, it’s even possible to download an entire TV series.

“A console application to scrape a valid watching links for any movie or series with exact season and episode number, you can also download a whole season with one click,” the Egyptian dev writes.

While many people will appreciate this kind of tool, the creators of the movies and series are unlikely to be happy with it. The GitHub repo shows how content such as “Game of Thrones” can be downloaded from pirate sources, making it especially problematic.

The App in Action (image:via)

The software’s creator may or may not be aware of these sensitivities. What’s clear, however, is that he understands the concept of copyright infringement.

In a DMCA takedown notice sent to GitHub this week, the developer of “Movies and Series Scraper” complains that someone has ‘stolen’ his code and is passing it off as their own.

“Someone stole a repo that was [private] and published it with his name as the author,” the notice reads, adding that “each line of code is copied” while requesting the reported content to be removed.

The takedown notice also claims that the copied repository circumvents technical protection measures, which would be an additional violation of the DMCA.

After reviewing the request GitHub concluded that the ‘circumvention’ claims don’t hold ground. However, the copyright infringement allegations are valid and warrant the removal of the copied repository.

“While GitHub did not find sufficient information to determine a valid anti-circumvention claim, we determined that this takedown notice contains other valid copyright claim,” the platform writes.

Indeed, the ‘stolen’ repository has now been removed from GitHub. This shows that the DMCA takedown process works as intended but the same process could also be used against the “Movies and Series Scraper” as well.

TorrentFreak reached out to the developer who defends the app by stressing that it’s merely scraping content from third party (piracy) sources. It’s simply a “middleman” that protects users from harmful ads, he says.

After being sued by Bungie in a Washington court during the summer, a teenager accused of cheating in Destiny 2…

With pirate IPTV services providing access to thousands of TV channels at a cheap price, the Federation Against Copyright Theft…

Most pirate IPTV services online today operate by accessing official broadcasts and streams, capturing them with dedicated equipment, and then…

Manga Pirates Warned That Kadokawa Seeks Their Identities From YouTube

Every week millions of online copyright infringements are detected by rightsholders and their anti-piracy partners. In the overwhelming majority of…