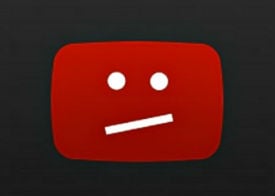 Given the very nature of the platform, right from the start YouTube’s future was never destined for plain sailing across a sea of tranquility, underpinned by promises of equality for all.

YouTube’s many achievements are hard to deny. It has provided the tools for ordinary people to achieve extraordinary things, but not all creators and artists are treated equally. Nowhere is this disparity more bitterly decried than in a 2020 class action lawsuit headed up by Grammy award-winning musician Maria Schneider.

Equality For All Artists, Big and Small

Even after more than two years of legal action, predicting a ‘winner’ seems premature but making a case for who should win only feels like announcing defeat for both sides.

Alongside calls for YouTube to offer the same anti-piracy toolkit to all artists, not just powerful ones, YouTube said that unfettered access would only lead to abuse of its Content ID system. Then, seemingly out of nowhere, the very people demanding a better deal for artists were being accused of serious foul play themselves.

YouTube alleges that Pirate Monitor, a named party in the class action, conducted a fraudulent campaign in order to fabricate wrongdoing and then used that as a basis for its complaints against YouTube. According to YouTube, entities connected to Pirate Monitor uploaded content themselves and blamed YouTube for not doing enough to prevent piracy, to get access to Content ID.

If the allegations are proven, YouTube’s denial of access to advanced anti-piracy tools on the basis of abuse will be instantly vindicated. That should be a major concern to all artists hoping for equal content protection rights, better returns from their work, and an improvement in YouTube’s stance towards smaller creators.

Despite being the key focus of YouTube’s counterclaim, these allegations of fraud are mostly omitted from entertainment media reports. The same cannot be said of YouTube’s recent failure to have the entire legal action dismissed.

YouTube’s motion to dismiss the amended complaint failed on a number of fronts including those related to copyright infringement claims, correct registration and ownership of copyrighted works, and allegations that YouTube removed Copyright Management Information (CMI) from content uploaded to its platform.

While all of the allegations are potentially serious if proven, the court noted that the plausible inference from the CMI allegations is that YouTube removed management information from the plaintiffs’ works with the knowledge that carried a “substantial risk” of inducing infringement.

Removing CMI without permission from the copyright holder is a violation of the DMCA (17 U.S. Code § 1202). It’s also worth noting that when CMI is absent from a work hosted on YouTube, external anti-piracy tools tend not to have the capabilities of Content ID when it comes to identifying infringement.

Describing YouTube’s multiple arguments as “unavailing”, the court recently denied the video platform’s motion to dismiss. As a result, YouTube has just responded to the plaintiffs’ amended complaint, with renewed allegations of fraud back on the menu.

In a Monday filing at a California district court, the companies begin in a now familiar fashion. Not only does YouTube meet its legal obligations, it exceeds them too. Using “best-in-class” processes for removing allegedly infringing materials under the DMCA, its investments include more than $100m on copyright management tools such as Content ID.

“Plaintiffs complain that they have not been allowed access to Content ID. But Dismissed Plaintiff Pirate Monitor has clearly demonstrated why it cannot be trusted to use that tool properly,” YouTube’s answer reads.

“As set forth In YouTube’s Counterclaims, Pirate Monitor engaged in widespread abuse of the DMCA’s notice-and-takedown process, going so far as to upload hundreds of videos to YouTube under false pretenses only then to claim, through false DMCA notices, that those same videos were infringing.

“This was apparently a ruse to obtain access to Content ID, and when it failed Pirate Monitor responded with this lawsuit.”

What a proven allegation of fraud would mean for the rest of the lawsuit is unknown but boosting the perception of a moral high ground for artists seems an unlikely outcome. Equally, YouTube would have one less reason to make concessions on barriers to entry, even if it felt that way inclined. That being said, YouTube says that access to Content ID is already enjoyed by the plaintiffs.

Claims by Maria Schneider and plaintiff Uniglobe Entertainment that they have no access to Content ID are wrong, YouTube says. According to the Google-owned platform, agents acting for both used Content ID to generate revenue from their copyrighted works. As far as they claim entitlement to use Content ID, those claims are “badly misguided”.

YouTube denies the allegation “that Defendants and their business model and systems” routinely ignore Copyright Management Information, adding that a paragraph in the amended complaint does not accurately characterize Section 1202 of the DMCA.

The company concludes with affirmative and other defenses, including failure to state a claim, safe harbor under the DMCA, fair use, contact provisions, estoppel, unclean hands, failure to mitigate, statute of limitations, plus substantial non-infringing use and de minimis use.

YouTube further objects to the lawsuit proceeding as a class action, citing Pirate Monitor as an obstructive example.

“Pirate Monitor would be subject to the defenses of unclean hands and copyright misuse based upon its fraudulent attempt to use copyrights — including those it did not even own — to leverage access to YouTube’s proprietary systems,” YouTube says.

“While Pirate Monitor has since dismissed its claims with prejudice and is now subject to counterclaims in this action, any other putative plaintiff could be subject to individualized defenses like these that would require considerable Plaintiff-specific discovery and litigation.”

Last year, Texas-based model Deniece Waidhofer sued Thothub for copyright infringement after the site’s users posted many of her ‘exclusive’…

As one of the more popular user-submitted content sites on the internet today, Reddit and its community moderators have to…