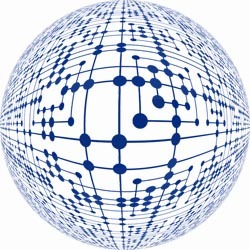 In recent years, publishers of Japanese manga comics have been sending a sustained and clear message that content piracy will not be tolerated, wherever it takes place in the world.

The problems faced by companies including Shueisha, Kadowaka, Kodansha, and Shogakukan, are easy to describe but much more difficult to counter.

Japan-based pirate site operators serving a domestic audience face experienced local investigators, law enforcement agencies, and a relatively high prospect of criminal sanctions. Those based overseas still have the ability to reach Japanese users but identifying them presents new legal challenges for the publishers. That’s also the case when sites are administered from Japan but utilize international infrastructure.

As a result, cross-border investigations and accompanying jurisdiction issues are now common in piracy cases. Thousands of pirate sites use the services of American companies, so whether they have connections to Cloudflare or process payments in the U.S., the risk of the publishers seeking assistance from local courts is now high, as the successful prosecution of MangaBank’s operator showed.

Following the playbook deployed in the MangaBank case, Shueisha has just filed another ex parte application at the same California district court seeking discovery of information for use in a foreign proceeding (28 U.S. Code § 1782).

Shueisha is investigating several manga piracy sites, listed in the application as follows:

The publisher’s legal team says that the sites published infringing copies of Shueisha’s copyrighted works soon after commercial release, adding that this constitutes infringement under both Japanese and Vietnamese laws.

The reference to Vietnam is based on information provided by Cloudflare. Shueisha previously obtained a DMCA subpoena requiring the CDN company to hand over the personal details of those being the sites. The disclosed information doesn’t identify individuals but does link them to IP addresses belonging to a pair of telecoms companies – ‘Vietnam Posts and Telecommunications Group’ and ‘Vietname Telecom National’.

Vietnam doesn’t allow third-party companies to obtain internet users’ identifying information based on copyright infringement allegations so Shueisha’s plan is to act on other information provided by Cloudflare. PayPal, Visa, Mastercard, Google, Braintree and/or Stripe accounts are linked to the site operators and since the companies are based in the United States, Shueisha wants them to hand over whatever they hold.

The endgame is to file lawsuits against the site operators in Japan or Vietnam, presumably on copyright infringement grounds, and Shueisha says that courts in both countries would appreciate assistance from the United States. There’s no explanation of why these sites are of particular interest to the publisher out of the hundreds online, but potential clues in the application open up interesting avenues of research.

Does Investigation Encompass Many More Sites?

Studying the domains reveals that they all target consumers of pirated manga in Japan, with no less than 88% and as many as 94% of their visitors coming from the country. Another interesting aspect is that traffic to the sites is either trending downwards (in some cases off the edge of a cliff) or behaving in unnatural ways.

The other sites show similarly strange patterns, but doki1001.com stands out as a particularly big mover. In May it had around 13.1m visits according to SimilarWeb stats, versus just 1.7m in July, so what lies behind these wild fluctuations?

According to Shueisha, both mangagohan.com and gokumanga.com redirected themselves to mangagohan.me at some point, but that site’s traffic has gone down instead of up in recent months.

However, scratch just below the surface looking for other redirects and a whole new world of potential links appears between the domains in the application and many others, some of which Shueisha is already investigating.

The limited domain information above suggests that if the U.S. companies provide useful, actionable material to Shueisha, a gateway to even bigger things may lie ahead. Most obviously, there may be an opportunity to eliminate many pirate sites, for beyond the handful listed in the application.

Shueisha’s application for discovery can be found here (pdf)

In March of 2019, several major music companies sued Charter Communications, one of the largest Internet providers in the US…

Over the years and due to their popularity and resilience, a number of pirate sites have become household names. The…

Given the very nature of the platform, right from the start YouTube’s future was never destined for plain sailing across…