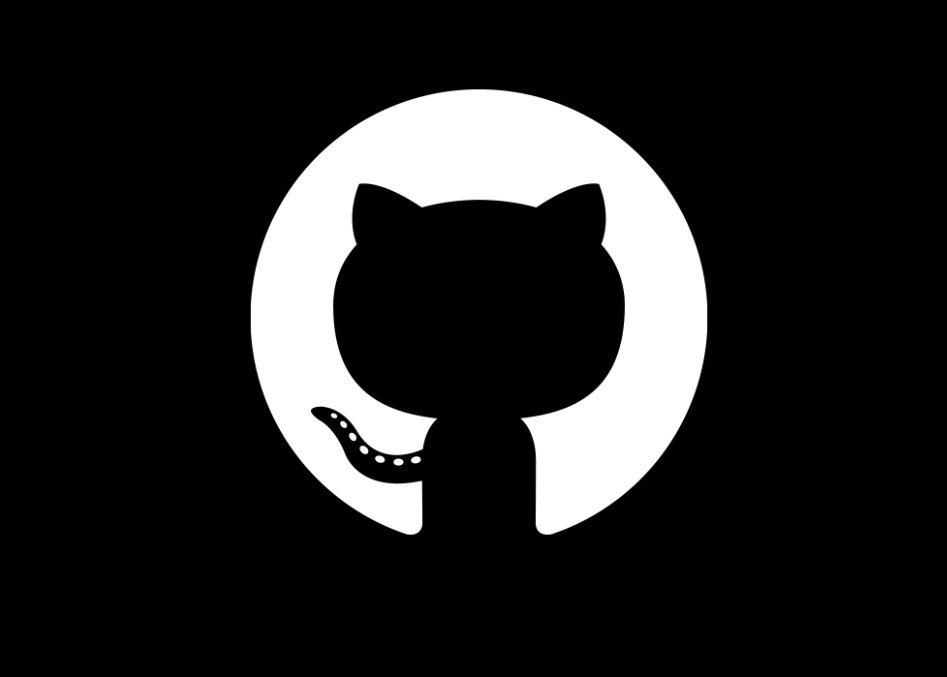 With over 200 million code repositories, shared by more than 80 million users, GitHub is the largest online developer platform of its kind.

The vast majority of all content stored on the site is perfectly legitimate, but some repositories are more questionable, as they contain or indirectly link to copyright-infringing content.

A few hours ago, UK broadcasting giant Sky flagged a problematic repository tied to the pirate IPTV app “CucoTV“. This isn’t the first time that Sky has targeted this app, as the company sent a similar request earlier this year.

At the time, the app was hosted by GitHub user “CucoTV”. After it was removed, the repository redirected to “CucoTV2” and, at the end of May, switched to the “CucoappTV” account. Needless to say, Sky wants this account removed as well.

“Following the removal of the [CucoApp] repository, this app was uploaded to a new repository. The CucoTV app, an app that allows you to watch movies and TV series totally for free,” Sky’s takedown notice reads.

“The developer of the application is not in possession of any type of license for the transmission of the Sky UK Limited contents, therefore this application is considered illegal. So we ask for the repository to be removed.”

How to Pirate “Riviera”

The code itself is not infringing but Sky explains in detail how the app can be used to access pirated content. The company provides a step-by-step guide showing how the TV-show “Riviera” can be streamed for free.

Sky’s request was successful as GitHub swiftly removed the repository. The associated APK, which initially remained online after the previous request, has been taken off the platform as well.

Time will tell whether CucoTV will move away from GitHub now or if the developers will simply try their luck with yet another account. If that’s the case, we can expect yet another Sky takedown request in a few weeks.

Sky is not the only rightsholder that has issues with “infringing” content on GitHub. Every month, thousands of projects are flagged and removed.

Yesterday, GitHub published its latest transparency report, covering the first half of 2022. This shows that the number of takedown notices and the targeted repositories continue to increase.

Over the past six months, 15,883 projects were taken down, compared to 7,675 a year earlier. A small number of reported projects, 82, were reinstated following counter-notices, reversals, or retractions.

GitHub stresses that these takedowns represent only a tiny fraction (0.02%) of all content available on the platform. In addition, it notes that the increase in takedowns is in part due to the fact that GitHub continues to grow.

“Based on DMCA data we’ve compiled over the last few years, the number of DMCA notices we received and processed has generally correlated with growth in repositories over the same period of time.” 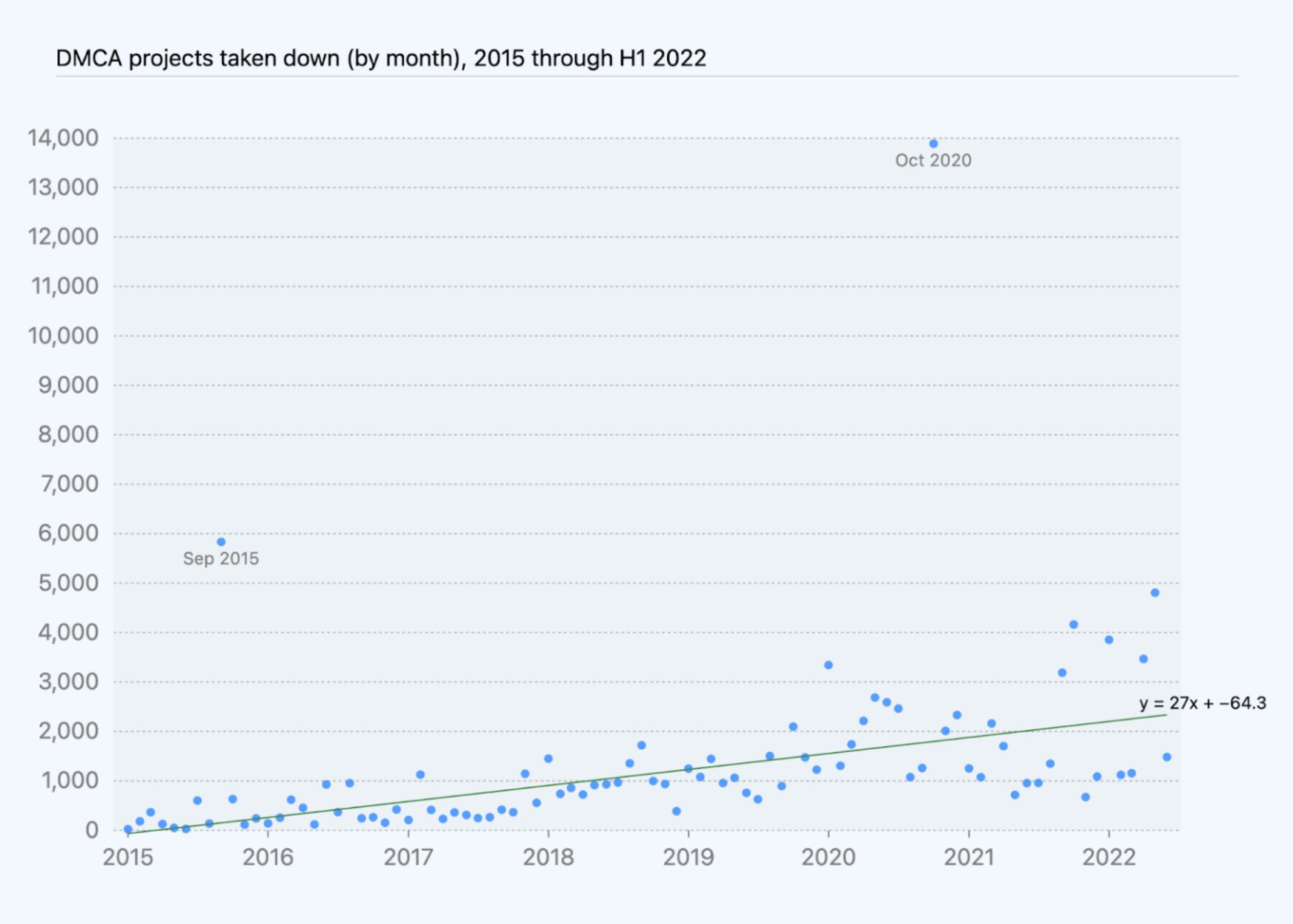 The chart above shows that the number of targeted projects increases by a monthly average of 27. This trend has been fairly consistent with one major outlier in October 2020, when nearly 14,000 projects were flagged in a single month.

That outlier is actually tied to one of the biggest takedown stories in GitHub’s history. At the time, the RIAA asked the platform to remove the youtube-dl repository, which it subsequently did.

That takedown sparked outrage among many fellow developers who, en masse, started to upload copies of the repository. This resulted in thousands of additional takedowns, which explains the spike.

GitHub eventually reinstated the youtube-dl repository after it concluded that the code doesn’t violate the DMCA’s anti-circumvention provisions. In addition, the company placed $1 million into a takedown defense fund to protect the interests of developers.

There’s a market for pretty much anything digital today and ‘collectables’ in particular sell like hot cakes. The non-fungible token…

In the summer of 2018, a report from anti-piracy company Irdeto examined the payment processing abilities of 400 pirate IPTV…