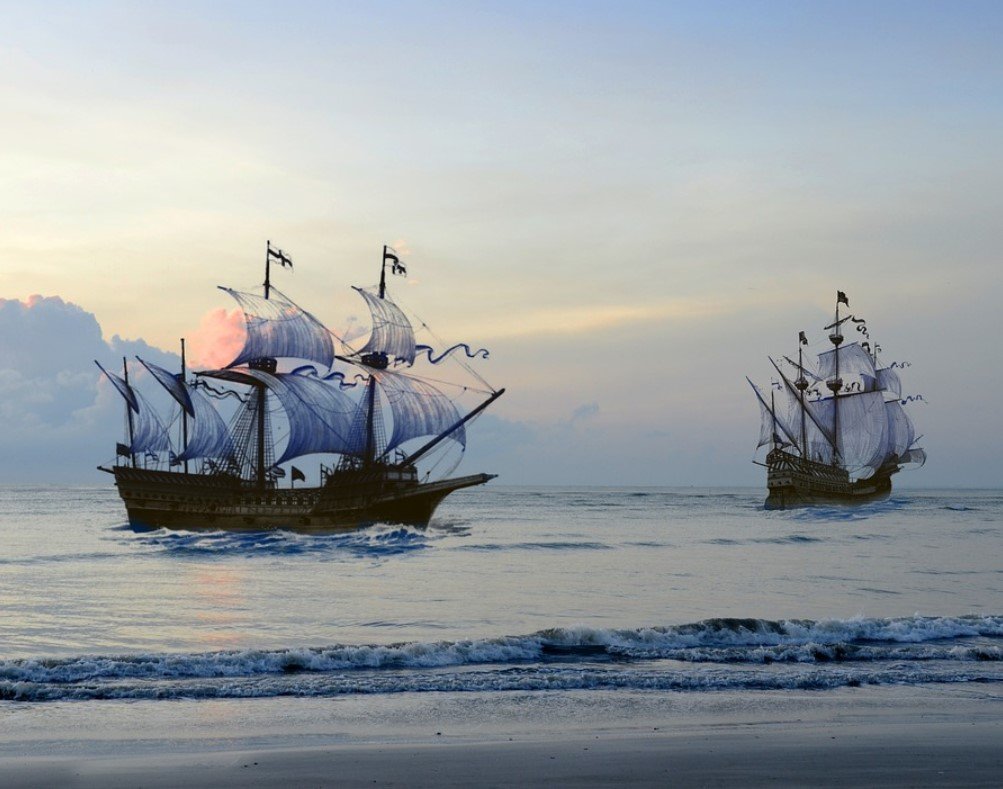 The U.S. Government regularly goes after copyright-infringing companies and individuals, both domestically and abroad.

That doesn’t mean that there are no copyright issues within its own ranks.

Six years ago the US Navy was sued for mass copyright infringement by German software vendor Bitmanagement, which requested hundreds of millions of dollars in damages.

The lawsuit is not a typical piracy case in the sense that Navy officers downloaded software from shady sources, but the end result is the same.

It all started in 2011 when the US Navy began testing Bitmanagement’s 3D virtual reality application ‘BS Contact Geo’. After some testing, the Navy installed the software across its network, assuming that it had permission to do so. 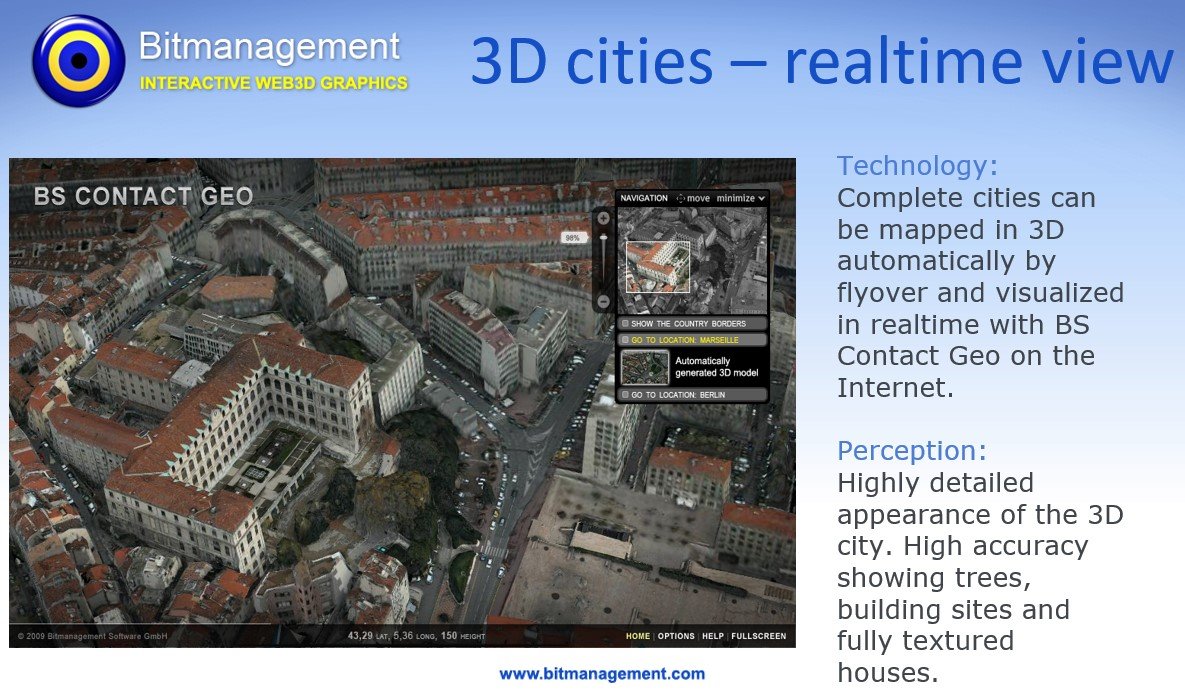 This turned out to be a crucial misunderstanding. Bitmanagement said it had never authorized this type of use and when it heard that the Navy had installed the software on 558,466 computers, the company took legal action.

At the United States Court of Federal Claims, the German company accused the US Navy of mass copyright infringement. The Court initially dismissed the complaint but Bitmanagement appealed, with success.

Last year, the Court of Appeals for the Federal Circuit sided with the software company, concluding that the US Government is indeed liable.

This meant that the matter was referred back to the Federal Claims court, to determine the appropriate damages amount. This resulted in a legal back and forth and after a trial, held behind closed doors earlier this year, the case is about to reach its conclusion.

Unfortunately, most of the legal paperwork is sealed. However, a redacted “post-trial” brief submitted by Bitmanagement a few days ago sheds some light on the main disagreements that remain.

According to the software vendor, the court’s task is fairly straightforward. It’s a simple calculation that should lead to a damages award of many millions of dollars. This is based on the installed copies and the price both parties would have reached in a ‘fictitious’ negotiation.

“Before the Court is a simple matter of arithmetic. The Court should determine that the Navy made 600,000 infringing copies of BS Contact Geo, and that the parties would have agreed to a price of $259 per copy, for a total of $155,400,000 in damages,” the company writes. 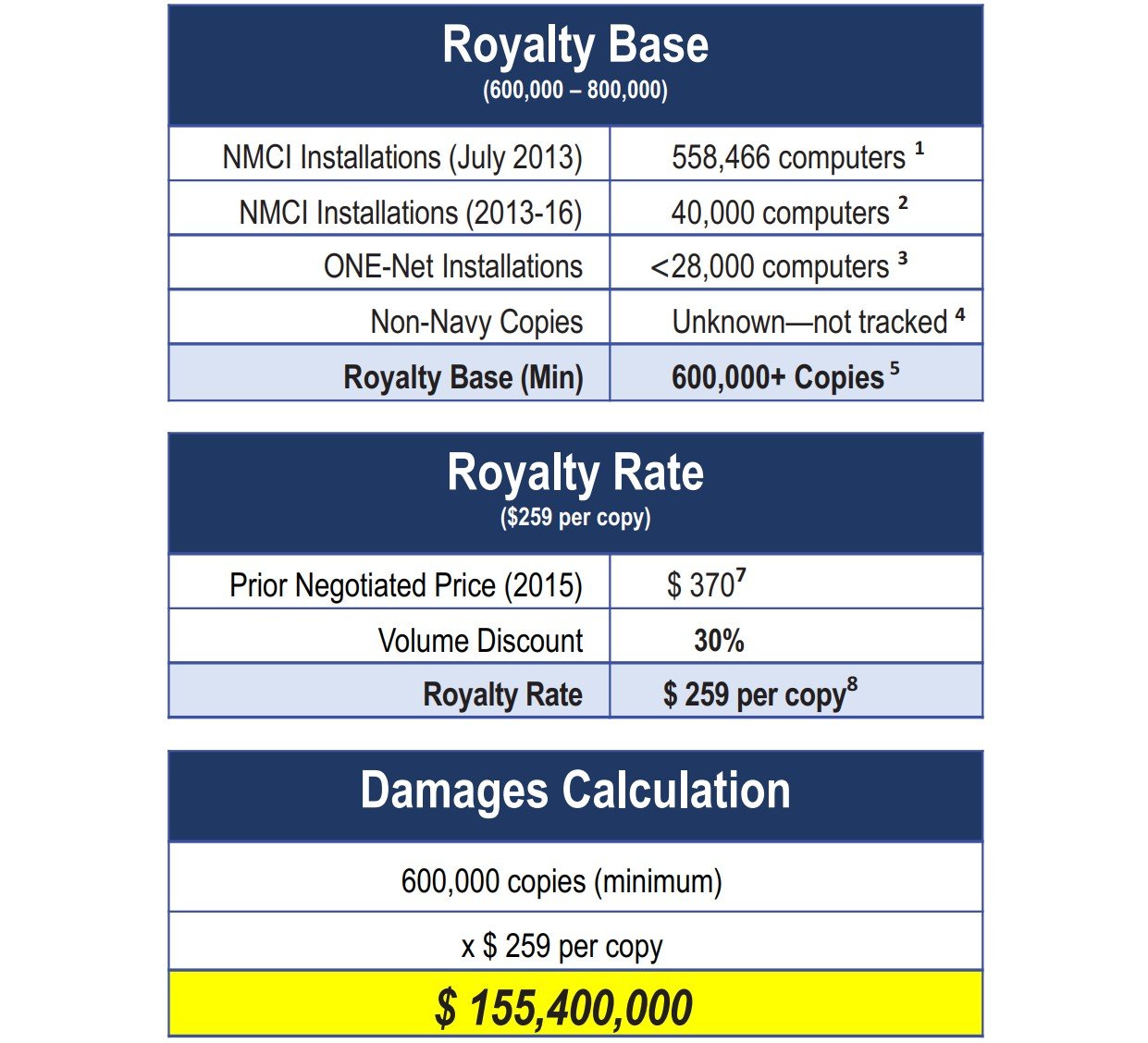 This negotiation, which never happened, includes a 30% volume discount. That is a reasonable percentage, Bitmanagement argues, as it’s based on an AutoCAD software deal that actually took place.

“The best estimate for this volume discount is 30%, based on a similarly large Department of Defense software purchase contract for AutoCAD, a computeraided design program that enables the creation of two- and three- dimensional drawings.”

The U.S. Government’s official position is not public, but the plaintiff’s filing shows that they are aiming for a substantially lower damages amount. A few weeks ago the court opened the trial record to hear Mr. Kennedy, a Government witness whose testimony was previously excluded.

In Mr. Kennedy’s view, the hypothetical negotiation between the Navy and Bitmanagement would have resulted in a price of up to $200 per license for just 579 licenses. These would reflect the “actual uses” of BS Contact Geo instead of the number of installs.

Needless to say, Bitmanagement disagrees. The company says that Mr. Kennedy’s testimony shouldn’t be part of the record and characterizes his approach to damages as legally improper and unreliable. However, since it’s on the record now, the Court will take it into consideration.

The post-trial brief lists a variety of reasons why the “actual uses” argument is not valid. For one, it is unclear how many copies the U.S. Navy actually used as Mr. Kennedy’s calculation is based on incomplete data.

In addition, Bitmanagement notes that the Court has previously made it clear that the royalty base must be linked to the number of copies the Navy made, not how often they were used.

Even without reading the Government’s official position, it is clear that the US Court of Federal Claims has quite an important decision to make. For a relatively small company such as Bitmanagement, it will be a history-defining decision.

In common with other countries attempting to reduce their movie and TV show piracy problem, India has provisions in copyright…

Last year, Texas-based model Deniece Waidhofer sued Thothub for copyright infringement after the site’s users posted many of her ‘exclusive’…

Publicizing the closure of a big pirate service, the arrest of its operators, and the seizure of their assets, is…