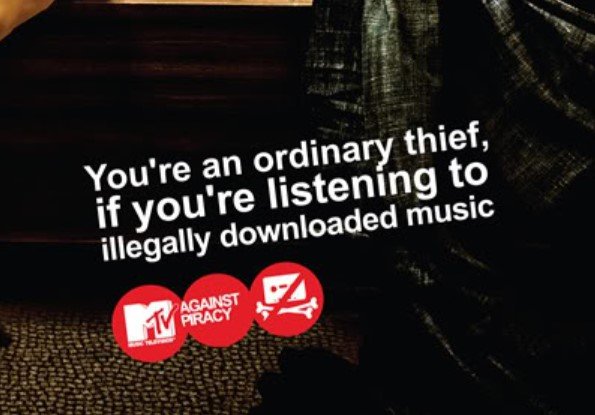 Over the past decades, the entertainment industries have tried out numerous anti-piracy messages.

One of the most iconic videos is without doubt the “You Wouldn’t Steal a Car” campaign, which proved to be a fertile breeding ground for memes, satire, and ridicule.

The ‘You Wouldn’t’ video is an extreme example but anti-piracy messages on the whole often miss the mark. They tend to exaggerate losses, focus on external threats such as malware, or paint a dystopian future where cinemas go out of business and all actors lose their jobs.

These types of messages may work well for the top Hollywood executives but they fail to make an impact on most casual pirates. According to a new paper published by the ESSCA School of Management, there are some key behavioral insights that explain common mistakes in anti-piracy campaigns.

The paper titled; “Doing more with less: Behavioral insights for antipiracy messages”, lists three common errors. This includes the tendency of campaign creators to stack a combination of stronger and weaker arguments in a single campaign.

More is Not Always Better

The general assumption of many people is that, by adding more arguments, the message will be more compelling. That’s called the ‘more-is-better’ heuristic but behavioral research has shown that the opposite is often true.

When many arguments are presented together, the stronger ones may actually be diluted by weaker ones. So, referencing malware, fines, low quality, Internet disconnections, and losses to the industry, all while associating piracy with organized crime, is not the best idea.

The reduced impact of stronger and weaker arguments is also one of the reasons why the “You Wouldn’t Steal a Car” campaign didn’t work as planned, the researchers suggest.

“The most striking example might be the (in)famous ‘You would not steal a car’ awareness video aired in cinemas and on DVDs worldwide during the 2000s. It compared downloading a movie to various forms of stealing, including reasonably relevant ones (stealing a DVD in a store) and somewhat absurd others (stealing handbags, TVs, cars), which diluted down the message.”

Anti-piracy campaigns can also focus too much on dry numbers without putting these into context. While these statistics are vital to the industry, the average pirate will simply gloss over them.

This ‘mistake’ can also be explained by behavioral psychology, which has shown that people identify more with a problem or victim if they feel some kind of personal connection. That’s often missing from anti-piracy messages.

The researchers show an example from the UK “Get it Right from a Genuine Site” campaign that focuses on dry statistics without a personal touch. The message reads as follows: 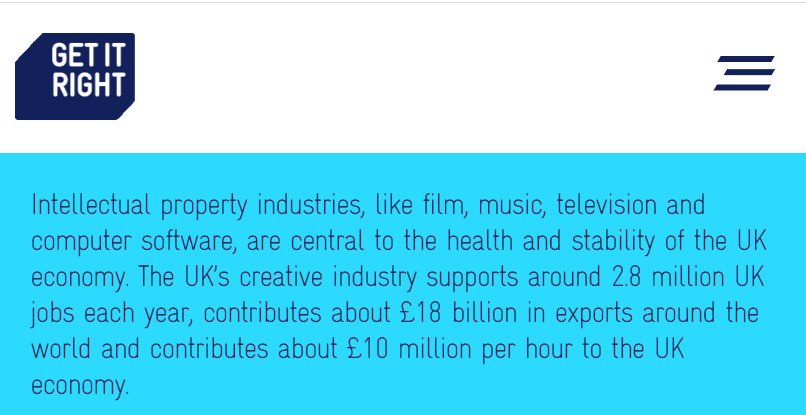 It’s worth noting that not all personal messaging is effective either. The paper mentions an Indian anti-piracy campaign where famous Bollywood actors urged people not to download films illegally, equating piracy to theft.

However, the Indian public probably has little sympathy for the potential “losses” incurred by these multi-millionaire actors. In fact, the anti-piracy campaign may be seen as an extra motivation to pirate.

“All videos starred well-known actors, whose net worth is estimated to be $22–$400 million dollars, in a country where the annual per capita income is a bit less than $2,000.

“This can offer to pirates a moral justification: they only steal the rich to ‘feed the poor’, a form of ‘Robin Hood effect’ that makes even more sense with some cultural or sport-related goods,” the researchers add. 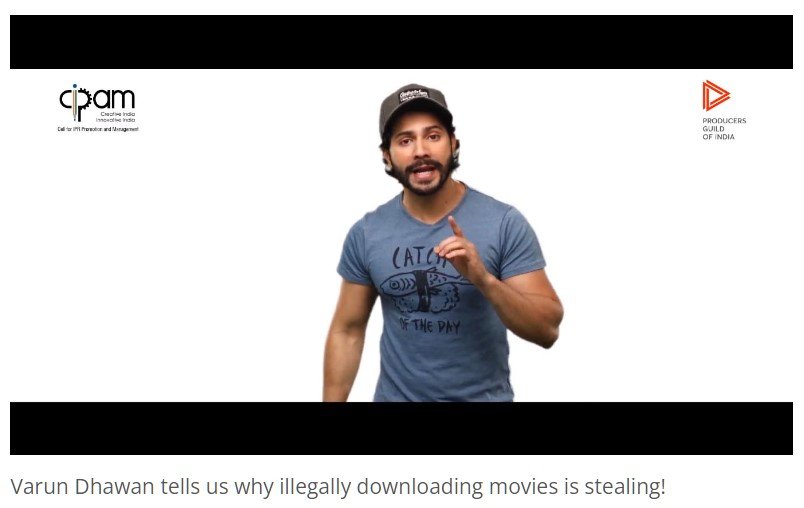 Don’t Emphasize How Popular Piracy Is

Piracy is a widespread and global phenomenon. This makes it particularly problematic for copyright holders but emphasizing this issue in anti-piracy messages isn’t a good idea.

This is the third mistake that’s highlighted in the article. By pointing out that people are supposed to get content legally while at the same time showing that many people don’t, people might actually be encouraged to pirate.

Behavioral research has shown that people often prefer to follow the descriptive norm (what people do) rather than the injunctive one (what the law prescribes).

“Informing directly or indirectly individuals that many people pirate is counterproductive and encourages piracy by driving the targeted individuals to behave similarly. These messages provide to the would-be pirates the needed rationalization by emphasizing that ‘everyone is doing it’,” the researchers write.

All in all the paper provides plenty of food for thought for anti-piracy campaigners. The overall message is to pay more attention to behavioral insights to make sure that the messaging actually works.

In some cases, campaigners are already incorporating this knowledge, intentionally or not. That can lead to subtle but convincing PSAs, as we have previously highlighted. The video below, on the other hand, is less likely to make an impact.

Soccer is The Number One Gateway Sport to Online Streaming Piracy

While pirated Hollywood blockbusters often score the big headlines, there are several other industries that have been battling piracy over…

BitTorrent is Still the King of Upstream Internet Traffic, But for How Long?

Many Internet traffic reports have been published over the years, documenting how traffic patterns change over time. One of the…

Piracy presents a major challenge for companies across different sectors, including the software industry. Many copyright holders stress that piracy…

Most people know all too well that downloading and sharing pirated movies and TV shows is against the law. Nonetheless,…