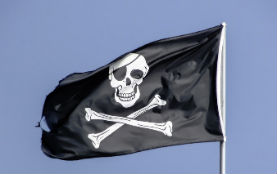 For the past several years market research company Ipsos has carried out an annual study on behalf of leading Italian anti-piracy group FAPAV.

The goals of the research are to estimate the number of adults engaged in online audiovisual piracy, the type of content they consume, the methods used, plus an estimate of the overall number of infringing acts.

The headlines for 2021 are mixed. Last year saw an overall increase in the number of citizens obtaining content from pirate sources, but that appears to have been more than offset by a significant reduction in the overall volume of piracy actually carried out.

Considering the increasing number of legal alternatives available today, Italian rightsholders may be a little disheartened to learn that 43% of the population engaged in some kind of audiovisual piracy in 2021. That’s up from 37% in 2019 before the disruption of the pandemic.

IPTV Piracy Up Yet Again

Audiovisual content can be viewed illegally using streaming sites or peer-to-peer protocols such as BitTorrent but these methods are on a downward trend, especially when compared to pirate IPTV services. Despite massive enforcement measures including multiple raids, shutdowns, ISP blocking, and fines for both operators and end-users, Italians can’t get enough of their ‘pezzotto’ devices.

In 2019, adults watching sport, movies, and live TV via IPTV devices sat at 10% of the population. In 2021, that figure more than doubled to 23%, representing around 11.7 million people in total.

The Ipsos study also attempts to quantify instances of password sharing, where subscribers to legitimate services allow others to access their accounts on Netflix, for example. Those who view without paying are considered pirates for the purposes of the study and in 2021, 41% of adults are said to have viewed content this way.

Not All Bad News For Rightsholders

While increasing numbers of both adults and younger people engaging in piracy isn’t exactly ideal for rightsholders, perhaps the most important figures relate to the overall consumption of pirated content.

For 2021, Ipsos estimates the overall number of infringing acts to be around 315 million. This may sound like a lot but when compared with previous years, it’s clear that progress is being made.

In 2019, Italian adults were responsible for 414 million infringements and in 2018, the figure was 578 million. When compared to levels in 2016, overall infringement in Italy during 2021 showed a decrease of 53%. Of course, rightsholders are still unhappy with current levels.

Claimed Losses to Rightsholders and the Economy

According to anti-piracy group FAPAV, the use of illegal movie and TV sources among Italians may have cost the industry 673 million euros in 2021, with a 267 million euro turnover loss attributable to live sports due to pirate IPTV use. Just last month, the CEO of Serie A claimed that football alone loses 300 million a year to IPTV piracy.

FAPAV estimates a cost of over 1.7 billion euros to all Italian economic sectors due to movie, TV show and live sports piracy, a potential risk to 9,400 jobs, and an estimated impact of 716 million euros on Italy’s GDP. Italy’s government tax collectors, meanwhile, are estimated to have lost 319 million euros in VAT, income, and corporation tax.

Whether these trends will continue will remain to be seen but according to Ipsos, Italians are increasingly aware of the issues. In 2019, just 28% of pirates were aware of the “seriousness of their behavior” but in 2021, that had increased to 50%.

Late September 2021, a group of independent movie companies filed a lawsuit against DataCamp, alleging that the CDN company provided…

For many image conscious consumer-orientated businesses, a key to commercial success lies in carefully calibrated branding and marketing. A hand-picked…

https://variety.com/2022/biz/news/motion-picture-association-antipiracy-1235199141/ another reminder not to mention services or what you use in this subreddit submitted by /u/NoPopcornWithThat [link] [comments]