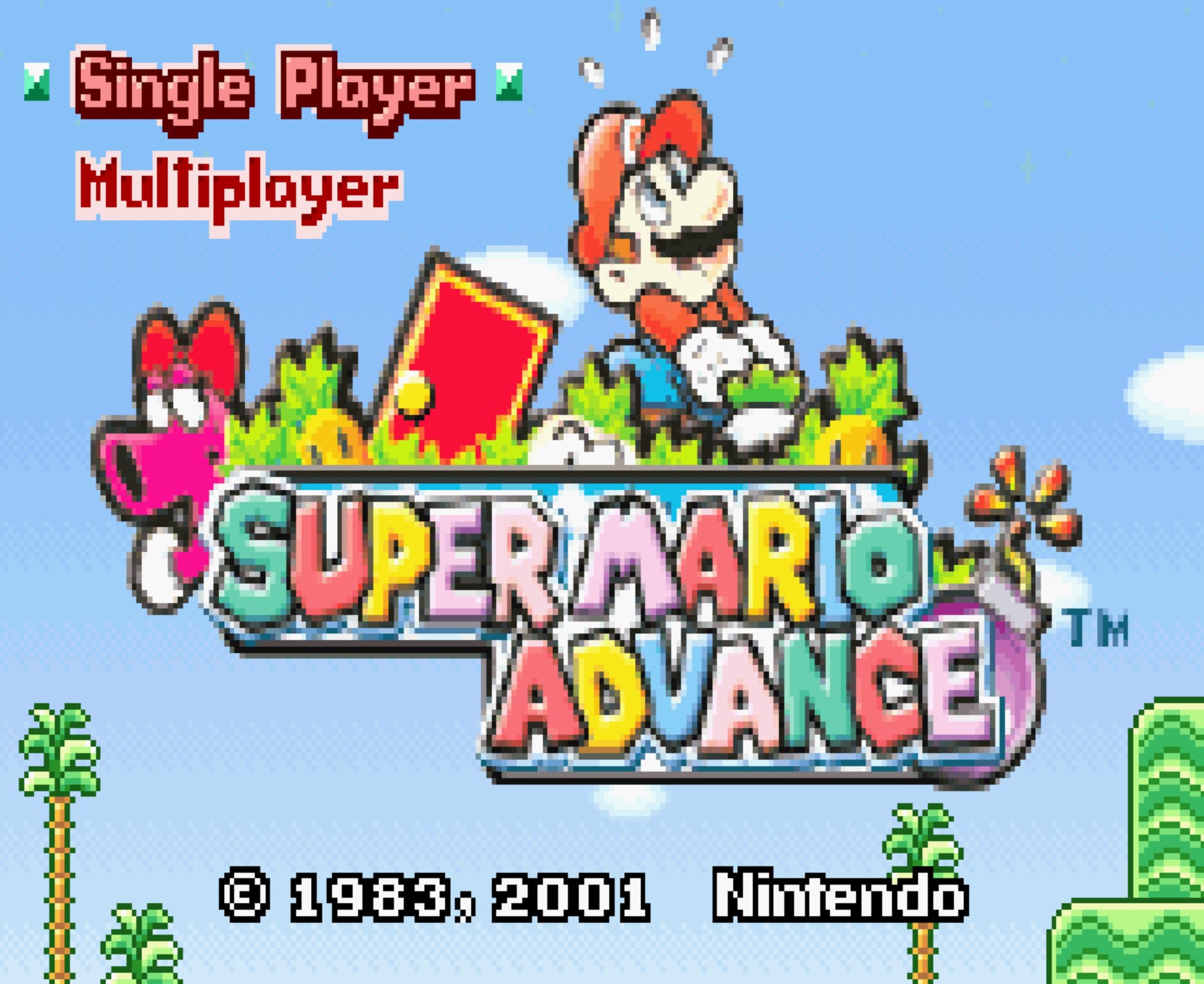 Playing games using browser-based emulators is a niche pastime of some of the most dedicated gamers.

For Game Boy Advance fans there are a few websites that offer this option, albeit without permission from Nintendo.

While emulators that utilize all of their own code don’t break the law, they can face legal issues when packaged with pirated ROMs and distributed to the public. Nintendo is not happy with this activity and has cracked down on it on several occasions.

In 2015, the Japanese gaming giant already asked GitHub to remove a Game Boy Advance repository, hosted by the user “jsemu.” This worked out initially but soon after GitHub took action, copies started to appear. This included one shared by the user “jsemu3”, which Nintendo took down in 2018.

Since then many passionate Nintendo fans have found their way to yet another alternative game collection. Again, it was uploaded by a user with a familiar-sounding name; jsemu2.

This site, hosted by GitHub, has been online for a few years but this week visitors were welcomed by a 404 error. The error doesn’t mention the reason for the removal but we tracked down a DMCA notice that provides an explanation.

The takedown request was sent by the Entertainment Software Association (ESA), which represents Nintendo and other videogame companies. According to ESA, the site in question infringes on the copyrights and trademarks of its members.

“Our review of the Website indicates that it is has been marketing or otherwise making available products and/or services that infringe on ESA Members’ copyrights and trademarks,” the notice reads. 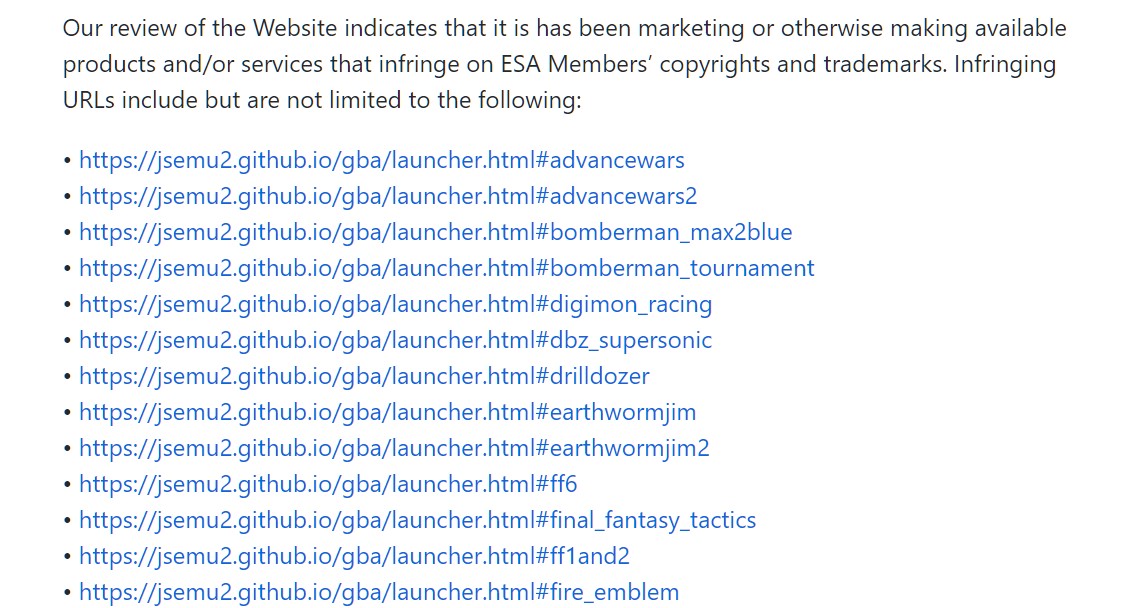 It appears that this is the third time that ESA has targeted this site. In its takedown request, the Association mentions that two earlier attempts failed, as GitHub requested “additional notice.”

“We are hopeful that this revised notice contains the necessary information to cause removal of the infringing uses of ESA Members’ intellectual property,” ESA writes. And indeed, this one was sufficient.

ESA’s takedown request lists the main URL where all the games were stored and also points to 75 of the ‘launchers’ directly. The site itself actually listed 98 games, but those that aren’t specifically mentioned have been removed as well.

Whether this will solve the problem completely seems doubtful. As history has shown, new copies are bound to pop up. In fact, nostalgic gamers can easily find alternatives, even on GitHub.

Finally, it is worth noting that the code for the Game Boy Emulator itself, without the pre-loaded games, is open source and still hosted elsewhere on GitHub. Nintendo doesn’t appear to have an issue with it, or it has no legal grounds to take action, as it has been online for over a decade now.

While search engines are extremely helpful for the average Internet user, copyright holders also see a massive downside. The fact…

In October 2021, TorrentFreak learned that the Motion Picture Association and its anti-piracy partner Alliance for Creativity and Entertainment had…

Once upon a time the vast majority of piracy and counterfeiting involved physical goods. Not even movies changed hands without…