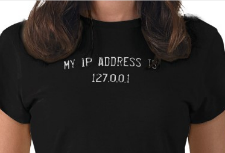 Among the many movie companies that have attempted to turn piracy into profit, Voltage Pictures and parent Voltage Holdings stand out among the most persistent.

With ties to the shadowy piracy monitoring and settlement factory GuardaLey, Voltage is currently pursuing Virgin Media customers in the UK to retrieve cash while warning that something much worse could happen.

Voltage is also active in Canada, demanding cash settlements from the same type of people, backed up by similar evidence, and supported by similar creative legal theories that attempt to establish liability for internet billpayers due to their inability to accurately identify primary infringers.

An order handed down by Canada’s Federal Federal Court last week demonstrates that when evidence is not good enough, a logical assessment of the law can significantly undermine plans for an easy influx of cash settlements. Given the similarities between Canadian and UK law, the order and the reasoning behind it should prove interesting to Voltage letter recipients on both sides of the Atlantic.

In 2017, piracy monitoring company Maverickeye set out to collect IP addresses of BitTorrent users sharing the Voltage-owned sci-fi movie ‘Revolt’. Canada has a so-called ‘notice-and-notice’ regime so Voltage identified the ISPs related to the IP addresses and sent initial warning notices, which were forwarded by ISPs to the relevant subscribers. Second notices were sent after Maverickeye found the same IP addresses sharing the same work a week or more later.

On March 16, 2018, a statement of claim was filed against 110 ‘Doe’ defendants, identified only by their IP addresses. On December 3, 2018, a so-called ‘Norwich’ discovery order was obtained which, like its UK counterpart, compelled ISPs to disclose the names and addresses of subscribers associated with the allegedly infringing activity.

Voltage subsequently labeled 30 of these internet subscribers “the worst of the worst” after they allegedly shared ‘Revolt’ over a period of weeks to months, possibly to thousands of people. This evidence was supported by an affidavit from Benjamin Perino, who in court documents is described as GuardaLey’s former CEO and creator of the piracy tracking software used by Maverickeye.

The fact that Perino currently runs affiliated Cyprus-based company Guardaley Technologies Ltd isn’t mentioned in the order and since no defenses were filed in the action, once again the mechanics and evidence produced by the Maverickeye software went uncontested.

Given that these ‘worst of the worst’ defendants failed to file a defense, Voltage sought default judgment against them. Canadian Internet Policy and Public Interest Clinic (CIPPIC) was allowed to intervene, arguing that Voltage should not be able to bring a default proceeding as it had not done enough to identify the people who had actually infringed.

Justice Angela Furlanetto ultimately agreed that all of the defendants are indeed in default. However, a consideration of the merits should take place before handing down any judgment. Given the uncontested evidence, the Judge found that portions of the ‘Revolt’ movie had indeed been shared online in breach of copyright but the thorny issue remained – were the defaulting defendants, identified as ISP account holders and billpayers, the actual infringers?

CIPPIC argued that it cannot be presumed that an internet subscriber/billpayer and an internet user are the same person and as such, Voltage had failed to identify the persons behind the monitored IP addresses at the time the alleged infringements were carried out.

The Judge’s summing up of Voltage’s position notes that “there is no technological way to pierce through the veil of the internet to determine who was actually using the IP addresses at the time the Work was offered for download”, which effectively admits that via an IP address alone, Voltage can’t identify the actual infringer. Of course, Voltage wouldn’t be giving up that easily.

The company insisted that since it had provided evidence of repeat infringement (backed up by infringement notices) the burden should shift, thereby requiring the defendant internet billpayers to disprove their association with the infringement monitored via their IP address. The Judge disagreed, noting that in a Canadian default proceeding, all allegations are treated as denied. The plaintiff must show, on the balance of probabilities, that they have named the proper defendants – the infringers.

CIPPIC said that Voltage should’ve obtained more evidence before requesting default judgment but Voltage expressed concern over potential breaches of privacy. Obtaining all electronic devices (or forensic copies) belonging to all people associated with an IP address would be intrusive, as would requests to ISPs to provide detailed internet activity logs.

In a previous Voltage case, the Court said that privacy rights should be invaded “in the most minimal way” and in this matter Justice Furlanetto suggested that written discovery could be used to seek information on the nature of the system behind an IP address. This could include the type of control the IP address owner has over users and devices, the number of users behind an IP address, and what actions were taken by the billpayer in response to the first and second infringement notices.

“In my view, some attempt must be made to determine the internet user responsible for the alleged infringement before a presumption can arise that the internet subscriber is that user or a proper adverse inference can be drawn based on non-responsiveness,” the Judge’s order reads.

Voltage settlement actions always seek to maximize pressure on the internet bill payer. In the UK, their settlement letters state: “This letter assumes that you, as the account holder for the Infringing IP Address, were the user of the relevant device on the dates and time” the movie was shared.

Letters continue by noting that Voltage can bring court proceedings if it can show on the balance of probabilities that the bill payer was the direct infringer or that the bill payer “authorized or allowed” someone else to infringe Voltage’s rights using the broadband connection.

The concept of authorization in the UK turns on whether the defendant (in this case an internet billpayer) participated in a copyright infringement carried out by someone else in more than a minimal way, to the extent that they now bear some responsibility for the infringement itself. Authorization is interpreted broadly but in Twentieth Century Fox Film Corporation v Newzbin Limited, Justice Kitchin found that authorization does not extend to “mere enablement, assistance or even encouragement.”

Unlike in Canada, Voltage does not send any warning notices to UK billpayers, so arguing that they knew something about the infringement yet failed to stop it is much harder. However, the warning notice system in Canada doesn’t help Voltage either, because even when those notices have been sent to the billpayer, there is still a need for Voltage to establish a relationship between the billpayer and the infringer.

“To establish authorization in this context, in my view, consideration must be given to not only whether the Default Defendant had knowledge of the alleged infringing activity, but also the relationship and extent of control over the user and whether the internet subscriber had some ability to prevent the act of concern,” Justice Furlanetto writes.

GuardaLey’s Benjamin Perino views things very differently. He believes that home wifi routers must be passworded and billpayers should configure them with a blacklist to ban specified devices. A whitelist should also be in place to restrict access to specified devices alongside filtering to completely block BitTorrent traffic.

Of course, it’s entirely possible that the defaulting billpayers did take steps to prevent infringement but failed in some way. Maybe, faced with a complete lack of technical knowledge, they warned everyone in the house that if any pirating took place, there would be consequences? Maybe the infringer holds the ultimate power in the house, is a violent drunk, refuses to pay the bill, and can’t be reasoned with?

The truth is that Voltage doesn’t know and the Federal Court finds this problematic. If the movie company wants to take the authorization route it needs evidence to show that, perhaps obtained through some sort of discovery. In the meantime, Justice Furlanetto says there is insufficient evidence to ground a finding of infringement by authorization.

Given the above, three choices were available to the court – grant a default judgment, dismiss the action, or order the action to proceed to trial where the plaintiff can prove its case.

On the basis of the evidentiary deficiencies, Justice Furlanetto refused to issue a default judgment against the internet subscribers. She also declined to dismiss the action because if Voltage can come up with some proper evidence to identify the infringers (and/or show authorization), it may be able to progress its case.

With that in mind, Voltage was ordered to arrange a case management conference to set the next steps in advance of a trial. In the alternative, Voltage is free to address the evidence shortcomings highlighted by the Judge and return at a later date with a new motion for default judgment.

Hacking group Team-Xecuter has long been a thorn in the side of major gaming companies. The group offered hardware and…

Having spent billions on development and marketing over decades, companies like Microsoft dominate important sections of the software market. As…

Over the past few years, stream-ripping service Yout.com has fought legal battles on several continents. The most prominent lawsuit was…