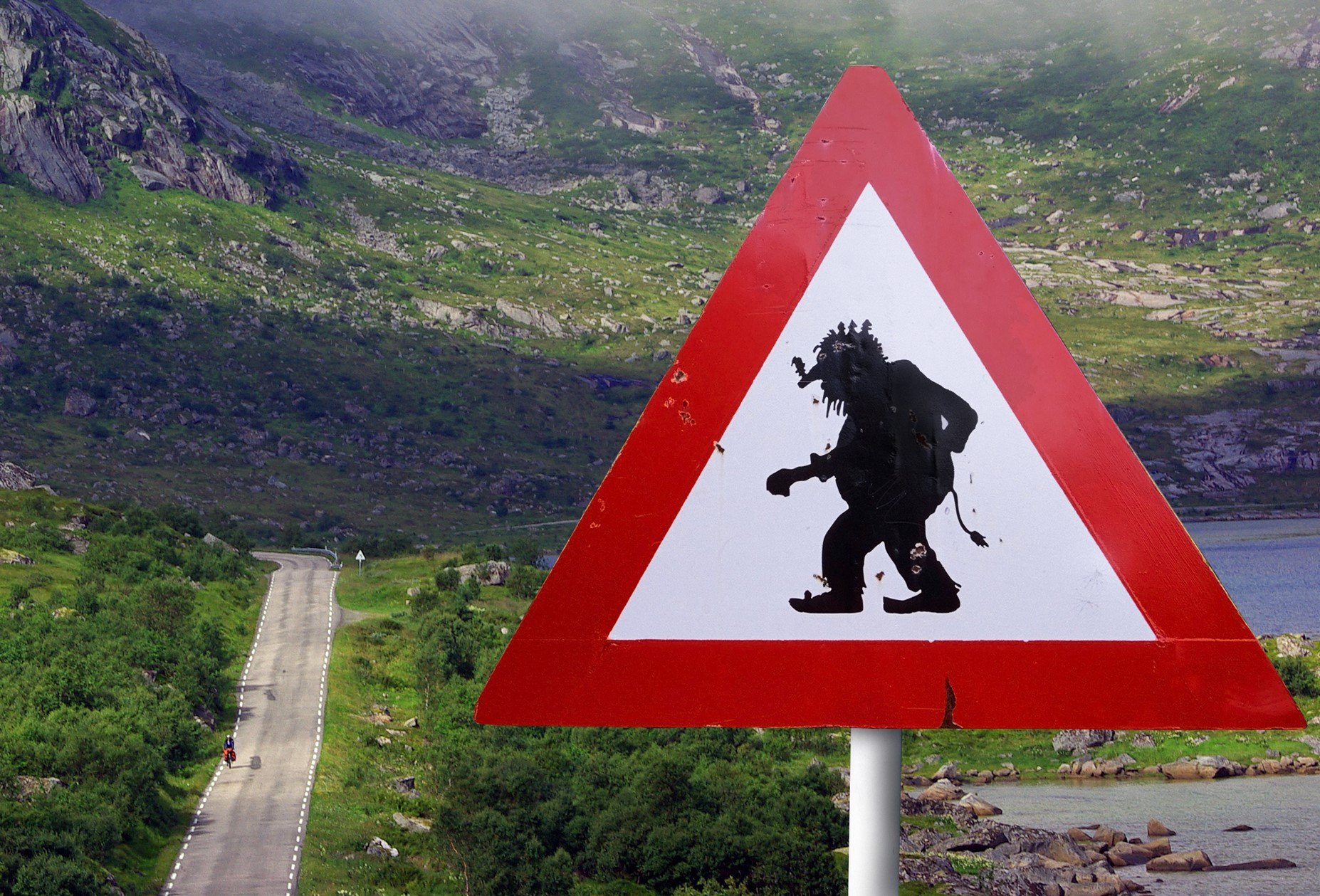 For more than 15 years, alleged file-sharers around the world have been pressured to pay significant settlement fees.

These so-called ‘copyright-trolling’ efforts are pretty straightforward. Copyright holders obtain a list of ‘pirating’ IP-addresses and then request a subpoena from the court, compelling ISPs to hand over the associated customer data.

These schemes can be rather lucrative. With minimal effort, rightsholders can rake in hundreds or thousands of dollars per defendant. That is, if a court grants expedited discovery, allowing the companies to request the personal details of alleged infringers from ISPs.

In the United States it was relatively easy to pursue these cases but over time that began to change.

Most prominent was the 2018 Ninth Circuit Court of Appeals ruling in the Cobbler v. Gonzales case. Here, the court ruled that identifying the registered subscriber of an IP-address was not sufficient to argue that this person is also the infringer. Rightsholders needed “something more”.

This has made it harder to pursue legal actions against file-sharers, but not impossible. While pretty much all prolific lawsuit filers have ceased their activities, Strike 3 Holdings is still going strong.

Strike 3 is in the adult video business. The company makes its content available through subscriptions via the Blacked, Tushy, and Vixen websites. When it discovers that pirates have shared these videos illegally via torrent sites, the company takes action.

To present “something more” than just an IP address the company is also using other sources to gather information on the defendants. This includes information shared on social media. In addition, the company has also requested data from Google and Netflix.

This week we looked at all cases filed by Strike 3 thus far this year, making a total of 1,060 lawsuits. This means that 2022 is on course to become one of the most active years for the company in federal court. 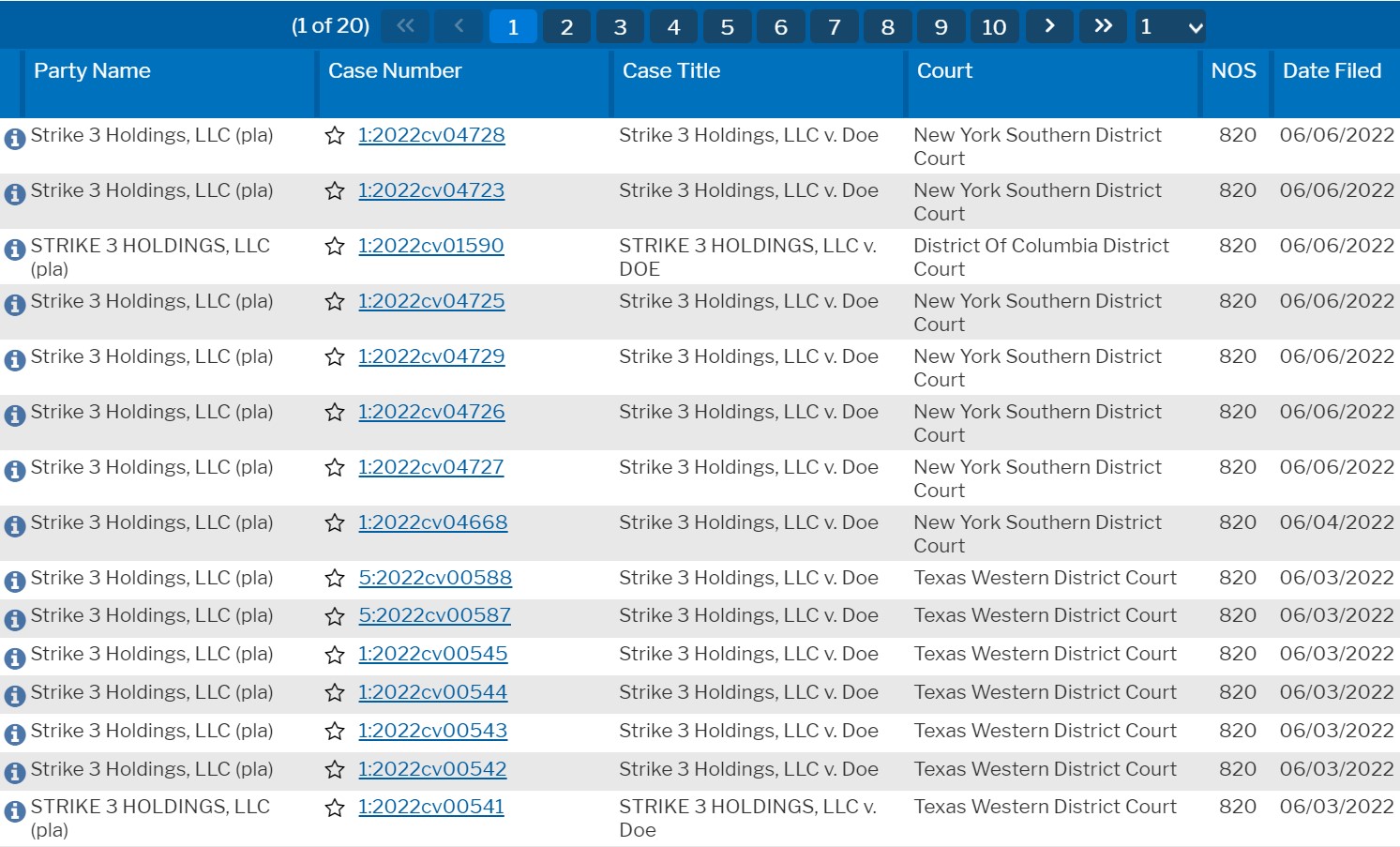 Strike 3 is currently responsible for the vast majority of copyright legal action in the US. There are some other smaller independent movie studios that file piracy-related lawsuits, but these are limited to a few dozen at most.

With this much workload, it’s no surprise that most cases are resolved relatively swiftly. Of all the lawsuits filed in the first three months of the year, 50% have already been closed. This happens when both parties reach an out-of-court settlement or if the complaint is dropped by Strike 3 for another reason.

There are also instances when the defendants fail to respond at all. If that happens, Strike 3 often requests a default judgment from the court, which can have mixed outcomes.

In some cases, it can lead to massive damages awards. For example. last year a federal court in New York ordered a local resident to pay $108,750 in damages for sharing 145 pirated videos via BitTorrent. However, other courts have denied similar default judgment requests.

Finally, it is also possible for accused pirates to secure a win. This happened when Strike 3 filed a lawsuit against a “John Doe” who turned out to be a 70+-year-old retired police officer.

Instead of settling the matter, the former policeman lawyered up and submitted a counterclaim accusing Strike 3 of “extortion through sham litigation” and abuse of process. The defendant eventually secured a win and was awarded $47,777 in attorneys’ fees and costs.

Overall, it’s clear that Strike 3 is getting more out of its legal campaigns than it puts in. Since 2018, when the first case was filed, over 7,000 complaints have been submitted at federal courts. At the current rate, the company is on its way to filing over 2,200 lawsuits this year alone, which would be an all-time record.

More than ten years after the shutdown of Megaupload, there have been some major developments relating to the criminal prosecution…

The “repeat infringer” issue remains a hot topic in US courts and several ISPs have been sued over the years….

In 2012, Japan passed legislation that made it illegal to download unlicensed movies and music from the Internet. Eight years…