No longer the sole preserve of Japanese consumers, manga publications (comics/graphic novels) now have global reach and massive commercial potential, but that hasn’t always been the case.

Granting broad access to manga titles, especially publications translated into English, was not a key priority for publishers until a few years ago. In the meantime, unofficial ‘scanlation’ groups stepped in to meet demand with their scanned and translated copies, leaving official suppliers to play catch-up and pirate sites to reap the benefits.

As a result, companies including Tokyo-based publisher Shueisha and US-based publisher VIZ Media now have a big piracy problem. Manga piracy sites are now some of the largest pirate sites, period, in part because they were allowed to gain traction but also due to them being free and easy to access. But if the publishers have their way, that won’t always be the case.

This week, Shueisha Inc. and VIZ Media, LLC, opened a case at a California district court in preparation for legal action elsewhere. The ex parte application obtained by TorrentFreak seeks an order under 28 U.S.C. § 1782, a statute that empowers courts to order third-parties to provide documents and statements for use in foreign legal processes.

The application reveals that the publishers are preparing lawsuits against two pirate manga sites, one very large and another unquestionably massive.

With around 24 million visits per month according to SimilarWeb estimates, Manganelo.com is a significant player in the manga piracy market. Just over 21% of its traffic comes from the United States with the Philippines, United Kingdom, Canada and Malaysia accounting for 5% each, give or take. 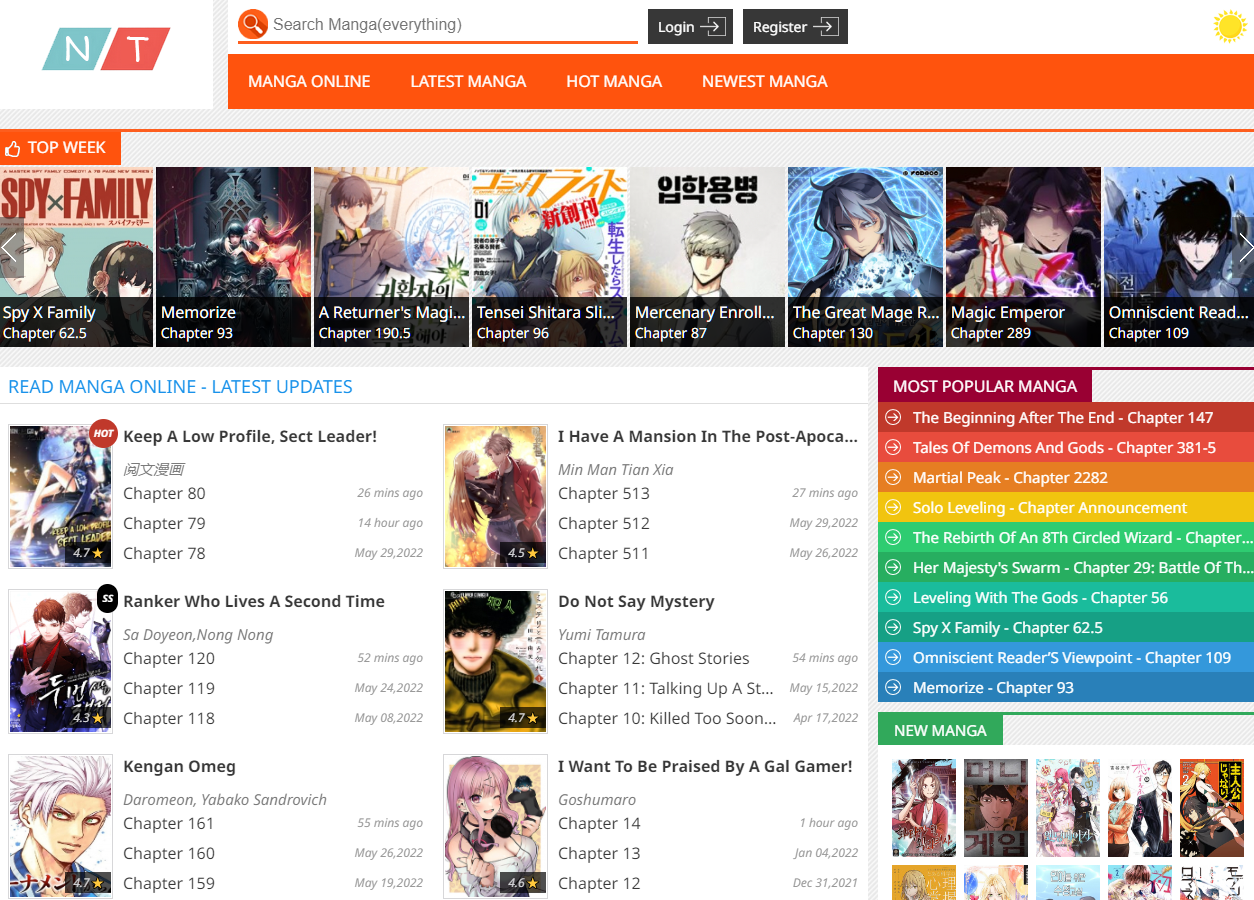 Manganato.com, on the other hand, is absolutely enormous when compared to most pirate sites online today. During March and April 2022 it received 180 million and 167 million visits respectively, more than The Pirate Bay and Fmovies combined.

Almost a third (32.4%) of visits emanate from the United States, roughly 6% each from the Philippines and Indonesia, with Canada (3.9%) and France (3.6%) following behind.

In an application that spans several hundred pages of information, Shueisha and VIZ say they recently discovered that the owners and operators of the two sites had been uploading “an extensive amount” of their copyrighted comic books to their platforms.

“Such illegal copies mostly contain the entire pages of the book or volume and some of the illegal copies were uploaded on the Infringing Websites soon after publication,” the application reads.

The publishers have several attorneys on the case, including one from Japan and another from Vietnam. They have confirmed that the applicants’ works being present on the sites constitutes copyright infringement under the laws of those countries, so they intend to take legal action in one country or the other.

Before filing these lawsuits the publishers want to identify the alleged infringers. They attempted this earlier by filing DMCA subpoenas against US CDN company Cloudflare but they say these failed to provide sufficient information, partly due to a lack of customer verification at Cloudflare. They did provide leads, however.

Cloudflare’s responses included IP address information linking the site operator(s) to telecoms companies Vietnam Posts and Telecommunications Group and Vietname Telecom National. However, in Vietnam it is not possible for third-party companies (such as the publishers) to obtain information on internet users based on copyright infringement allegations.

To counter this dead end, the publishers now have something bigger in mind

Naming PayPal, Visa, Google, Braintree and Stripe as witnesses, Shueisha and VIZ seek an order compelling them to provide information, held in the United States, for use in foreign or international proceedings, including criminal investigations.

The discovery requested by the publishers is described as “narrowly tailored and limited” to only reveal materials related to the accounts held at the companies relating to the infringer(s) and infringing works, to ascertain identities and nothing more.

“To sufficiently identify the Infringer, it is crucial to obtain the information highly likely to be true, which is name, address, email addresses, and/or telephone numbers for verification purposes and the payment methods registered with the Infringers’ Witnesses’ accounts,” the application reads.

“The Infringers are highly likely to use and provide the true information for such purposes as required to use the Witnesses’ services.”

Whether the publishers intend to file civil lawsuits or initiate criminal investigations is unclear at this stage but one approach does not necessarily exclude the other. In Japan, for example, harsh penalties are available against infringers in criminal cases, setting the scene perfectly for successful follow-up civil action.

In 2018, top-tier Spanish football league LaLiga caused widespread uproar with a clever yet intrusive anti-piracy tool. In common with…

Internet provider Cox Communications has been on the sharp end of several piracy lawsuits in recent years. The biggest hit…

As part of Triller’s legal campaign targeting people and entities that allegedly pirated the Jake Paul vs. Ben Askren fight…