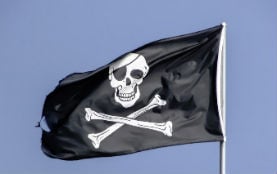 This requirement has been in place for more than two decades but only over the past few years have ISPs been held to the standard.

They include Bright House, which is owned by Charter. According to the music companies, the ISP failed to terminate persistent pirates. This claim could lead to hundreds of millions of dollars in damages, as seen in the lawsuit against Cox Communications two years ago.

The repeat infringer case is scheduled to go to trial later this year. Before it starts, however, both sides have submitted requests for summary judgments, in order to settle crucial matters before they are presented to the jury.

‘Copyright Claims Should be Dismissed’

Bright House requests the court to dismiss the only remaining copyright infringement claim. This accuses the ISP of contributory infringement, which means that the company induced, caused or materially contributed to the piracy activities of its subscribers.

The ISP rejects this claim and points out that it had an anti-infringement program modeled after the Copyright Alert System, an “industry-standard” anti-piracy agreement that was supported by the recording industry.

This system was described as a set of “best practices” for ISPs on how to handle copyright infringements. Bright House mimicked this with its own set of escalating “alerts” which, like the original scheme, didn’t lead to permanent disconnections.

Under Bright House’s program, subscribers’ Internet connections were quarantined after repeated alerts, and only reenabled after the subscriber spoke to its abuse team. That doesn’t rhyme with the allegation that it ‘fostered’ infringements, the ISP notes.

“The record contains no evidence that Bright House supplied Internet service to subscribers or otherwise handled infringement notices with the object of fostering copyright infringement,” Bright House informs the court.

“To the contrary, Bright House adopted and employed a robust anti-infringement program to ensure that subscribers were informed of infringement accusations by rightsholders and educated about copyright infringement on the Internet—all in an effort to discourage and prevent future infringement.”

If the court chooses not to dismiss the copyright claims, the ISP would like the claims to be drastically limited. The company explains that many of the copyright notices sent by the rightsholders should be excluded because they were sent to the wrong email address.

“Bright House could not have had knowledge of alleged infringements identified in notices it did not receive,” the company adds.

In addition, the ISP also notes that the music companies are not entitled to request damages for a large part of the works included in the lawsuit. Apparently, the companies seek damages for both the sound recording and composition of the same works, which isn’t allowed.

Music Companies Have Demands Too

The music companies, including Universal Music and Warner Records, also request a partial summary judgment. They are taking the opposite stance by asking the court to rule that the ISP is liable for the pirating activities of its subscribers.

While Bright House (BHN) may have had its own anti-piracy scheme, the law requires it to terminate the accounts of repeat infringers in appropriate circumstances. That didn’t happen, the plaintiffs say.

“BHN easily could have avoided all liability for copyright infringement had it simply complied with the DMCA safe harbor that Congress enacted to protect ISPs. It merely needed to adopt and reasonably implement a repeat infringer policy that provided for termination in appropriate circumstances, and communicate that policy to its subscribers.

“For years, BHN chose not to even look at the overwhelming majority of infringement notices it received — willfully blinding itself to the bulk of infringement occurring on its network,” the companies add.

The record labels also ask the court to confirm that they own all the copyrights at stake and that the files that Bright House subscribers shared were indeed pirated copies.

Both of the motions reported here were already submitted under seal. They were made public this week, together with a slew of other documents. It is now up to the Florida federal court to decide on the matter. When that is done, the case will move to trial.

Omi in a Hellcat Sued Again, This Time Over Pirate IPTV Brand ‘Reloaded’

In November 2019, the US federal government shut down IPTV services operated by Bill Omar Carrasquillo, aka ‘Omi in a…

Vimeo is a New York-based video streaming platform that mostly targets business users. The service has over a quarter billion…

Over the past few years, stream-ripping service Yout.com has fought legal battles on several continents. The most prominent lawsuit was…

In 2009, anti-piracy group BREIN took News-Service Europe (NSE) – one of Europe’s largest Usenet providers at the time – to…