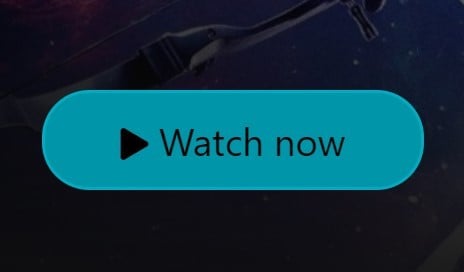 There are many options for people to enjoy movies and TV shows legally but millions still choose to pirate content instead.

Up until a decade ago, this piracy landscape was dominated by torrent sites and direct download portals. Today, the vast majority of pirates use streaming sites.

The entertainment industries have swiftly adapted to this shift. At the moment, most anti-piracy initiatives are streaming-related, spearheaded by the Alliance of Creativity and Entertainment (ACE). These efforts have resulted in the shutdown of hundreds of sites already.

Despite the successes, many challenges remain as well. In a recent appearance on Reuters, MPA’s Senior Executive Vice President Karyn Temple points out that pirates can be pretty creative too. Especially when it comes to evading law enforcement.

“The illegal pirates that we deal with and have to go after are almost as creative, in some sense, as our own creators,” Temple says. “They try to take advantage of new technology and new tools as soon as they are developed. We have to continually develop tools to stay out ahead.”

The MPA and ACE have learned that DMCA subpoenas targeted at third-party services such as Cloudflare can be quite effective. While most site operators use fake information to sign up, some of the information is actionable.

It’s clear that rightsholders have the tools and legal backing to go after operators of streaming sites but going after the end-users of these sites is a challenge, for a variety of reasons.

The first and most obvious problem is that rightsholders have no easy way to find out who the consumers of pirated streams are. Unlike BitTorrent transfers, the IP addresses of people who watch centrally hosted streams are not publicly available, so can’t be easily tracked.

In theory, the site operators could monitor the people who use their platforms to watch videos but getting site owners to hand over user data would generally only happen if a site or service is compromised. That’s not impossible, but far from straightforward.

There’s another more fundamental problem as well. Even if rightsholders could obtain the IP address or even a name of an alleged streaming pirate, they would have to prove that the person in question is actually engaged in copyright infringement. That’s easier said than done.

Not Clear Whether Streaming is Infringing

This is also what James Gibson, Professor of Law at Richmond University, hinted at. Unlike downloading pirated movies, consuming pirated streams isn’t a clear violation of copyright law.

“It’s not at all clear that if you merely consume pirated streaming content that you’re actually engaging in copyright infringement,” Gibson says.

As a result, rightsholders may not be eager to file complaints against consumers who stream pirated content. After all, if they lose one of these cases, it may empower streaming pirates instead of deterring them, which could only make the problem worse.

“So it could be that the media companies do not want to set a bad precedent by claiming that it’s an infringement and then finding out that it’s not. That might embolden end users rather than make them more attentive to the legal aspects of streaming,” Gibson notes.

The fact that downloading and streaming are handled differently under US copyright law boils down to the definition of copyright infringement. These infringements always require the distribution, reproduction, or public performance of copyrighted content.

When someone downloads a pirated file a full and lasting copy is created, which fits the definition of reproduction. However, when someone watches a pirated stream this is typically not the case.

Speaking with TorrentFreak, Professor Gibson explains the difference in a clear and concise manner.

Whether streaming can or can’t be classified as copyright infringement is ultimately up to the courts to decide. It is definitely less straightforward than downloading, but it might not be impossible. For now, however, Gibson is not aware of any cases where this has been put to the test.

For the operators of pirate streaming sites, the situation is quite different. They offer pirated content to a broader audience, which is a “public performance” and can therefore be seen as copyright infringement.

Historically, these “public performance” infringements were seen as misdemeanors under criminal law but, with the Protecting Lawful Streaming Act, performances were updated to a felony, putting them on par with the penalties available against operators of traditional download and torrent sites.

With all the hurdles involved, it’s not likely that the major Hollywood studios will crack down on users of pirate streaming sites. But that’s not really a surprise, as these companies are not involved in lawsuits against individual downloaders either.

The lawsuits against BitTorrent users that are currently being filed are all coming from adult content producers or smaller independent film companies, in the US at least.

Finally, we would like to stress that this article is obviously not meant to encourage or justify the use of pirate streaming sites. However, it is worth highlighting that not all forms of piracy are treated equally under current copyright laws.

In the past, The Pirate Bay was often actively involved in political discussions and debates. We haven’t seen much of…

“Friends” Leaving Netflix Caused a Piracy Spike in The Netherlands

For online media consumers, things have improved significantly over the years. More content is made available globally than ever before….

Pirated copies of movies leak all year round, usually after they come out on streaming services or through digital release….