Companies that file hundreds even thousands of copyright infringement lawsuits with the intention of seeking settlements to avoid trial, are often labeled ‘copyright trolls’.

In the United States, the undisputed leader in this space is adult video company Strike 3 Holdings, the owner of brands including Blacked, Tushy, and Vixen. In 2021 alone the company filed over 1,900 such lawsuits in U.S. courts but as far as we’re aware, not a single case has ever gone to trial.

That doesn’t mean that Strike 3 isn’t prepared to fight cases tooth and nail though.

While most actions are quickly settled behind the scenes, some can face a spirited fightback from defendants. One such case has been running for more than two years already and has just taken a surprising turn, even by ‘copyright troll’ standards.

The original lawsuit was filed in a Florida court against an anonymous defendant in March 2020 and was followed by a first amended complaint in August of the same year. According to Strike 3, the defendant used their Frontier Communications account to download and share 36 of its titles “over an extended period of time” using BitTorrent.

Also presented as evidence (reportedly collected by Strike 3’s ‘VXN Scan’ monitoring tool) are listings of BitTorrent activity from the same IP address allegedly sharing other rightsholders’ content. The titles are redacted from public records but the obvious suggestion is that infringement goes beyond the plaintiff’s titles.

In November 2020, the defendant answered the amended complaint, largely with denials or lack of knowledge, along with a counterclaim. It stated that since Strike 3 had failed to prove any infringement, the court should issue a declaration of noninfringement along with an award for damages, in the defendant’s favor.

Mediation in the case went nowhere, so once again Strike 3 went on the offensive with efforts to obtain information from third-party online services. That is not unusual in itself but Strike 3 appears to be pushing the boundaries way too far for the defendant.

In addition to seeking information from ISP Frontier Communications (which is standard in such cases), Strike 3 also wants access to huge amounts of the defendant’s user account data stored at Google.

Included in the request are all documents identifying the basic registration data for the Google account, all data that Google holds on the subscriber’s alternative email addresses, all IP addresses used to access the Google account since July 2019, all connection logs for the same period, plus records relating to purchases made on ALL Google services and products. 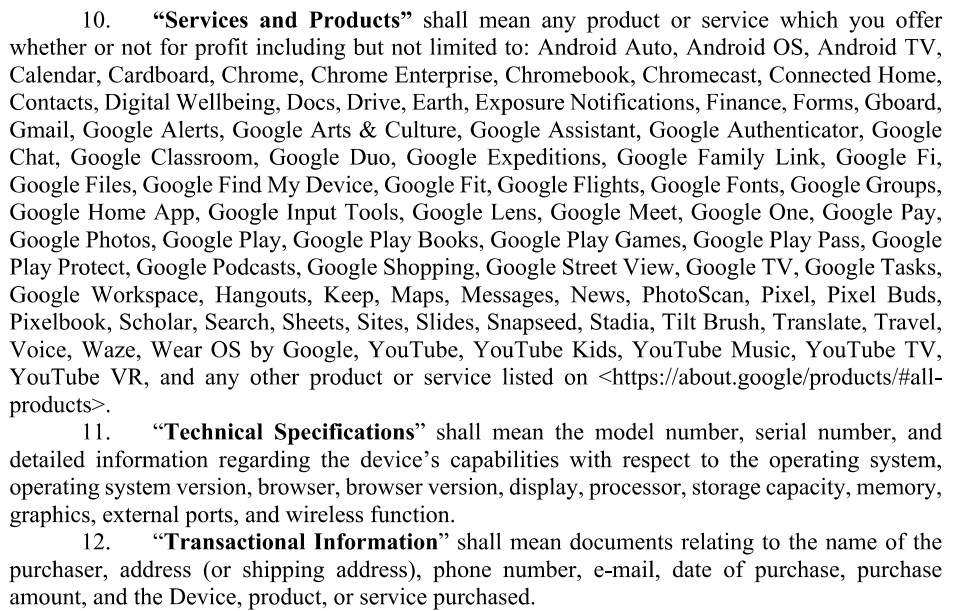 Strike 3 also wants the technical specifications of every device used by the defendant to access all Google services and products, documents identifying every single file uploaded to Google Drive, all videos uploaded to YouTube and – this is a scorcher – all records held by Google relating to internet searches made by the defendant for terms including ‘torrent’, ‘utorrent’ and ‘vpn’ dating back to July 2019.

This initial trove of personal information isn’t enough for Strike 3. It also wants access to the defendant’s Netflix account to obtain evidence relating to its adult movie lawsuit, despite Netflix carrying no pornography.

So What Information Does Strike 3 Want From Netflix?

The basic personal information Netflix holds on subscribers is detailed in a dedicated support page but like many similar platforms, Netflix also builds user profiles to feed its algorithms. This data includes user interactions (viewing history and ratings) plus specific preferences and tastes.

To somehow support its allegations that the defendant is responsible for seeding 36 adult movies using BitTorrent, Strike 3 wants all basic registration data from Netflix (full name, email address, phone number) plus additional information, including a list of devices used to access the service.

The adult movie company also demands “Clickstream Information”, i.e details of all actions taken by the defendant when logged in to Netflix. This includes profile and device names used, details of every Netflix page visited, the URL of the websites the defendant visited before accessing Netflix, plus dates and times when that happened.

In common with the subpoena Strike 3 wants to send to Google, a large proportion of the requested information from Netflix is redacted from the subpoena. However, we can still see that Strike 3 wants to dig deep into the defendant’s devices with requests to receive unique device identifiers, device manufacturers, manufacturers of specific components such as processors, and a whole lot more. 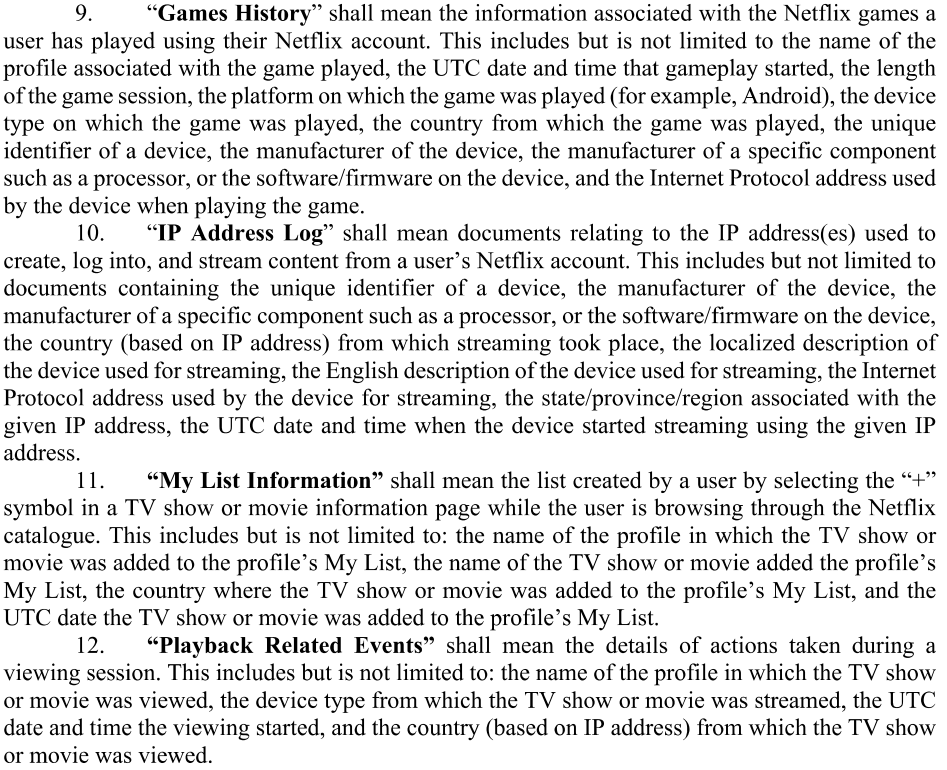 Unsurprisingly, the John Doe defendant is pushing back on this massive discovery effort.

In a motion filed with the court, attorneys for the defendant say there is no need or good cause for the documents being subpoenaed, not least since they represent an invasion of privacy are not proportional to the needs of the case.

The first opposition against the Google subpoena lists many issues, noting that documents stored at Google would reveal private and personal information, including privileged communications with counsel. The request for YouTube data is “irrelevant” since there is no evidence of the defendant hosting infringing videos on the platform.

On the issue of search query data, the motion notes that such searches should be considered private as they can also contain “highly-personal and sensitive issues, such as confidential medical information, racial or ethnic origins, political or religious beliefs or sexuality..”

In respect of Netflix, the motion says the request to access “highly invasive personal information unrelated to the simple question of whether Strike 3’s movie data was downloaded on John Doe’s computer” is unacceptable, while access to gaming records is “irrelevant” as Strike 3 does not distribute games.

In summary, John Doe’s attorney believes that no reasonable attorney could have a good faith belief that these broad subpoenas meet the proportionality requirements of the court. Strike 3 should be sanctioned and the court should quash the subpoenas, the motion adds.

The first amended complaint and answer here and here, subpoenas to Google and Netflix, and motion to quash (all pdf)

In 2018, broadcaster DISH Network sued the people behind pirate IPTV service SetTV. The defendants were eventually ordered to pay…

Earier this month the RIAA secured a major victory in its piracy lawsuit against YouTube-rippers FLVTO.biz and 2conv.com and their…

MG Premium, part of the Mindgeek adult empire, had been homing in piracy platforms YesPornPlease.com and VShare.io for some time….