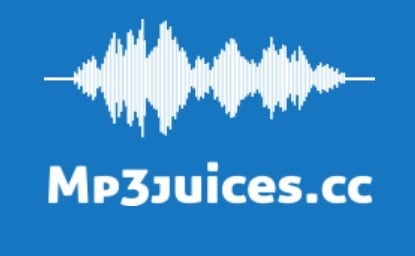 Every day millions of people use YouTube rippers, tools that are often used to download music for free.

The music industry is not happy with these services. Stream-ripping is viewed as the largest piracy problem, one that’s more serious than those posed by torrent sites and direct download portals.

In response to this threat, the RIAA and its members have taken legal steps to shut down sites or have them blocked by Internet providers. On top of that, rightsholders have also sent hundreds of thousands of takedown requests to Google, asking the company to purge stream-rippers from its search results.

These DMCA notices can be pretty effective but since many of the targeted sites take countermeasures, it remains a game of cat and mouse.

This month, we learned that the proverbial mice are also getting into a takedown battle of their own. Apparently, the operator of two of the best-known stream-ripping sites, MP3Juices.cc and YTMP3.cc, is seeking help from Google as well.

As with most popular brands on the Internet, the ‘MP3Juices’ and ‘YTMP3’ keywords are used by third parties to attract search traffic. The official site is heavily downranked because it’s repeatedly targeted by rightsholders, so these ‘copycats’ often end up higher in search results than the original.

This is a problem for the operator, who wants to put a stop to it. And what better tool to achieve this than sending a DMCA takedown notice?

The notice in question came in a few days ago and was sent by someone using the name Ryan Milne. The first request covers both ‘MP3 Juice’ and ‘YTMP3’ brands and 22 URLs that use these terms without permission.

“All the reported websites copied our brand name ‘MP3 Juice’ without any authorization. We request immediate removal of all the infringing URLs from Google index and help us to protect our copyrights. Thanks,” it reads.

Interestingly, most of the reported sites don’t use any copied logos or other content that we could see, so any copyright infringement isn’t immediately obvious to us.

All sites do use the ‘MP3 Juice’ and ‘YTMP3’ keywords, but that would fall into the trademark infringement category. However, a search for the respective trademarks in the register didn’t return any results.

TorrentFreak reached out to the operator of the sites to learn more about the takedown request and the motivations behind it. Thus far, we have yet to hear back.

Google also seems to be puzzled by the notice. After a week, most of the URLs were still in the pending queue and the search engine eventually decided not to remove them. However, there is a similar “YTMP3” takedown request sent the someone named Hunter Kipling, which did result in the removal of nearly two dozen ‘competing’ URLs.

Long before the advent of legitimate online video streaming services, torrent sites and similar platforms allowed users to download and…

Once upon a time the vast majority of piracy and counterfeiting involved physical goods. Not even movies changed hands without…

As illegal IPTV subscriptions maintain their popularity among those looking for a cheap live TV fix, rightsholders from all over…