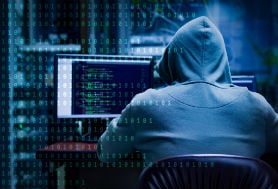 In July 2021, Norway’s DN.no news service reported (paywall) on the plight of Fabel, a local platform dedicated to the distribution of audiobooks.

The report indicated that large parts of the Fabel catalog were being distributed for free on an unnamed pirate site. The publication managed to track down Russian man Nikita Volgin, who claimed to have connections to the platform.

“As a user, I think Fabel has a quite expensive subscription, and at the same delivers a low-quality service full of flaws,” Volgin said in his interview last year.

“I’m a little unsure but there is maybe not a free option to listen to Norwegian audiobooks online. Therefore I think the [pirate] website is a successful and useful project.”

Volgin, a then 37-year-old, was reported as owning a honey production company in Kviteseid, a municipality in Telemark, Norway. However, the company also owned dozens of domains related to audiobook piracy.

At the time, Volgin insisted that he was not directly behind the audiobook piracy site. Instead, he claimed to be an expert in SEO, skills which he used to make the platform more visible. He also revealed that Norway had actually deported him in 2020 after selling honey without a work permit. This meant he had to leave his family behind in the country, something that he was clearly bitter about.

“We Will Destroy The Audiobook Industry”

“So now Norway gets what Norway deserves,” Volgin said, referring to his deportation. “With my colleagues I will destroy the entire industry involved in recording and selling audiobooks.”

But aggravating publishers and selling honey illegally weren’t Volgin’s only brushes with the law.

In 2011 he was convicted in Russia for hacking the website of football club FC Zenit or, more accurately according to this Sophos report, hijacking its DNS. He admitted wrongdoing but said he had been politically motivated.

A decade later his name was again being mentioned in court, this time in Norway. Fabel and Forlagshuset Vigmostad & Bjørke, the fourth largest publisher in Norway, reported the Volgin-connected pirate audiobook site to the police after its corporate branding was displayed on the platform.

A ruling from the Telemark District Court last July ordered Volgin to remove all audiobooks from the pirate site. He was also ordered to hand over his computers and electronic equipment. Police went on to make seizures at an address in Telemark.

Since then it appears the police have had no luck in shutting the platform down, a situation that audiobook publisher Lydbokforlaget finds distressing.

“The case is uncomfortable. We have used large resources to stop this in the last year,” publishing manager Ann-Kristin Vasselen informs VG.no.

While they have had temporary success in shutting down what they believe to be the same website, it reappears under new domains, with two more currently in operation.

“We see that there is an intensity in this since the websites constantly appear with small changes in domain names,” police investigation leader Bård Teigen told VG. “We take the case seriously, such cases are challenging for our social systems.”

“Just a Joke” – Not So, Police Insist

In a recent email interview with VG, a now 38-year-old Volgin says that his declaration of war against the audiobook industry was just a joke and that some free audiobooks should be available in the Norweigan market.

“I actually think it is unfair that the industry in a prosperous country like Norway can not offer the public a small selection of free audiobooks. This can be called a charity project,” he says.

In respect of the district court ruling requiring him to remove the audiobooks from the website, Volgin says that the court made a mistake in claiming him to be the owner.

“It does not belong to me personally, so I can not be fully responsible for it. We have a team working on the project,” he says.

According to the police, the operation to deal with the site, which goes under several domains, is international. A server was shut down in Hong Kong and another in the United States. Volgin says that he currently lives in Ukraine.

“We have contacted those who own the domain names to have the two new pages shut down, but this is time-consuming and complicated. There is also a lot of new stuff for us to get acquainted with,” says police investigator Bård Teigen.

A lawyer acting for the publishers says that he appreciates that Volgin’s deportation from Norway has made the case more complex but they insist that since the website is targeting Norway, police should do something to stop it.

Police say they are pursuing the case with several charges in mind – identity theft, illegal use of company information on the illegal site, plus violations of the Copyright Act carrying a penalty of up to three years in prison.

The closing weeks of 2021 have been packed with new pirate site-blocking orders around the globe. From Australia through the…

Last month, the US Copyright Claims Board went live. Through this Copyright Office-hosted venue, copyright holders can try to recoup…

YouTube’s copyright takedown policy poses one of the biggest threats to the platform’s content creators. YouTubers who receive three copyright…