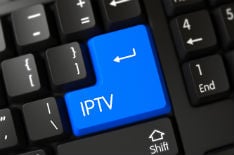 According to the plaintiffs, Johnson (and Does 1-20) are the brains behind pirate IPTV providers AllAccessTV (AATV) and Quality Restreams.

In common with several similar suits, the complaint claims that the services supply infringing movies and TV shows via their IPTV and VOD platforms, with AATV attempting to disguise its service behind the branding of a supposed VPN company, VPN Safe Vault LLC, which Johnson is said to manage.

In response, Johnson’s legal team seems keen to put up a fight.

Defendant: No Injunction is Necessary

In a late January filing, Johnson’s legal team cites the plaintiffs’ claim that Johnson’s alleged customers access infringing content via web-based applications but say that there is no evidence to prove this is the case.

“Plaintiffs’ only evidence of this alleged access are screenshots that do not show any URLs whatsoever, i.e., no actual evidence that the websites accused contain the alleged content,” they write in their opposition to the motion for injunction, noting that since key domains listed in the complaint are already down, an injunction is not necessary.

Moving on to the content allegedly infringed, the original complaint states that Johnson’s platforms make available 600 movie titles and 600 TV series. However, the defense says that since no evidence has been provided, “these are simply bald assertions” by the plaintiffs including the Motion Picture Association.

In order to prove contributory and inducement of infringement, there must be an underlying direct infringement to base these claims upon. According to Johnson’s lawyers, the studios’ lawsuit is a “moving target” in this respect, shifting between allegations against viewers of streams, claims that the “unknown source of a restream” of IPTV is the direct infringer, or a combination of both.

The studios’ complaint demanded preliminary and permanent injunctions against not only Johnson but also the doe defendants, resellers, and anyone acting in concert with them including “any officers, agents, servants, employees, attorneys..” According to Johnson’s lawyer, since there is no proof that his client does business as AllAccessTV or Quality Restreams, there are no officers, agents, servants or employees to target.

The fact that the studios also asked for an injunction against Johnson’s attorneys hasn’t gone down well either.

“[A]n injunction against Dwayne Johnson’s ‘attorneys’ is completely unsupported and borders on the absurd. Undersigned counsel, for example, has not been and cannot be accused of infringing any of Plaintiffs’ copyrights. There is no legitimate argument or assertion in this regard and Plaintiffs’ requested injunction as to Dwayne Johnson’s ‘attorneys’ must not be granted,” the response adds.

While VPN Safe Vault was mentioned in the complaint, the entity was not named as a defendant in the case. According to the response, this is because the plaintiffs have no evidence to show copyright infringement. Any injunction that targets that business, including its domains, would be “an unlawful restraint on trade”, the response states, since it sells “VPN access that is not even arguably copyright infringement.”

Jan van Voorn is the Executive Vice President and Chief of Global Content Protection for the Motion Picture Association and in common with other MPA and Alliance for Creativity and Entertainment lawsuits, his testimony supports the allegations against Johnson. However, the defense considers this improper, describing his statements as “inaccurate” and supported by “biased opinions”.

“The declarant, Van Voorn, however, cannot be an expert as he is not an independent third-party. He is an investigator with the Motion Picture Association who is not a party to this case but who is admittedly interested in this litigation,” the response notes, adding that speculation by the plaintiffs and Van Voorn that Johnson is the owner of several IPTV-related domains isn’t supported by evidence.

The response also criticizes a declaration submitted by Steve Kang, Vice President of Creative Content Protection at NBCUniversal Media, for either making claims that are “outside his realm of knowledge” or failing to provide sources for those claims.

Needless to say, the plaintiffs frame things quite differently.

Plaintiffs Say They Are Prepared to Settle

According to the studios, Johnson has twice asked for a hearing date to be pushed back but in the meantime they remain willing to “engage in meaningful discussions” to explore options for resolving the matter entirely. However, they say there is a threat that Johnson will continue to infringe their rights if not restrained.

The studios reveal that Johnson’s counsel approached them with a proposal for a stipulated preliminary injunction and negotiations took place in good faith. However, one of the conditions of the proposal was that only Johnson’s personal conduct would be enjoined from operating or doing business as AllAccessTV and Quality Restreams.

The studios felt that would be insufficient to prevent further infringement and they say that concern was well-founded.

“Days after Plaintiffs filed their Complaint, the public registry information for one domain that is subject to this lawsuit, allaccessiptv.com, was changed so that it no longer lists Defendant as the registrant, but instead makes all registrant information private,” the studios write.

“[P]laintiffs could suffer very real harm in the absence of injunctive relief that applies not just to Defendant, but to those individuals or entities, who, along with him, own or operate AllAccessTV and Quality Restreams or were or are acting in active concert or participation with Defendant and those business entities..”

The studios conclude by repeating their offer to resolve the case with Johnson but insist that a preliminary injunction is warranted to protect their rights.

The related court filings can be found here (1,2, pdf)

Two years ago Internet provider Cox Communications lost its legal battle against a group of major record labels. A Virginia…

In terms of drama, excitement, politics and at times pure theater, Sweden’s connection with iconic file-sharing battles is unrivaled, largely…

Since June 2020, we have been reporting on a class action lawsuit filed by Grammy award-winning musician Maria Schneider against…