Five years ago, the torrent community was hit hard when the popular torrent site ExtraTorrent suddenly shut its doors.

The site provided a safe harbor for millions of file-sharers and was also the birthing ground for several popular releasers and distribution groups. This included ETTV, which is short for ExtraTorrent TV.

With its home gone, ETTV decided to carry on independently by launching its own website. Over the past years, this had grown out to become a medium-sized torrent site with a dedicated and vetted group of regular uploaders.

Over the past few days, however, ETTV has disappeared. The official site and its backup domain now show a Cloudflare error message, which indicates that the site’s server is offline. The same is also true for the status page (archived), which is hosted on yet another domain. 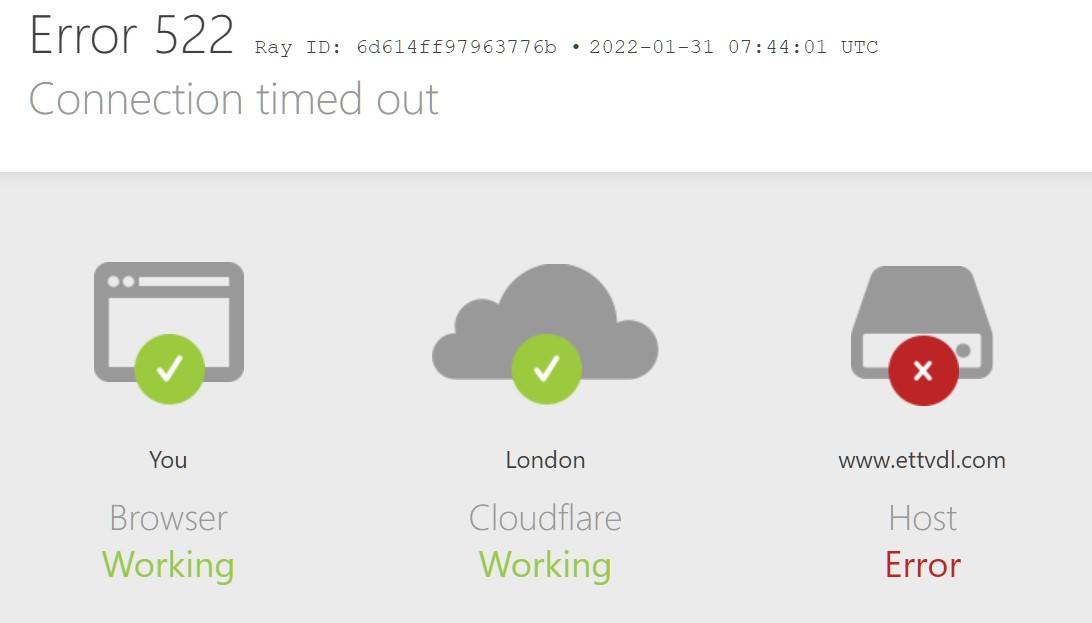 All of this is happening without an official word from the site’s ‘operator’. TorrentFreak reached out to a contact at the site before the weekend but we haven’t received a response. This means that it’s possible that the site is not coming back at all.

This isn’t the first sign of trouble at ETTV. The site has suffered downtime in the past and behind the scenes, there were plenty of problems as well. The internal issues started roughly two years ago when the main ETTV operator who controlled the domains, servers, and ads, suddenly went missing.

With the ETTV ship adrift, administrator ‘sidekickbob’ stepped in and took the helm. At the time, he told us that it wasn’t the plan to keep managing the site permanently due to a lack of time. Selling it to a third-party with a good track record seemed to be the preferred option.

As far as we know the site was never sold. Sidekickbob didn’t respond to our requests for comment on the current downtime so the future of the site remains uncertain.

In addition to the site, ETTV’s upload bots are also offline. These are scripts that pull videos from private sources to make them available to the public, also on external torrent sites such as 1337x.org. It’s an effective system but one that relies on central servers as well.

The ETTV bots started having issues last year. The last upload on 1337x was more than three months ago and things have gone quiet since then. Perhaps that was already an early sign of the trouble ahead.

In recent years the European Commission has proposed and adopted various legislative changes to help combat online piracy. This includes…

Since launching a decade ago in 2011, Sci-Hub has occupied a unique space in the pirate site ecosystem. While its…

The European Commission is no stranger when it comes to addressing the online piracy problem. Europe’s governing body facilitates piracy…

Over the past year in particular, anti-piracy group Rights Alliance has been applying maximum pressure to various players in the…

Offering pirate streaming services is a serious offense in the UK, where several vendors have received multi-year prison sentences in…