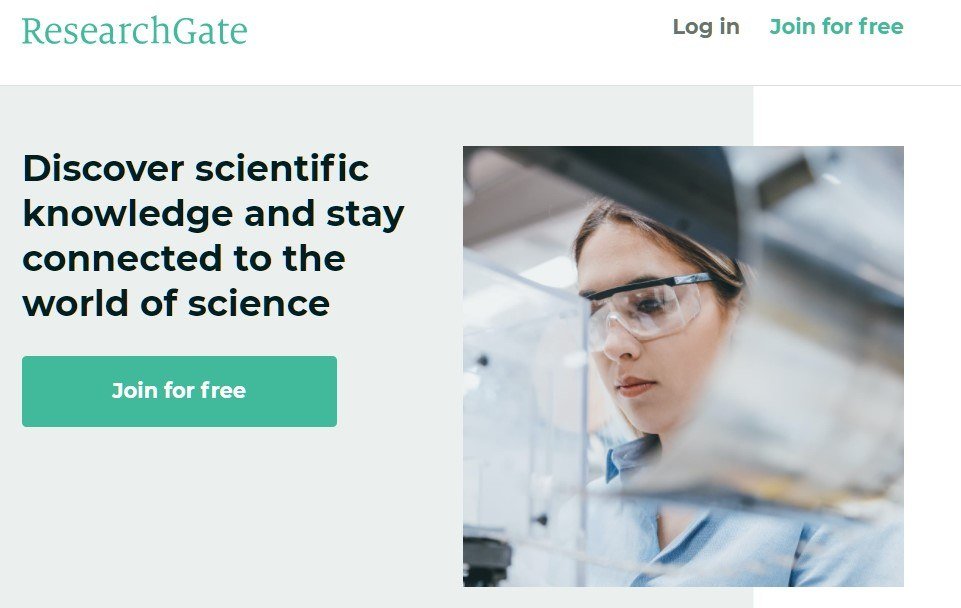 One of the core pillars of academic research is sharing. By letting other researchers know what you do, ideas are criticized, improved upon, and extended.

Unfortunately, it’s not always easy for academics to share their work. Most of the top publications are monetized by major publishers, which means that they are locked behind a paywall.

To make their work easier to access, many researchers place copies of their work on their personal profiles, often hosted by their university. There are also more organized ways to share research, by using ResearchGate for example.

Based in Germany, ResearchGate promotes itself as a professional network for scientists and researchers. The site claims 20 million members, who use the platform to “share, discover, and discuss research.”

In addition to simply connecting to other academics, the site also allows members to share ‘their’ publications. While many see this as a great feature, some academic publishers are not pleased with this activity.

Researchers often share articles they have written themselves but they don’t necessarily own the rights. This is because most of the top publications ask the authors to sign away all of their copyrights if they want their papers to be published.

This is also true for Elsevier and the American Chemical Society (ACS), which overloaded ResearchGate with takedown requests recently. The site is certainly not a newcomer when it comes to copyright infringement complaints but the scope of the most recent takedown wave is something different.

“[T]he demands by Elsevier and ACS resulted in the removal of around 200,000 public files. In the context of a community of over 20 million researchers this is unfortunate, rather than existential, but it has sparked an acute reaction from many of our members who believe in the importance of open science,” ResearchGate writes.

The platform’s ultimate mission is to make research “open to all.” Therefore, ResearchGate is disappointed to see all of this knowledge being removed from the site. However, it saw no other option than to comply.

The publishers will have the law on their site in most cases. However, ResearchGate doesn’t believe that the takedowns are in the best interest of science. It would have preferred to cooperate instead.

“The decision by Elsevier and ACS to simply remove content is disappointing to the entire research community, not just because of the loss to science and researchers, but because there is a better way.”

ResearchGate has already partnered with other publishers such as Springer Nature and Wiley, who use the site’s network to reach a broader audience. These companies publish their content on the platform as part of a syndication agreement.

Many academics and researchers are disappointed that their work has been removed over copyright claims and some are plain angry. However, ResearchGate’s hands are tied.

Interestingly, the platform also heard from researchers who had content removed that should have remained online. Because the rights were already bought out, for example, or when files are in the public domain.

Some researchers even said that they never transferred their copyrights to the publishers, which would mean that they have no say over the matter. ResearchGate can’t independently verify these claims but the organization sees them as a serious concern.

The present legal environment forces ResearchGate to simply take content offline. And enforcement is only expected to get stricter, as the platform is implementing an upload filter system, to prevent researchers from sharing content they don’t own the rights to. This can include their own publications.

In closing, ResearchGate urges its users not to upload content without permission or in violation of licensing terms. At the same time, the platform hopes that publishers will recognize the potential of the site and seek collaboration where possible.

“To all publishers: the future of academic publishing is open. Let’s work together to unlock its true potential,” ResearchGate writes.

This isn’t the first time that ResearchGate has squared off with major publishers. The company was also sued by Elsevier and ACS three years ago and this case remains ongoing. It’s possible that the recent takedown spree is, at least indirectly, linked to that lawsuit.

OpenSubtitles is one of the largest and most popular subtitle repositories on the Internet. Millions of subtitle files are downloaded…

In the belief that pirate sites only stay online when they’re returning a profit, City of London Police decided that…

Running a pirate site is a dangerous endeavor. Those who get caught can face serious claims for damages or even…

The Pirate Bay Has a Documentary, Tamil Rockers Get an Action Thriller

Notable for their rise and public demise, piracy-related brands such as Napster, LimeWire, and Megaupload are still widely recognized today,…