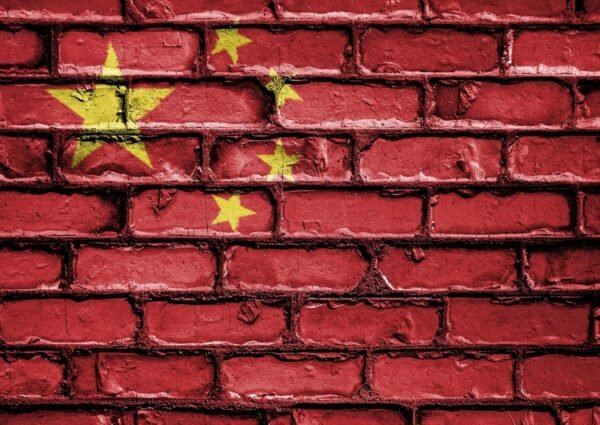 The American copyright industry generates billions of dollars in annual revenue and is generally seen as one of the primary export products.

Whether it’s movies, music, software or other goods, US companies are among the market leaders.

US companies also have a clear presence in China which, with more than a billion potential consumers, is a massive market. This offers enormous potential, but there are threats as well, including various forms of piracy.

A few days ago several of these threats were highlighted by the International Intellectual Property Alliance (IIPA), which counts copyright groups including the MPA, RIAA, and ESA among its members. The IIPA shared its concerns with the US Trade Representative as part of the annual review of China’s World Trade Organization (WTO) obligations.

The IIPA notes that China has made some progress recently, such as copyright law amendments introducing broadcasting and public performance rights for producers of sound recordings. In addition, the maximum punitive damages for copyright infringers in China was increased ten-fold.

However, the US copyright groups see a lot more room for improvement. Online piracy, for example, remains a major concern. They hope that the Chinese government will step up its efforts on this front too.

“The Chinese government should be encouraged to expand enforcement resources and capability, commensurate with the scale of the evolving online piracy problem,” IIPA writes.

The US copyright holders note that civil lawsuits are insufficient to address major piracy problems. Therefore, they call for enhanced and effective criminal enforcement actions against pirate sites and services.

The online piracy problems in China are broad according to IIPA. They range from traditional torrent and hosting services, through a hybrid of both, to more advanced streaming operations.

The piracy problem isn’t just limited to dedicated pirate sites. Legitimate platforms present problems too. The IIPA specifically highlights Baidu, which is China’s equivalent of Google, which offers a search engine but also various other services, including cloud hosting.

The rightsholders would like to cooperate with Baidu but, instead, they were forced to take legal action. Despite numerous complaints, the situation apparently hasn’t improved much recently.

“Unfortunately, Baidu’s services continue to be used for piracy, and their notice and takedown system has been ineffective,” IIPA notes.

To spur Baidu into action, the IIPA would like the Chinese government to get involved. In addition to implementing rigorous filtering technology, the tech giant should also take action against repeat infringers.

“China’s government should encourage Baidu to do more, including improving implementation of its takedown tools, applying rigorous filtering technology to identify infringing content, and taking more effective action to suspend or terminate repeat infringers to ensure infringing content and links are removed expeditiously.”

Piracy apps are a growing concern as well. This includes tools that aggregate copyright-infringing content stored on third-party servers. Going after these apps can currently be quite complicated under Chinese law.

Rightsholders also see China as a major hub for the manufacturing and distribution of piracy-enabling devices. IIPA specifically mentions Ubox which offers access to pirated video-on-demand and has more than 500 agents and distributors worldwide.

“China is a leading manufacturer of media hardware and accessories that can be modified to support the installation of third-party infringing apps, often, pre-loaded onto the device, allowing users to access pirated content. A prominent example is the ‘Ubox,’ which is manufactured and distributed by Unblock Tech.”

The above is just a selection of the piracy landscape, which also covers other industries such as academic publishers and the gaming industry.

For example, game companies often have their work ‘cloned’ or ‘plagiarized’. This is a rampant problem in China, IIPA warns, encouraging the country to use its enforcement framework to effectively address the issue.

The same applies to manufacturers and distributors of circumvention devices such as mod-chips. These allow pirates to play copies of games on their consoles. According to the IIPA, criminal action is needed on this front as well.

“More targeted and transparent enforcement actions, and deterrent-level criminal sanctions and penalties against the manufacturers, suppliers, and exporters of circumvention devices and software components are necessary to meaningfully stem the downloading of infringing video games,” IIPA writes.

All in all the US copyright holders have quite a long list of wishes and demands. These are not sent to China directly, but IIPA hopes that, through the US Trade Representative, they will get a spot on the political agenda.

A copy of IIPA’s submission to the US Trade Representative, which also covers a wide range of other IP-issues, is available here (pdf)

Section 1201 of the DMCA prohibits the circumvention of copyright controls without permission. This legal restriction prevents the general public…

For several years, U.S. lawmakers have considered options to update the DMCA so it can more effectively deal with today’s…