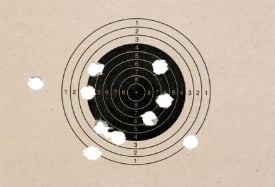 Companies that own copyrighted works have the option to monetize them in any way they see fit. For movies this can include releasing them in theaters, licensing to streaming services, or releasing on physical formats such as blu-ray.

None of these avenues are inherently controversial but for some companies another option is attractive; track down people who allegedly downloaded and shared movies online and warn them that they could soon be facing a lawsuit.

In some cases, people will opt to pay a settlement fee, which over hundreds or even many thousands of threats, can amount to a significant new revenue stream for the movie company.

This type of scheme (often labeled ‘copyright trolling’ due to the generation of revenue through strategic litigation) exists in many countries around the world. In the UK, for example, many copyright holders have tested the waters in the past, sometimes with significant controversy. However, those earlier mishaps aren’t deterring US company Voltage Holdings, which recently obtained permission from the High Court to contact alleged pirates in the UK.

As we reported back in July, various movie companies known for demanding cash settlements have been massing under a legal partnership called FACT Administration LLP, which has direct connections to the Federation Against Copyright Theft.

Several of the movie companies are Voltage affiliates and in our second report on the topic, we wondered whether members of this coalition intended to go after alleged pirates in the UK. That now appears to be the case.

Back in July, Voltage Holdings obtained a High Court order against ISP Virgin Media which requires the ISP to hand over the personal information of subscribers alleged to have downloaded and shared Voltage’s movies without permission.

The handover of customer data took place and Virgin customers are now receiving correspondence relating to their allegedly infringing behavior.

TorrentFreak has obtained documents that show commercial law firm Lewis Silkin LLP writing to Virgin customers claiming that they have been identified as people who pirated ‘Ava’, a movie that achieved a score of just 16% on Rotten Tomatoes’ ‘tomatometer’.

The Voltage Letter to Virgin Customers

The letter sent to Virgin customers states that Voltage engaged a “forensic computer analyst” who specializes in tracking piracy on peer-to-peer networks, in this case BitTorrent. After receiving the user’s IP address from the analyst, Voltage obtained an order compelling Virgin to hand over the subscriber’s personal details relating to a specific IP at a specific time.

“This letter assumes that you, as the account holder for the infringing IP Address, were the user of the relevant device on the dates and times at which Ava was shared without the consent of VOLTAGE. The purpose of this letter is therefore to give you an opportunity to admit or deny that your broadband account was used via BitTorrent in relation to Ava on the occasion specified above,” the letter reads.

Voltage’s letter states that the alleged infringement represents breaches of the Copyright Designs and Patents Act (CDPA) in respect of the copying of the work (downloading) and distributing of the work (uploading).

“Since the file-sharing is unlawful, VOLTAGE is entitled to bring court proceedings against you if it can show on the balance of probabilities that you are the person who engaged in the file-sharing or if you authorized or allowed someone else to do so using your broadband connection,” the letter continues.

“This claim would be brought in a specialist civil court called the Intellectual Property Enterprise court, where liability is determined on the balance of probabilities. The onus would be on VOLATGE to prove these allegations of infringement.”

In the event of a successful claim, Voltage says it would be entitled to recover compensation to reflect any losses suffered. The defendant would also incur legal costs if they choose to instruct lawyers.

Was it The Subscriber Or Someone Else?

While in the first instance Voltage is assuming that the bill payer is the infringer, the movie company also leaves the door open for an explanation to the contrary. Voltage says that if the letter recipient can convince the company that they were not using the IP address on the specified time and date to download/share the movie Ava (and/or did not authorize someone else to do so), then no further action will be taken.

However, if the recipient does want to admit to the claims that they (or someone authorized by them) downloaded/shared the movie, Voltage is prepared to enter into a settlement that would involve a promise not to infringe its rights moving forward and the payment of compensation. The precise amount is not detailed but it is likely to be many hundreds of pounds and possibly more.

Letter recipients are being given 14 days to respond to Lewis Silkin with their proposals but are also advised to seek legal advice from a solicitor or Citizen’s Advice.

Speaking with TorrentFreak, a Virgin Media spokesperson confirmed that the company had indeed handed over subscriber information to Voltage Holdings.

“We take the privacy and security of our customers’ data very seriously. Virgin Media will only ever disclose customer information to third parties if required by law to do so through a valid Court order,” the company explained.

“In this case a Court order was successfully granted to Voltage Pictures which means a very small number of Virgin Media customers may now receive correspondence from this organization. Any customer who receives a letter should note that the Court has not yet made any findings of copyright infringement against them. This would be a matter to be determined by the Court in any subsequent claim.”

TorrentFreak asked Virgin Media precisely how many customers are affected since the usual modus operandi of companies seeking cash settlements rarely involves “a very small number” of subscribers. Virgin did not provide this information but we are aware that Virgin is not the only ISP required to hand over information.

While yet to be officially confirmed by those companies, we believe that other major ISPs in the UK are also required to hand subscriber data to Voltage and may have already done so. We have contacted the press offices of the more likely candidates and will report back here when the companies respond.

TorrentFreak also contacted Michael Coyle of Lawdit Solicitors who has acted for hundreds of individuals in similar cases since they first appeared in the UK back in 2006.

“I’m very surprised that these speculative campaigns have resurfaced, especially when you factor in the history. I thought everyone had learned their lesson but apparently not.”

Pirate IPTV ‘Nitro TV’ Fails to Pay Own Lawyer, ACE & MPA Move In For The Kill

Running a pirate IPTV service can be extremely profitable. One only has to look at the extraordinary wealth accumulated by…