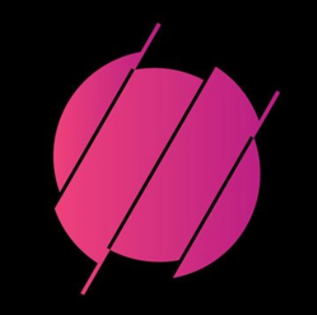 As part of Triller’s legal campaign targeting people and entities that allegedly pirated the Jake Paul vs. Ben Askren fight earlier this year, the company sued the popular H3 Podcast.

Triller said that the operators of the H3 Podcast “unlawfully uploaded, distributed, and publicly displayed” the fight in breach of its rights, causing damages in excess of $50,000,000 after the “unauthorized broadcast” was viewed a reported 1,000,000 times.

Later that same month, Triller filed its first amended complaint naming Ted Entertainment Inc. (TEI) and the operators of the H3 Podcast, Ethan and Hila Klein, as defendants. H3 Podcast was removed but the claim for $50m in damages remained. In July, Triller filed its second amended complaint which added Teddy Fresh Inc. and 10 ‘Doe’ defendants. It also cut the allegations of wrongdoing by half, leaving the defendants to answer claims of copyright infringement, vicarious copyright infringement and violations of the FCA.

Triller’s Complaint is “Retaliation” to Criticism

In a scathing motion to dismiss filed with the court yesterday, the defendants pull no punches in their response to Triller. Describing Triller’s complaint as “fatally defective”, they explain that despite being given numerous opportunities, the company consistently files complaints that are “a mangled and mangy mess that are devoid of any merit.”

According to the motion, Triller’s complaint centers around TEI’s use of an excerpt of the ‘broadcast’ for the purposes of commentary and criticism in a video entitled ‘Jake Paul Fight Was a Disaster’. TEI employees reportedly uploaded the excerpt (the ‘reference video’) onto YouTube as an unlisted video and the defendants say that Triller’s lawsuit amounts to retaliation for their broad criticism.

“Anyone who watches the 4/22/21 Podcast can instantly recognize the true purpose of Triller’s [second amended complaint]: retaliation against the 4/22/21 Podcast because it excoriated the Broadcast and its main event – the boxing match between Jake Paul and Ben Askren (the ‘Fight’). In other words, Triller’s SAC is a brazen and unabashed attempt to intimidate, punish and silence lawful and protected criticism,” the motion reads.

Triller says that the defendants watched a pirated or bootleg version of the broadcast, uploaded it to YouTube, and showed an excerpt and its URL in the 4/22/21 podcast. However, the defendants say that the screenshot provided by Triller failed to show the URL and Triller could not provide it. It was possible to see the URL in the video with some work but ultimately the video received just 65 views.

Triller says the defendants profited from their conduct because the H3 Podcast is part of the YouTube partner program, contains sponsorships, and sells merchandise. However, the channel the ‘reference video’ was uploaded to has none of these qualities, the defendants say.

From here, things start to get more interesting. While Triller’s complaints have all centered on the fight itself, that famously lasted for under two minutes. The entire broadcast, to which Triller owns the copyright, lasted much longer – four hours in fact – meaning that any use of the Jake Paul fight by the defendants in their two-hour podcast was necessarily small.

Late June, Ethan and Hila wrote to Triller demonstrating how each claim in the first amended complaint failed. Triller then submitted its second amended complaint (SAC), dropping three claims. In July the parties had a telephone conference but Triller remained “unpersuaded” that its SAC contained “fatal defects”.

Triller responded by filing a new action against the defendants in the Los Angeles Superior Court claiming that comments made in H3 Podcasts about the fight lawsuit amounted to tortious interference.

The defendants believe that Triller’s first copyright infringement claim is based on an Ethan Klein statement that he watched a pirated version of the broadcast. According to them, that’s not infringement.

Triller’s vicarious copyright infringement claim appears to rely on the allegation that third parties watched the ‘reference’ video and the podcast but in common with the first infringement claim, that also fails under the doctrine of fair use, the motion adds.

According to the motion, Triller is seeking to separate the ‘reference’ video and Klein’s viewing of the broadcast from the use of the broadcast in the podcast. This, the defendants say, is something explicitly rejected under the doctrine of “intermediate use”, meaning that copying as a preliminary step in the creation of a fair use work also qualifies as fair use.

“As such, Triller’s attempt to view Defendants’ alleged acts of infringement in isolation from the 4/22/21 Podcast is precluded as a matter of law.”

Weighing in on the first fair use factor, the defendants say that their use was highly transformative and contained significant commentary and criticism, including that relating to the overall quality of the show and the physical appearance of Ben Askren. The podcast also critiqued the referee, pondered whether the fight had been staged, and questioned the amount of revenue the event might make.

In respect of whether the use was commercial, the defendants argue that since the use was highly transformative, this factor is much less important. They also believe that any unauthorized access to the broadcast (“bad faith”) should not affect a finding in favor of fair use.

“[T]riller’s argument that access to an authorized copy is a precondition for Defendants to invoke the fair use is, itself, a bad faith argument,” the motion adds.

The second factor in a determination of fair use is the nature of the work being copied, such as whether it was for factual/informational or entertainment purposes. The defendants only used a section from the broadcast that showed the men fighting so on that basis they argue their use was primarily factual.

On the third factor of fair use, which questions whether “the amount and substantiality of the portion used in relation to the copyrighted work as a whole are reasonable in relation to the purpose of the copying”, the defendants believe the law is on their side.

In addressing the fourth factor (whether the copying affects the market value of the copyrighted work), the motion notes that the court must distinguish between “biting criticism that merely suppresses demand and copyright infringement which usurps it.”

They also point out that they catered to a different audience than Triller. While the latter’s wanted to sit back and enjoy the event, H3 Podcast’s viewers wanted to hear why the whole thing was a disaster.

To prove a vicarious copyright infringement claim, the defendants say that Triller must show that the defendants had a direct financial interest in the alleged infringing activity by showing a causal relationship. They counter by noting that the ‘reference’ video had no sponsorships and was not monetized on YouTube so Triller’s claim fails.

On the allegations relating to the violations of the Federal Communications Act, the defendants say that since Triller acknowledges that the videos were shown on YouTube after the original transmission (i.e they did not extend the point of distribution of the actual broadcast signal), that claim fails too.

“Triller’s abuse of the judicial process to punish and silence lawful speech can no longer be countenanced. Triller’s lawsuit is retribution for the 4/22/21 Podcast lambasting the Broadcast as a ‘disaster’,” the motion adds.

“[T]riller persists in filing “disastrous” and fatally defective complaints – and the SAC is no exception. Since Triller consistently refuses to cease its abuse of the judicial process and Defendants, it is up to this Court to make Triller stop.”

Over the past several years, a wave of copyright infringement lawsuits has targeted alleged cheaters and cheat makers. Several game…

In March 2020, with the world gripped by the coronavirus pandemic, the Internet Archive (IA) offered a new service to…