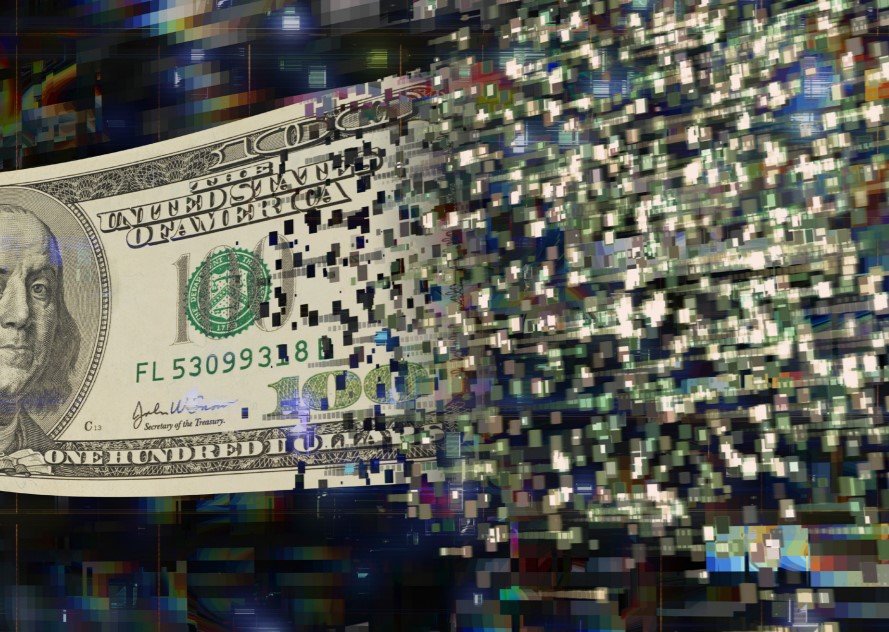 Most pirate sites and apps won’t survive without advertising revenue. This is why the advertising industry is seen as an important partner to combat piracy.

Major copyright holder groups hope to convince major players to stay clear from anything piracy-related to drain infringing sites of their income.

Several voluntary initiatives have been set up to facilitate this process. This includes the Trustworthy Accountability Group (TAG), an anti-piracy certification program steered by giants including Amazon, Facebook, Google, Facebook, Disney and Warner Bros.

Despite the involvement of these major players, the problem persists. A few days ago the Digital Citizens Alliance published the results of a study titled “Breaking (B)ads”, which takes a detailed look at the advertising ecosystem surrounding pirate sites and apps.

The overall conclusion is that there’s still plenty of advertising revenue going around in pirate circles. Based on data from 6,194 piracy websites and 884 piracy apps, the research estimates that pirate sites generated over $1.08 billion in ad revenue and apps added more than $259 million.

The bulk of the money is made by a small group of pirates. The five most popular sites have an average estimated advertising income of $18.3 million. For apps, this number comes in even higher, at $27.6 million.

The accuracy of these types of estimates can be debated, but it’s clear that pirate sites and apps can be very profitable. This income isn’t just coming from shady businesses either, major brands are involved as well.

Fortune 500 companies, defined as ‘major brands’ in the research, paid the operators of pirate operators $100 million over the past year. On pirate sites, major brands fund 4% of all ads and for apps this percentage goes up to 24%. 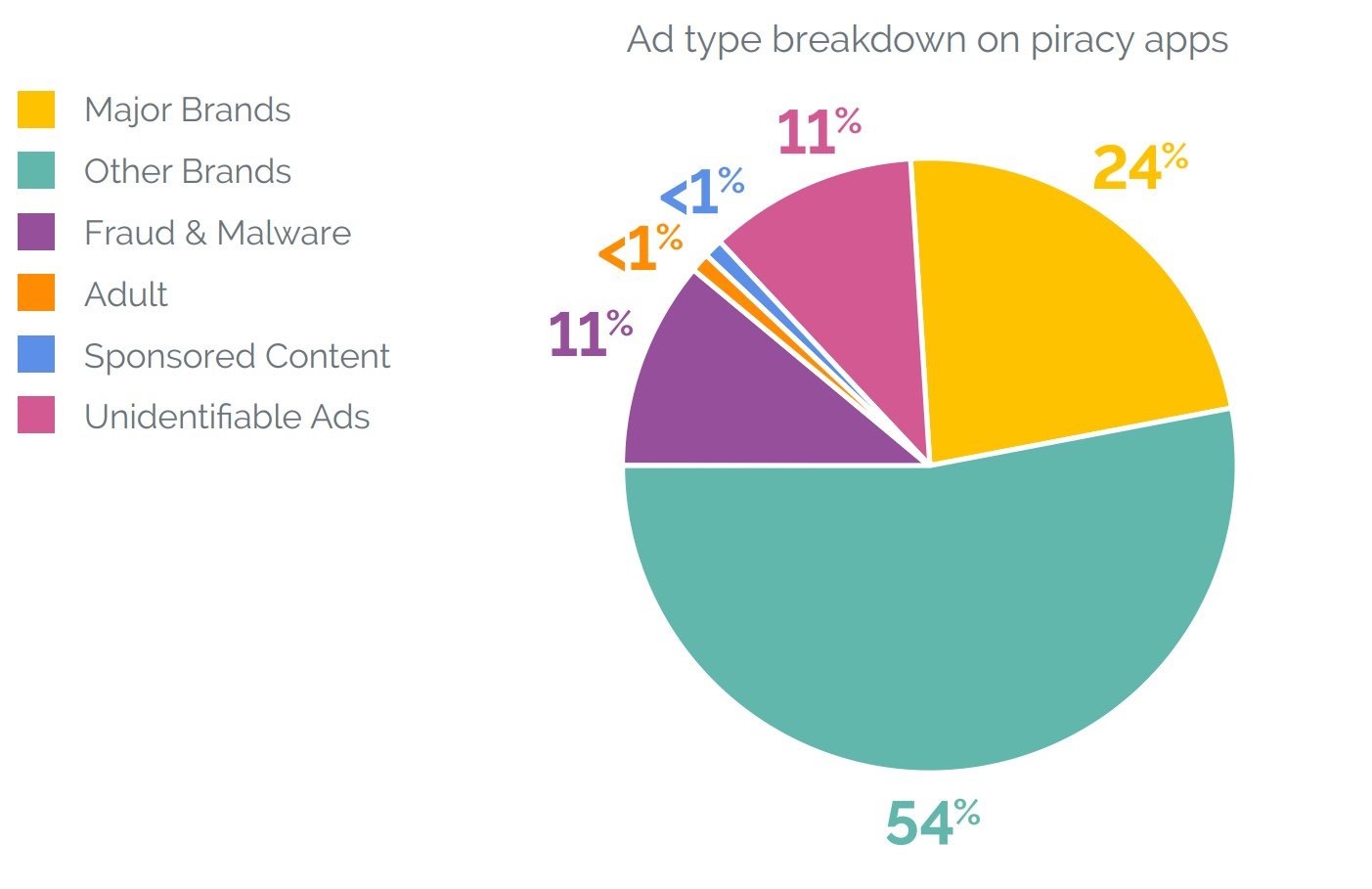 Thus far most initiatives have focused on stopping major brands from advertising on pirate sites. That seems to work, but the problem is still prevalent in the app ecosystem.

“One in four ads on piracy apps are from well-known companies. This shift to apps comes after a concerted eﬀort over the last eight years by these brands to stop their ads from showing up on illicit websites. The emergence of piracy apps threatens to undermine this progress”

Digital Citizens Alliance, which is partly funded by the entertainment industries, commonly uses this type of research to demand tougher anti-piracy action. In the current report, it calls out several companies directly.

The findings show that major tech companies such as Amazon, Facebook, and Google make up nearly three-quarters of all Fortune 500 company ads on pirate apps. As such, they are seen as major funders of the piracy ecosystem.

“That means these three companies are supporting these piracy operators with potentially tens of millions of dollars in advertising on piracy apps alone,” the report highlights.

Interestingly, these three companies are all part of and ‘certified’ by TAG, which strives to prevent just this. The report stresses that, through TAG, Amazon took swift action to reduce ads on pirate sites earlier this year. Google, however, presents a different story.

While Amazon and Facebook spend more on ‘pirate’ ads, the research report singles out Google and dedicates a separate section to the company.

“Despite having a sophisticated and dedicated program to protect advertisers and block ads to illegal publishers, Google is a significant contributor to the piracy ecosystem,” the research notes.

“Google paid pirate operators millions of dollars to place its own ads on their illicit piracy apps. Given the company’s boasts about its analytical prowess and data expertise, it seems far-fetched that Google doesn’t know how it’s spending millions of dollars”

In addition to advertising on pirate sites and apps, Google is also called out for its role as an advertising platform. Through its ad platforms, the company facilitates ad placement for third-party brands as well. 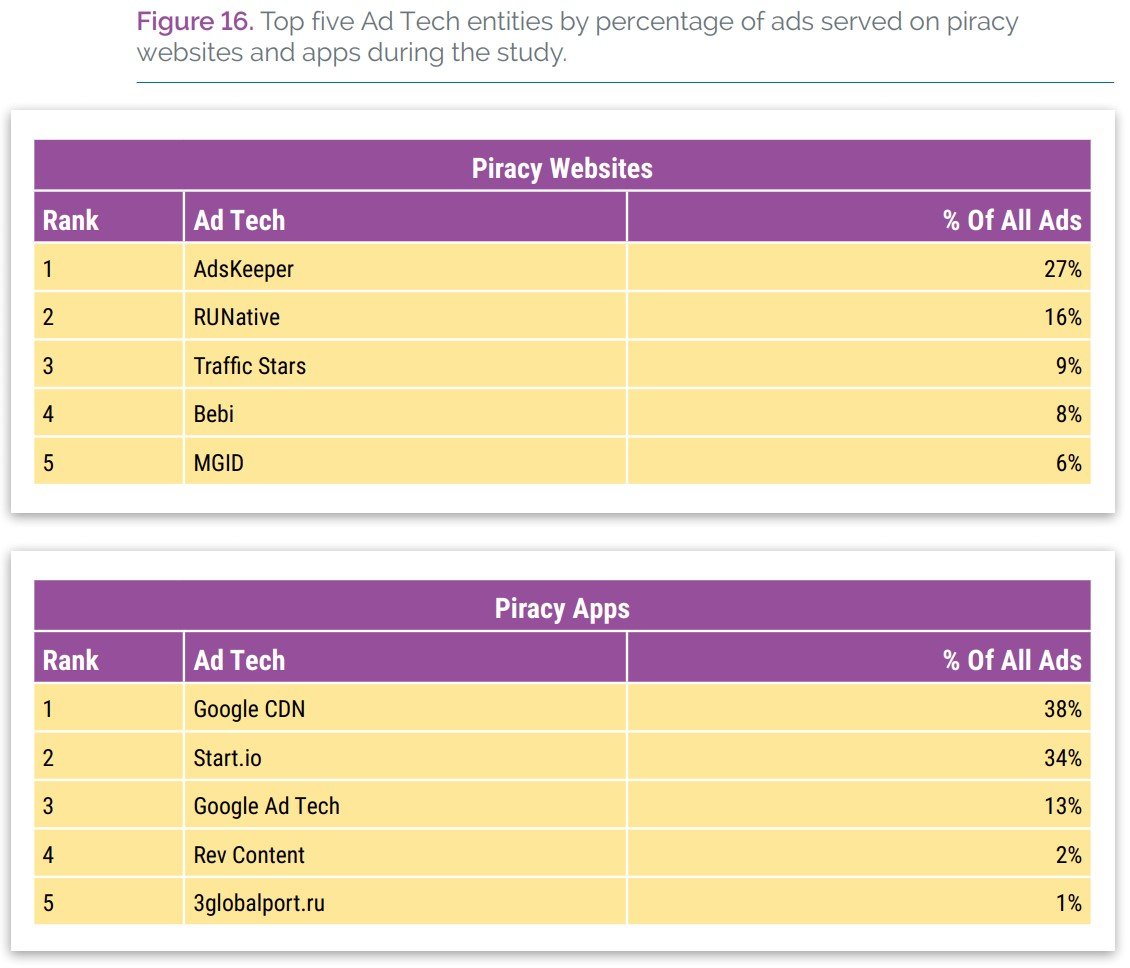 As shown above, Google’s tech role is particularly dominant on piracy apps, where Google CDN and Google Ad Tech serve more than 50% of all advertisements.

This isn’t the first time that the Digital Citizens Alliance has researched the money flow to pirate services. An earlier study concluded that the pirate IPTV market generates a billion dollars a year in the United States alone.

These types of studies are meant to provide insight into the scope of the piracy issue. They are regularly cited by copyright holders in legislative discussions, and also help to put pressure on the names companies directly.

That pressure is also apparent from the closing lines on the report, which end with a Hobson’s choice.

“Ultimately, it’s up to the advertising ecosystem to determine whether it wants to allow Ad Tech companies to serve both the reputable brands and publishers and the pirate operators, or instead to demand the entities choose whether to be exclusively on the legitimate or illegitimate side of the fence.

“But after this report, turning a blind eye to the entities that facilitate funneling $1.34 billion to pirates can no longer be an option,” the report concludes.

A copy of the “Breaking (B)ads” report, which was prepared by Digital Citizens Alliance and piracy and advertising specialists White Bullet, is available here (pdf)

The Witcher is one of Netflix’s undisputed hit series. The first season, which came out at the end of 2019,…

For many seasoned BitTorrent users, 1337x.to is a familiar name. The site has been around for fifteen years and is…

When we first read about White Rabbit years ago, we initially dismissed it as yet another attempt to make pirates…