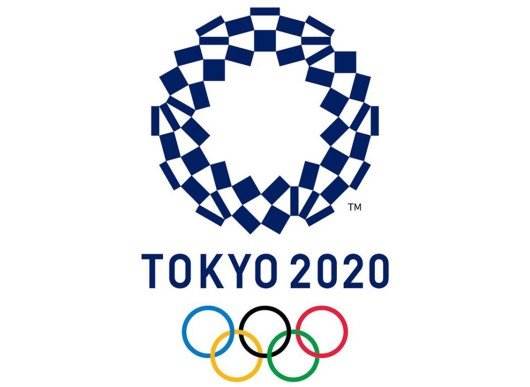 Attracting billions of eyeballs from all over the world, the Summer Olympics is the most watched sporting event.

While sports achievements are the main focus, the opening ceremony attracts one of the biggest audiences. This was no different last Friday when the Tokyo 2020 officially opened.

In the past, we also noticed a massive interest in the Olympics on various pirate sites. In 2008, the opening ceremony of the 2008 summer Olympics in Beijing was downloaded millions of times through torrent sites, for example.

Four years later, The Pirate Bay joined in when the site renamed itself the “Olympic Bay,” providing users with a direct link to newly uploaded torrents for the London 2012 games.

For the 2020 Tokyo Olympics, we haven’t noticed much activity on torrent sites. The opening ceremony and the sporting events are pirated on streaming sites, however, especially when cheap legal alternatives are lacking.

Despite the lacking Olympic torrents buzz, there’s still a major milestone to report. A few days after the Olympics got started, an 8K HLG rip of the opening ceremony with 22.2 surround sound started circulating on a private torrent site.

To our knowledge, this is the first time that a mainstream broadcast has been ripped in this quality. The release comes from the group TrollUHD, which is known for its high-resolution releases. The full ceremony is 135 Gigabytes in size, which means that it will take a while to download. 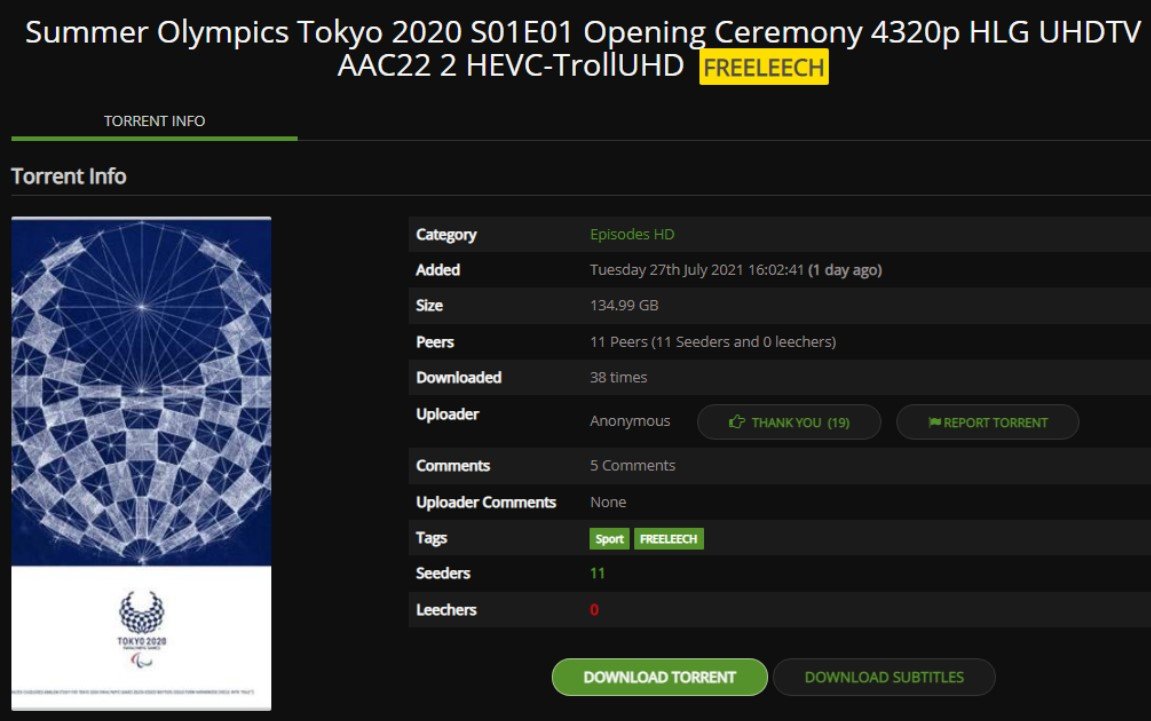 The source of the file is not mentioned, but the HLG format and the 22.2 audio matches up with the broadcast specs from Japan’s public broadcaster NHK. Other countries have 8K broadcasts as well, but without the 22.2 audio.

It’s only fitting that NHK’s broadcast is the first 8K mainstream release to get pirated. The Japanese company was the first to start working on 8K video in 1995, which was codenamed ‘Super Hi-Vision’ at the time. NHK Science & Technology Research Laboratories also developed 22.2 surround sound.

While the first pirated 8K release is a milestone, the intended audience is rather small. Downloading the file – which requires access to a private community – is only the first hurdle. Most people simply don’t have the hardware to support playback of these types of video and audio.

This challenge is also reflected in the comments from downloaders, where many people indicated that they struggled to get it to work.

Over the past few days, the International Olympic Committee worked hard to take down and block pirated content. This is in line with earlier comments, where the organization said that it’s extremely concerned with piracy. But given the small audience, we don’t think that 8K worries them too much now.

Scammers have been around for centuries but, on the Internet, they can reach broader audiences than ever. Most people are…

TV Piracy is Growing Rapidly in the UK, Data Show

There is little doubt that, for many people, on-demand streaming services have become the standard for watching TV-shows. The convenience…

Day in and day out, dozens of new movies and TV shows leak online. This is something most pirates simply…